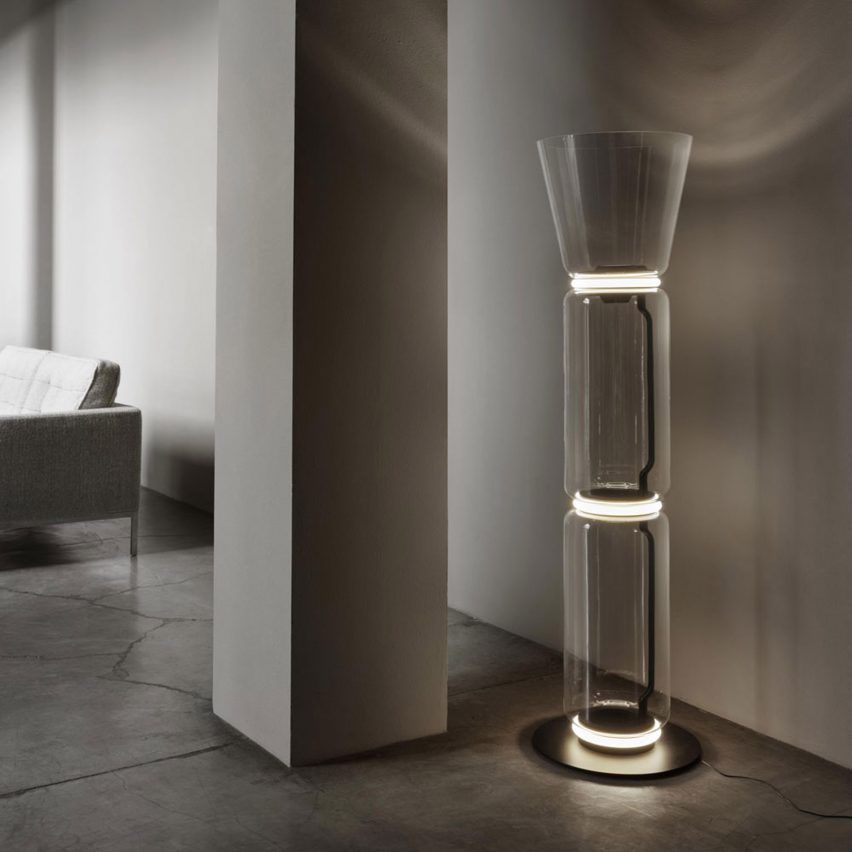 The Luminaire Lab exhibition will open on Thursday 5 December 2019 to coincide with this year’s Art Basel and Design Miami events.

Designs from Lissoni‘s limited-edition The Uncollected Collection, which he created for product design company Living Divani, will occupy the windows of the storefront on 3901 NE 2nd Avenue.

The Uncollected Collection was produced to celebrate both Living Divani’s 50th anniversary, and Lissoni’s 30th anniversary as art director.

Items in the series follow in the minimal, contemporary style of the Italian architect and designer, who is also art director of Living Divani. They include the delicate Sedia chairs made from slender elements of black steel rod and aluminium.

Called Noctambule, the pieces comprises cylindrical see-through glass modules stacked on top of one another, with the lighting threaded in between. Luminaire said they will be almost “invisible” during the day, but will light up the showroom at night.

The blocks can be stacked to form different in length, and come as either pendants or standing versions.

The end modules also vary to include from cylindrical volumes, triangular forms and bowl shapes.

Demeulemeester’s Glasses series, including water glasses, champagne coupes and flutes, wine glasses and tumblers in clear and green glass, will also be presented.

The exhibition will be held in the Luminaire Lab showroom at 3901 NE 2nd Avenue in Miami, Florida with an opening reception taking place Thursday 5 December 2019.

The post Luminaire to exhibit works by Konstantin Grcic and Piero Lissoni during Design Miami appeared first on Dezeen.