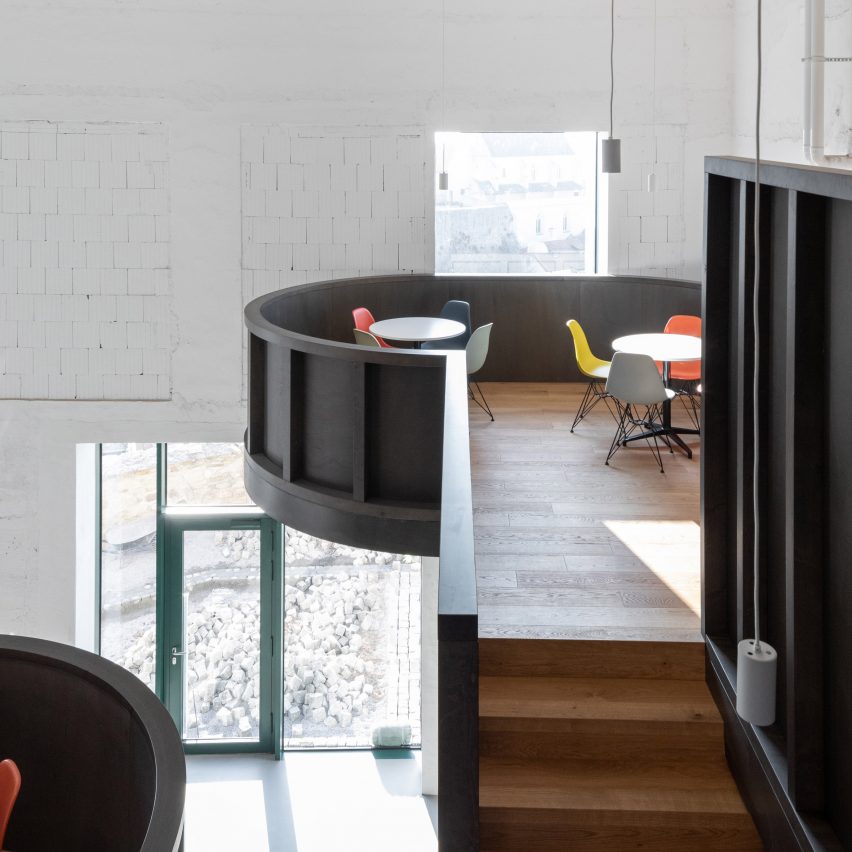 Located in Znojmo, a walled town in the Czech Republic’s winemaking region of Moravia, House of Wine is a wine bar and tasting rooms designed by Czech architects Chybik + Kristof.

The bar occupies two buildings – a converted 19th-century brewery and its adjacent technical space, which was added to the structure in the 1970s. Both overlook a ninth-century chapel and neighbouring gothic church. 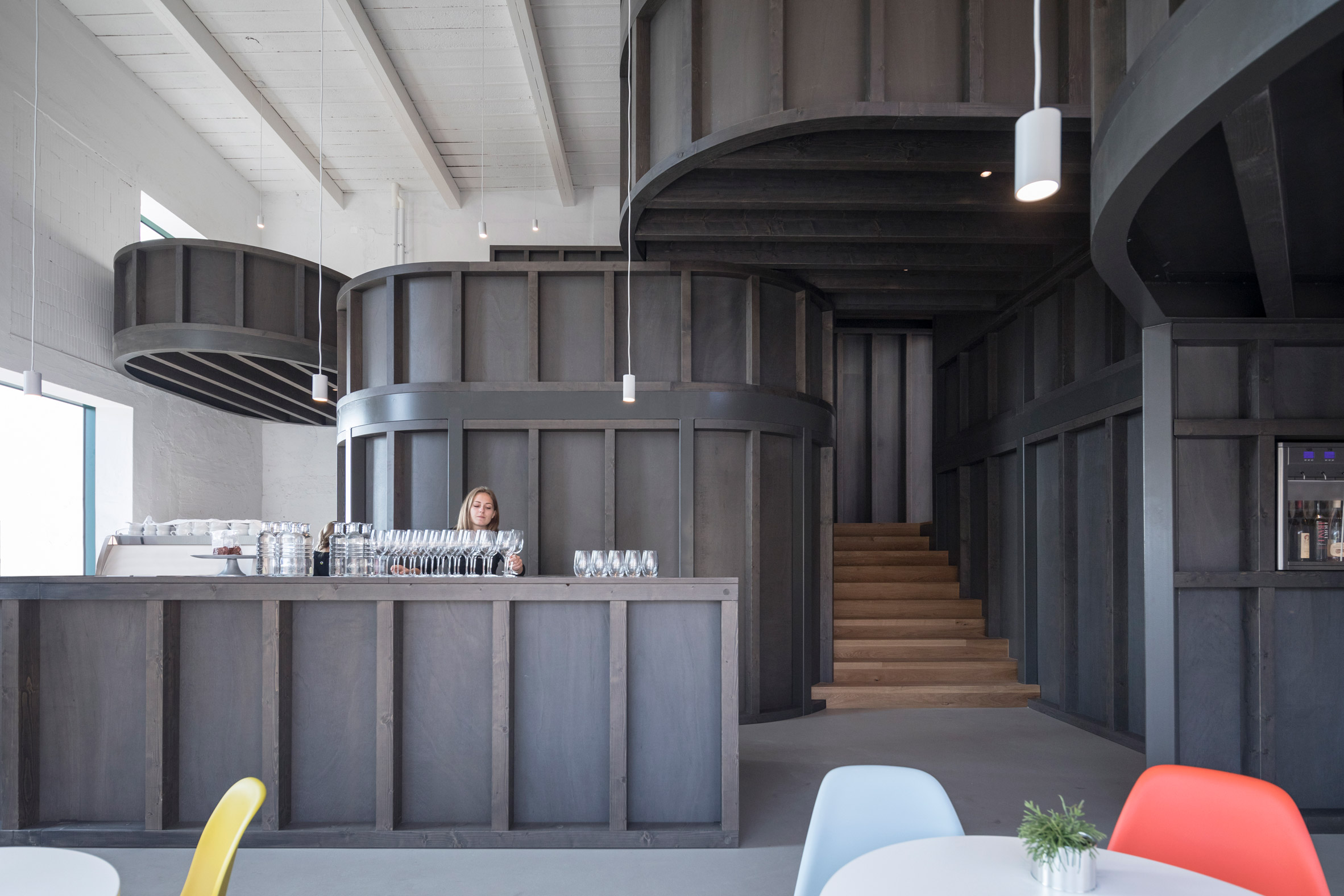 In the 19th-century brewery, the architects restored and preserved the building, reinventing the classical rectangular edifice as an exhibition space and wine bar where visitors can learn about the history of Moravian wine culture.

Meanwhile in the former technical hall, only the outer structure was preserved. The interior was completely gutted to create a double-height, all-white internal space dominated by a large wooden structure made up of stacked interconnecting platforms. 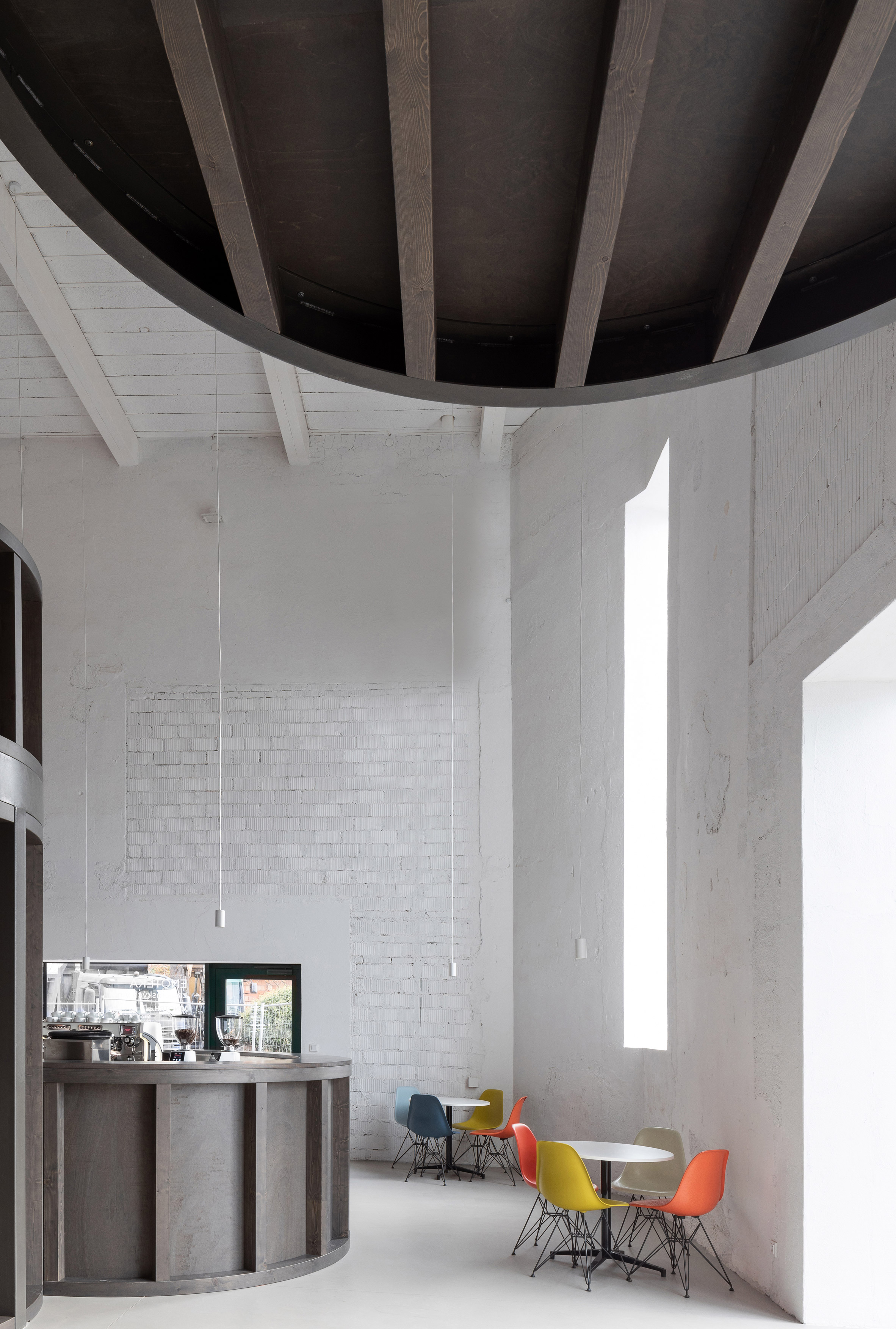 Made from steel profiles and spruce timber studs, the rounded volumes are set at different levels and connected by staircases.

Each one is clad internally with bent plywood and furnished with tables and chairs, providing elevated balconies for guests to sample wine while looking out across the space and through the building’s windows. 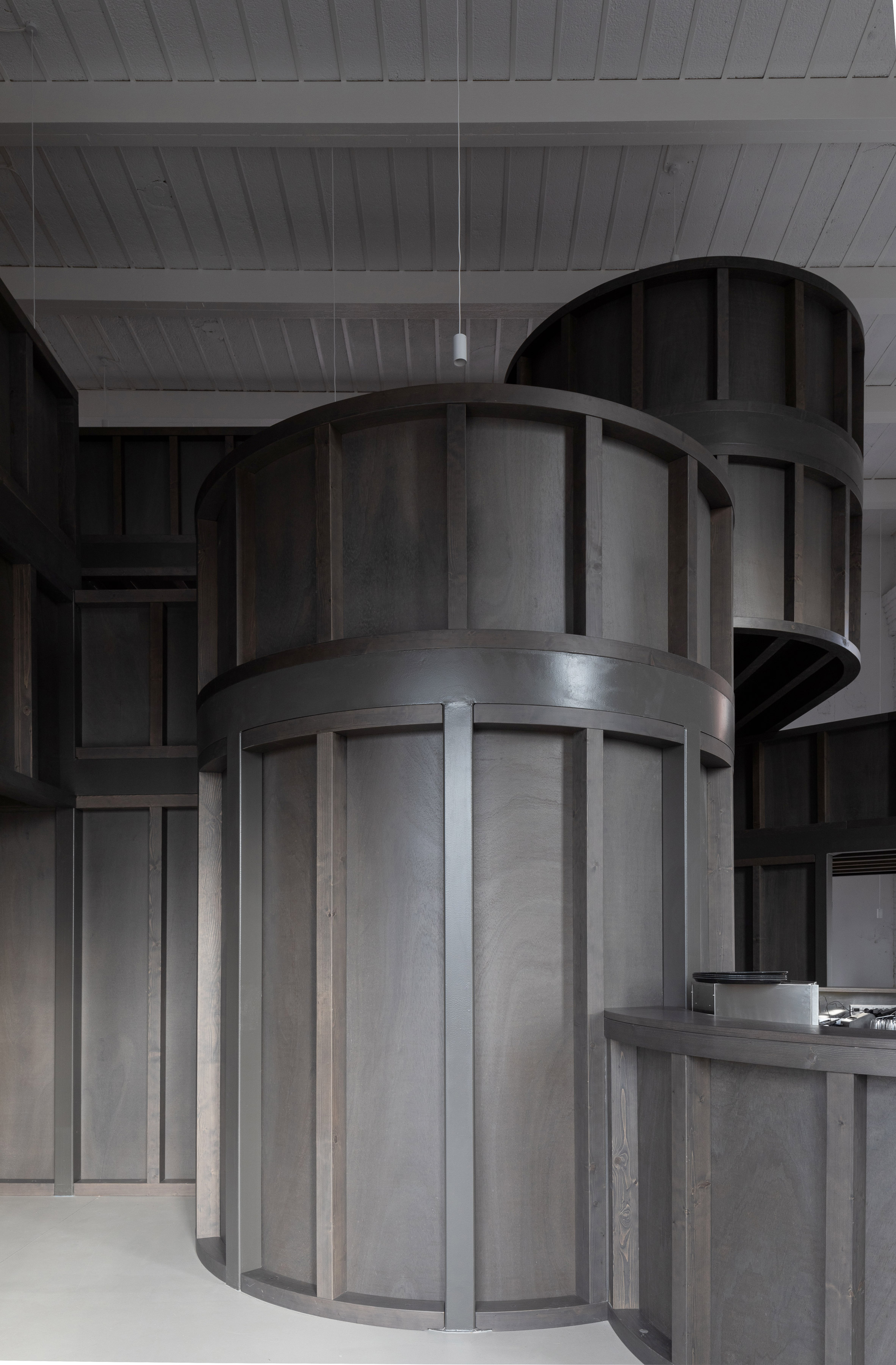 The architects said they wanted the structure’s internal spaces to recall the scale and atmosphere of the region’s traditional wine cellars, which were made up of cave-like interconnected rooms.

“The spatial concept and shape of the wooden insertion is based on dividing an existing volume into a set of smaller spaces,” the studio told Dezeen.

“These spaces have the same scale and irregularity as the historical wine caves dug into the rock in the region in the past.” The building’s asymmetrical windows are distributed to reflect the division of the interior space into various rooms and to open the former technical hall up to views across to the neighbouring churches, the town and the river valley.

In turn, the colours of the surrounding landscape are reflected in the building’s chalky beige facade. “The presence of two distinct structures, each with its own history and original function, inspired us to adopt likewise distinct approaches to renovation.” “On the one hand, we adhered to a rather orthodox restoration, based on preservation; on the other hand, we embrace a more experimental – and unusual – approach which fully rethinks the initial structure,” he continued.

“In doing so, we immersed ourselves in the town’s heritage and landscape, while establishing the House of Wine as a part, a reconciliation and a continuation of its architectural history.” 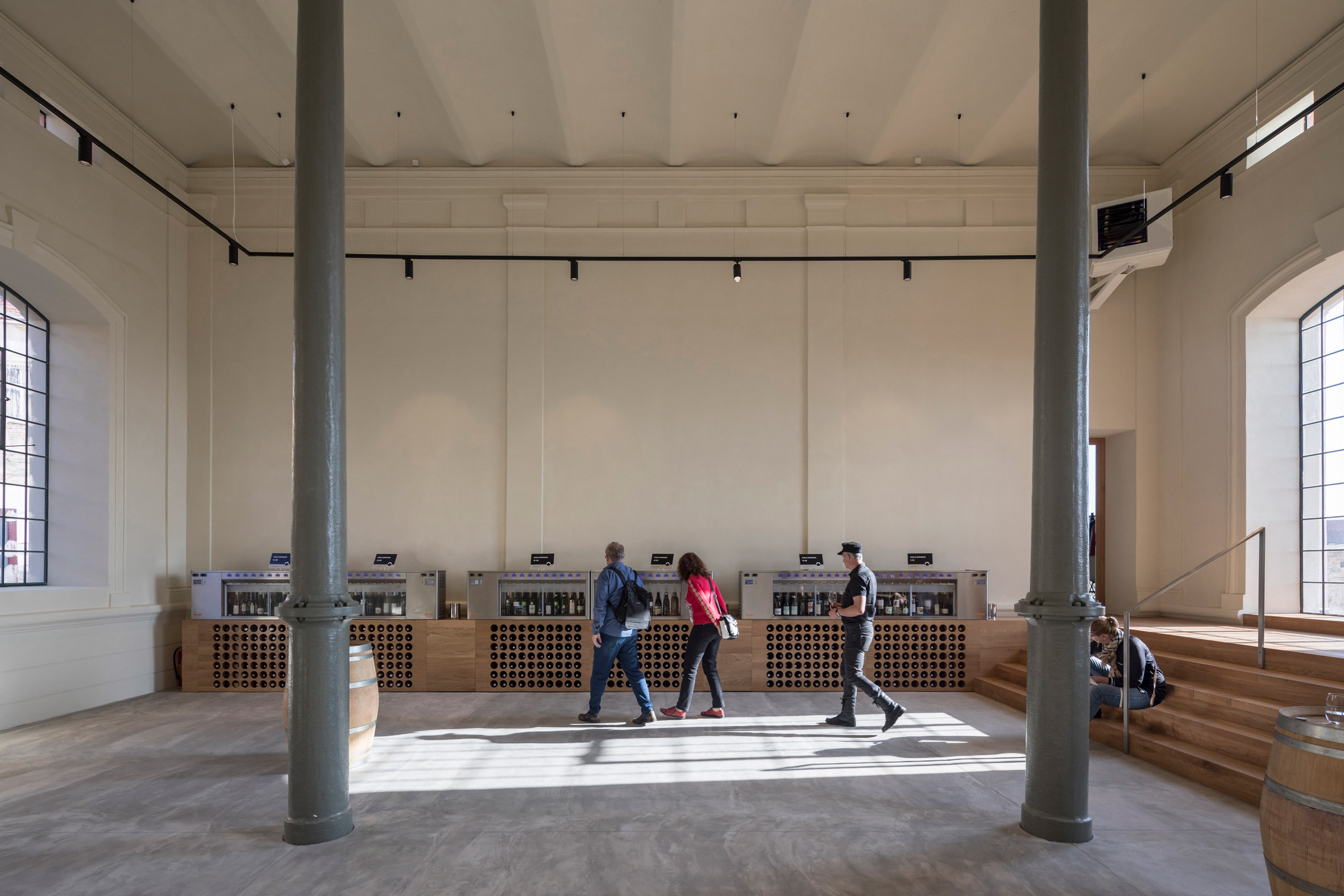 With offices in Prague, Brno and Bratislava, Chybik + Kristof was founded in 2010 by Ondřej Chybík and Michal Krištof. The studio’s previous projects include a furniture showroom in the Czech city of Brno which is clad with 900 plastic chairs.

Photography is by Alex Shoots Buildings and Laurian Ghinitolu.