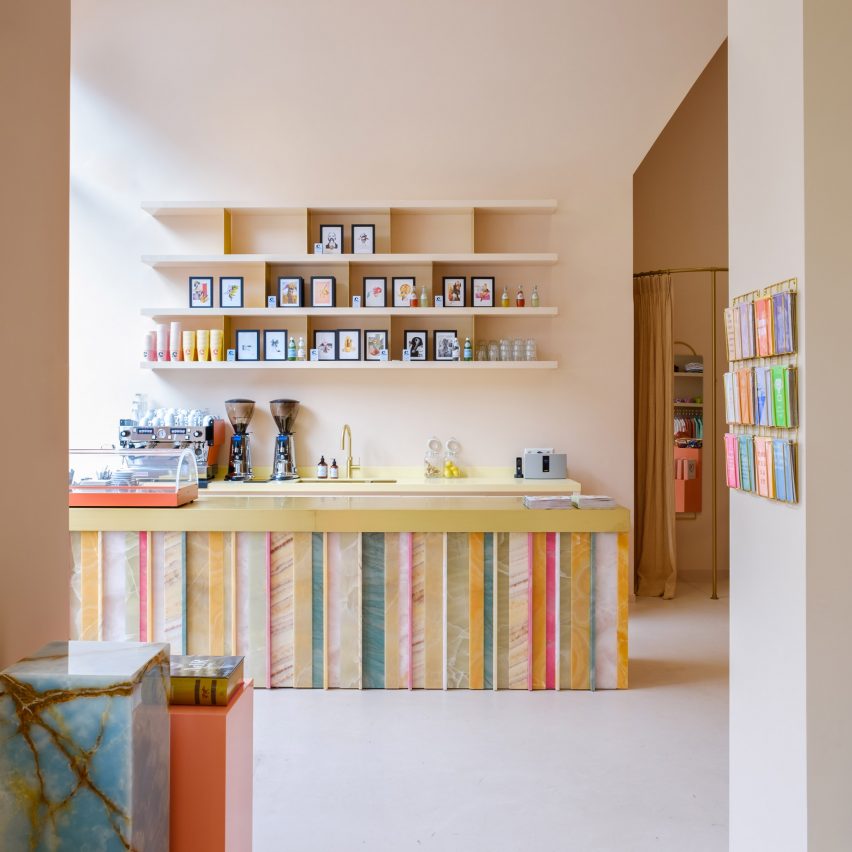 Pastel-hued surfaces and colourful onyx feature in a hybrid office, store and cafe in Amsterdam, designed by Anne Claus Interiors.

Created for media company &C, the 600-square-metre workspace takes over the ground floor of an old bicycle factory in the city’s Pijp neighbourhood. 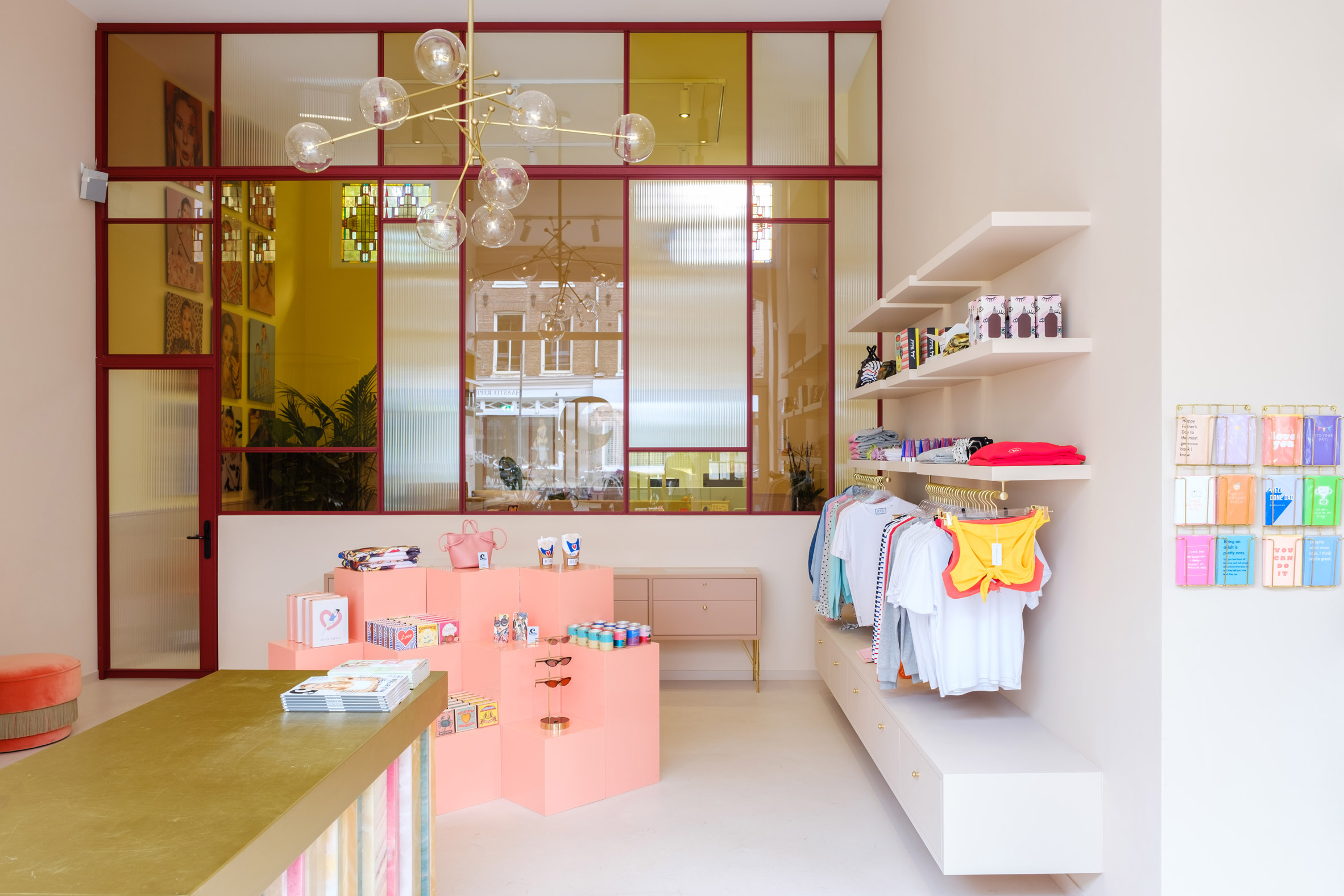 The directors of &C – Dutch actress and presenter Chantal Janzen and her husband Marco Geeratz – asked Anne Claus Interiors to make a “joyful, vivid and stimulating” space that accurately reflects the style of the brand’s various platforms.

These include a monthly magazine, website, app, online shop, TV programs and live events aimed at women aged 18 to 48. 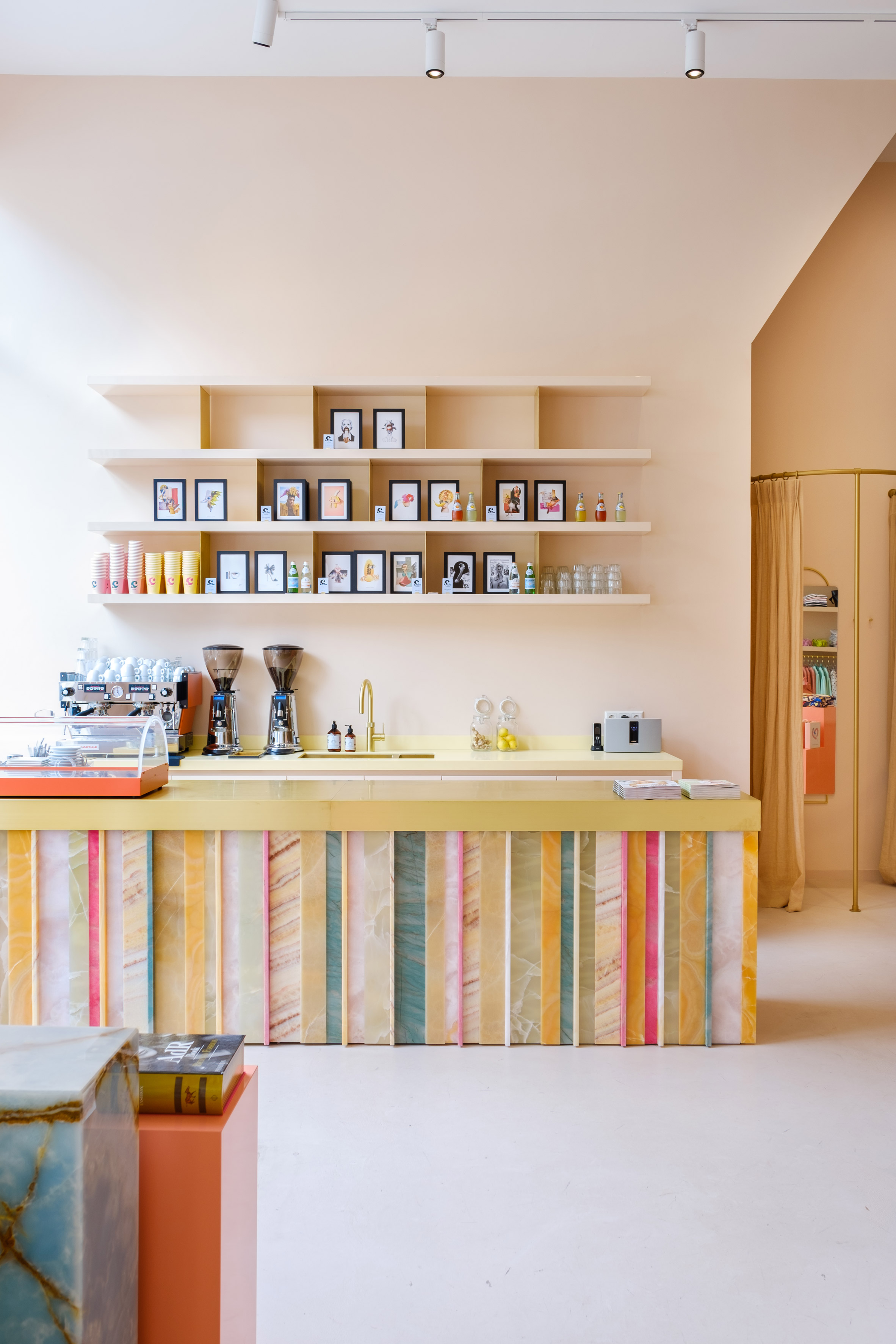 The studio has placed a stripy bar counter made from different-coloured slabs of onyx at the centre of the office.

The semi-precious stone has also been used to make display plinths for the shop, round tabletops in the cafe and the boardroom table. 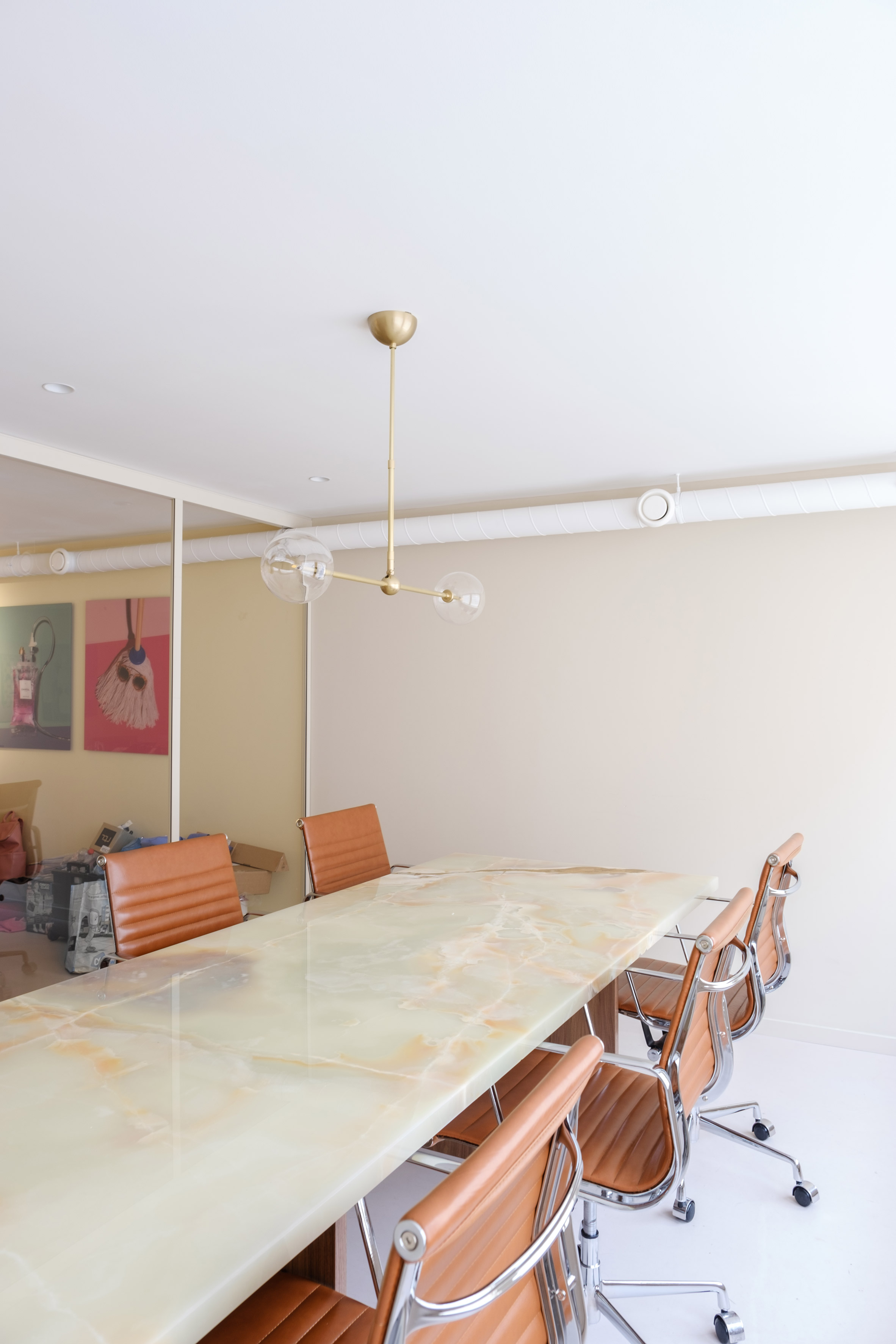 “The bar was a challenge to create and install,” said David Mahyari, CEO of SolidNature, the company that supplied the stone. “It involved a lot of hand craftsmanship as the piece incorporates different layers, colours and sizes of onyx.”

“We used a lot of onyx in the bar because it has a transparent and soft feel,” he added. “It also comes in the colours and tones which suit the &C brand.” 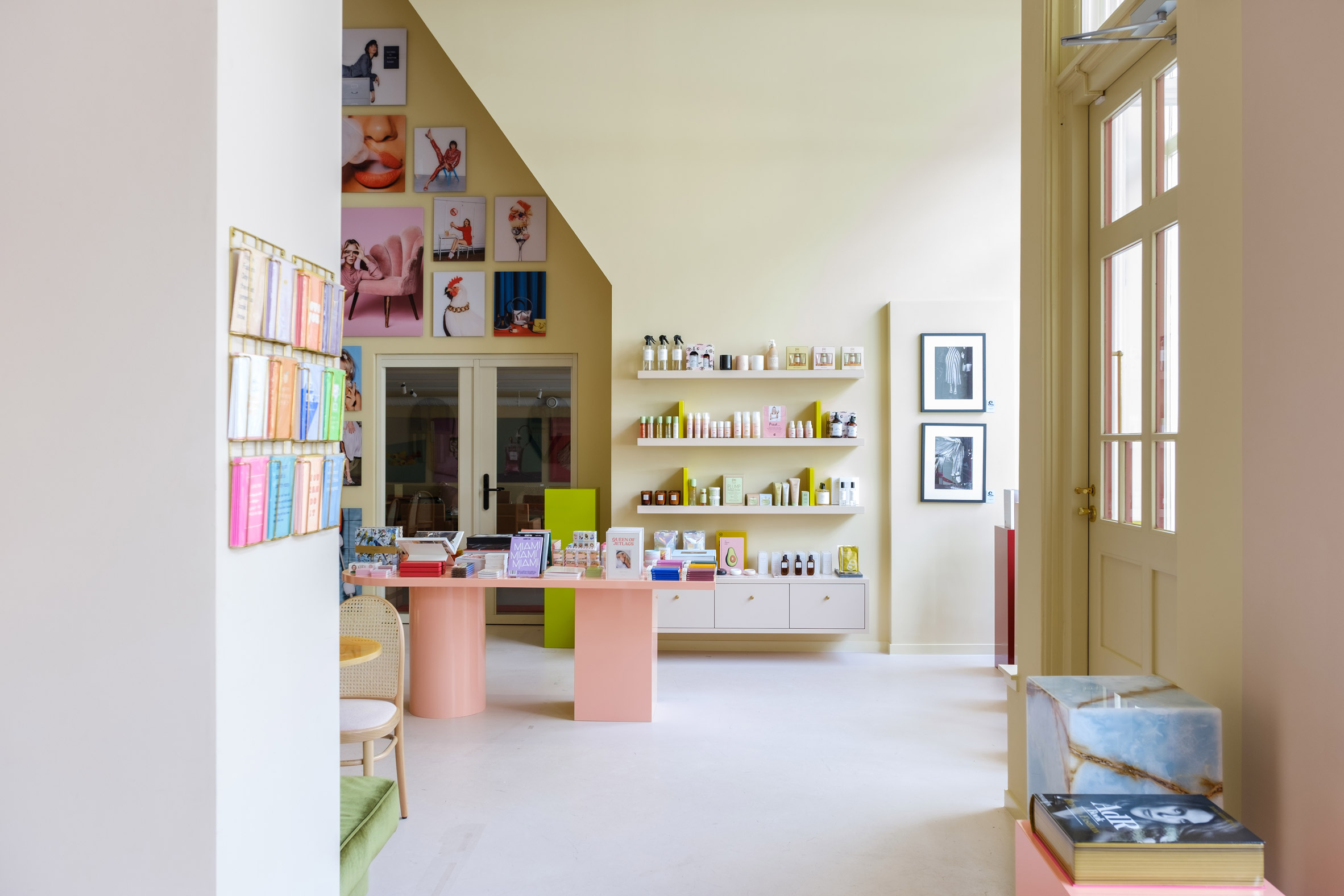 The studio has also erected a red-framed steel partition to divide the office – which was originally a singular room – into separate staff and public areas.

Made up of different-sized panels of yellow-tinted and reeded glass, the partition provides a degree of privacy while also allowing light to filter through.

“I wanted to separate the store from the office but keep the transparency of the space and that’s how we came up with the steel and glass partition,” the studio’s eponymous founder, Anne Claus, explained. 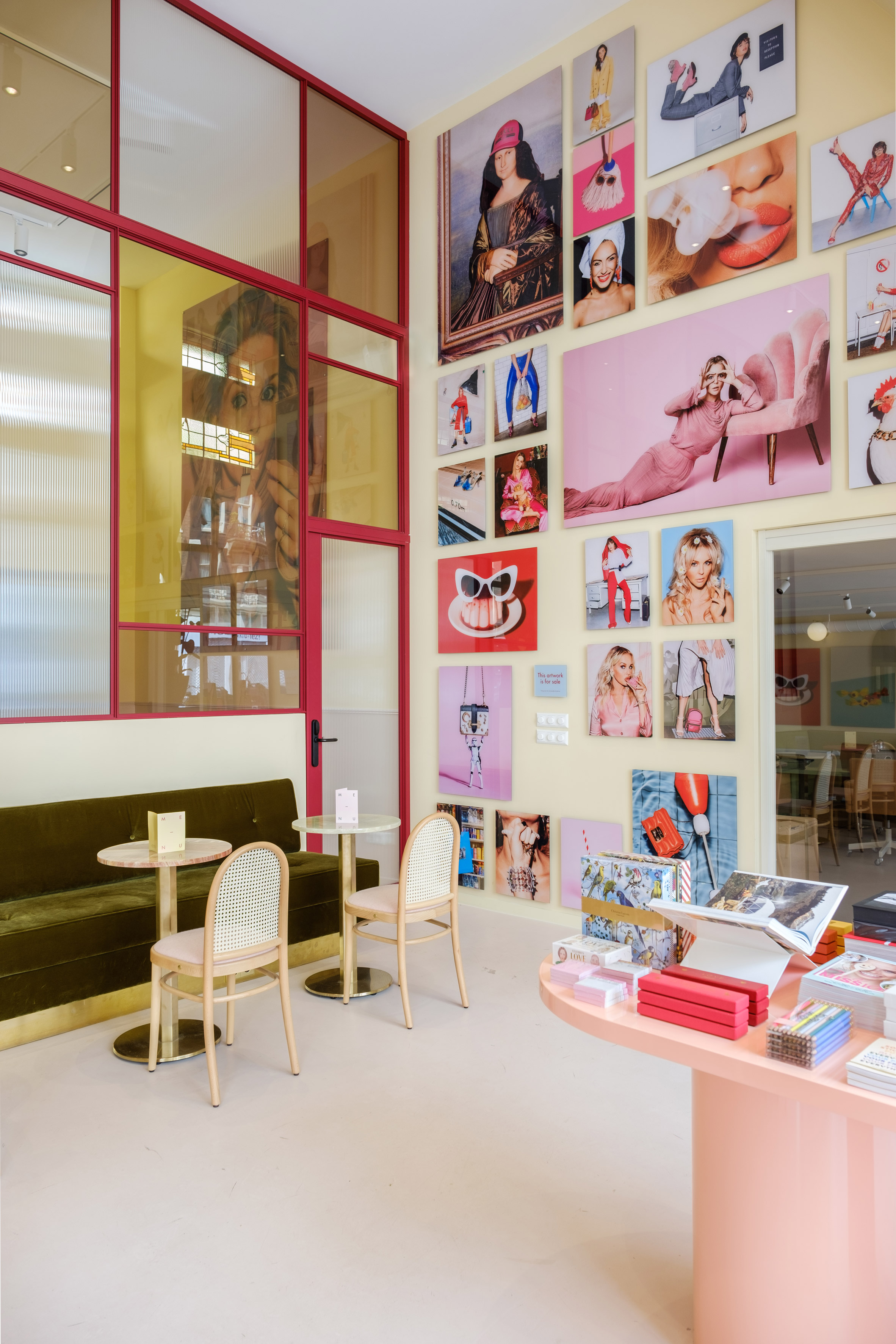 In the shop, the studio has made the most of the building’s height by mounting a bold array of posters all the way up to the edge of the ceiling.

A corner of the shop has also been furnished with an olive-green seating banquette, bentwood cane cafe chairs and fringed, semi-circular wall mirrors. 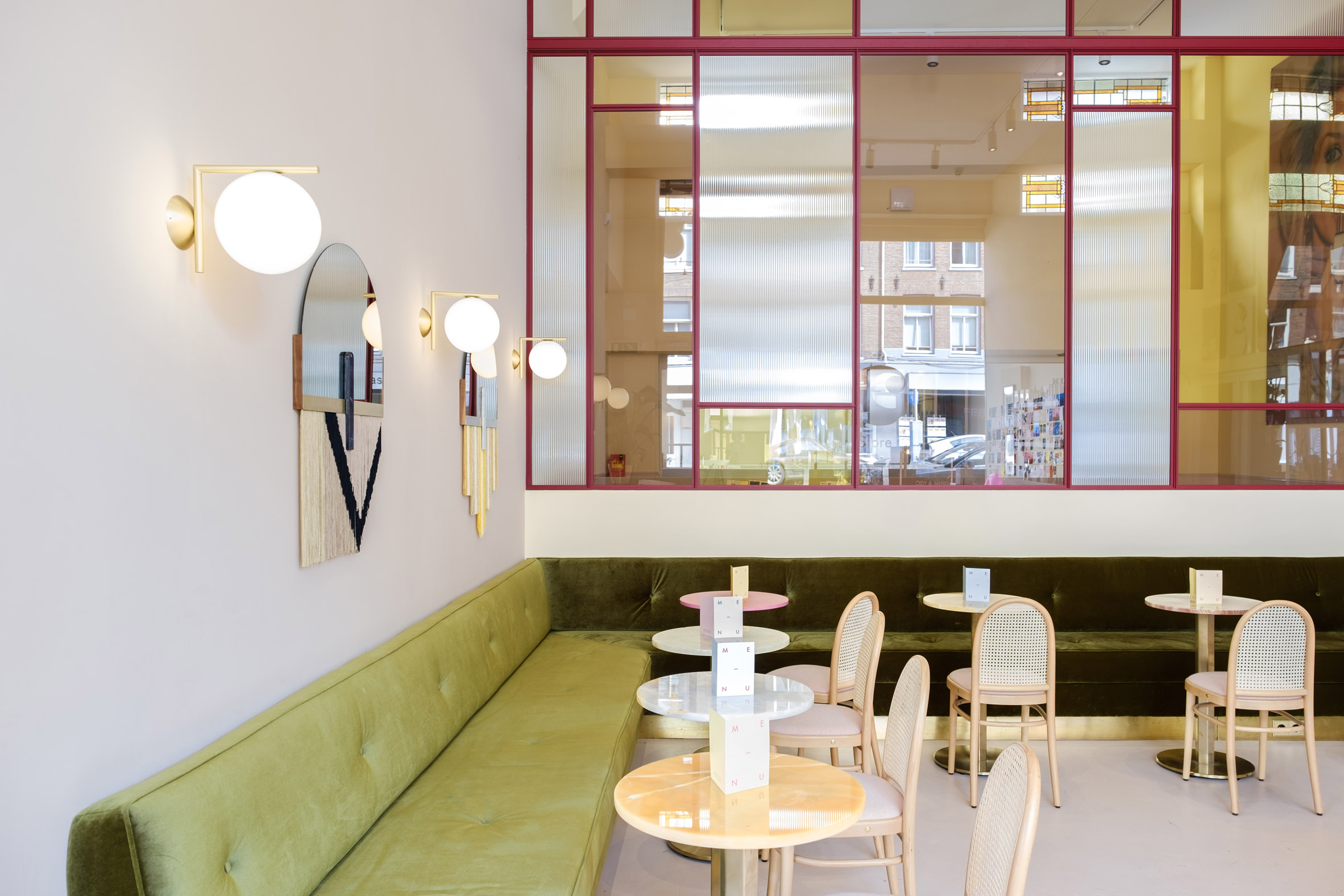 Other design-focused workspaces in Amsterdam include the office of real-estate agent Flowpolis, which Space Encounters overhauled to feature a bright-blue walkway, curtained partitions and a dangling punchbag that staff can use to relieve stress.