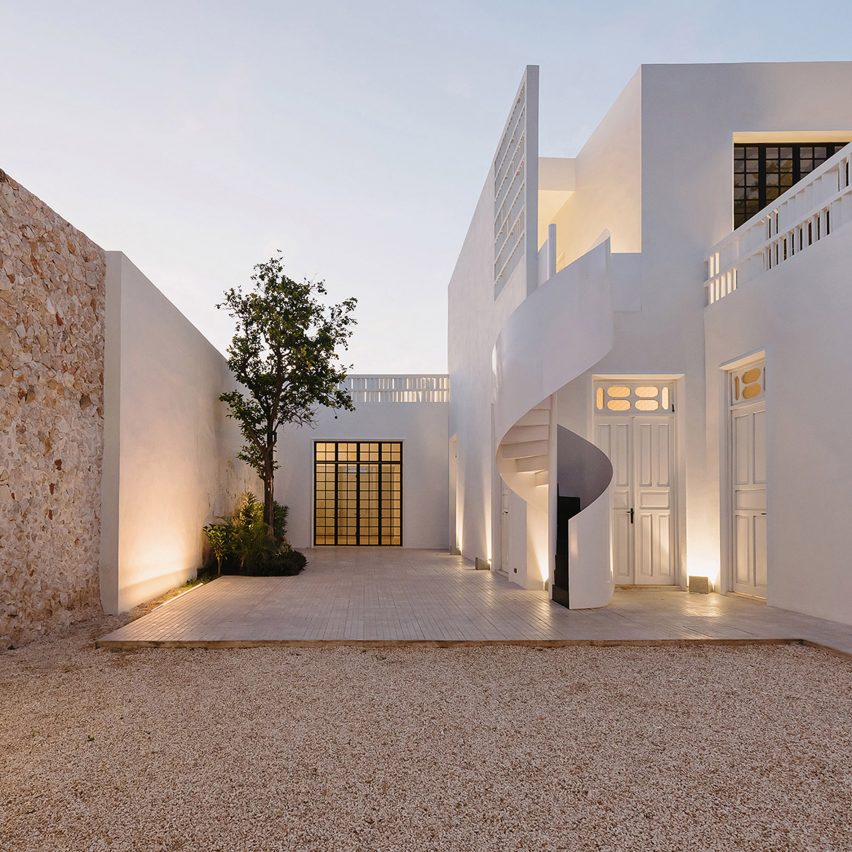 A colonial house in Mérida, Mexico has been revitalised into a cultural hub for the city’s annual festival of lights by local studio Workshop Architects. 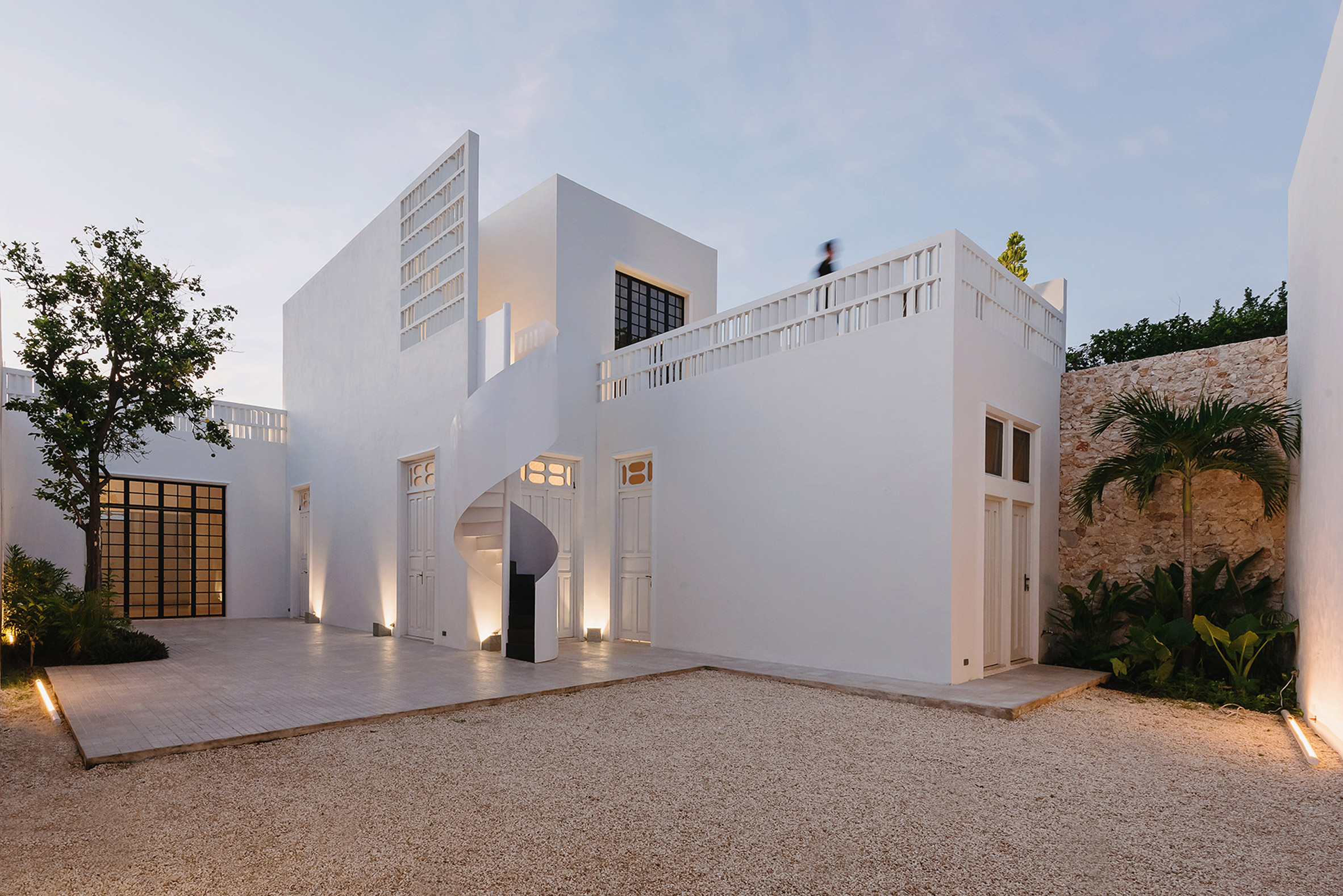 Workshop Architects renovated the historic structure in the city’s downtown area, with the aim of preserving architectural details that reflect Mérida’s rich colonial heritage while updating the building for the 21st century.

The architecture studio repainted both the exterior and interior of the building bright white and retained existing wood doors, colourful tile floors and gridded windows to evoke the character of the property. 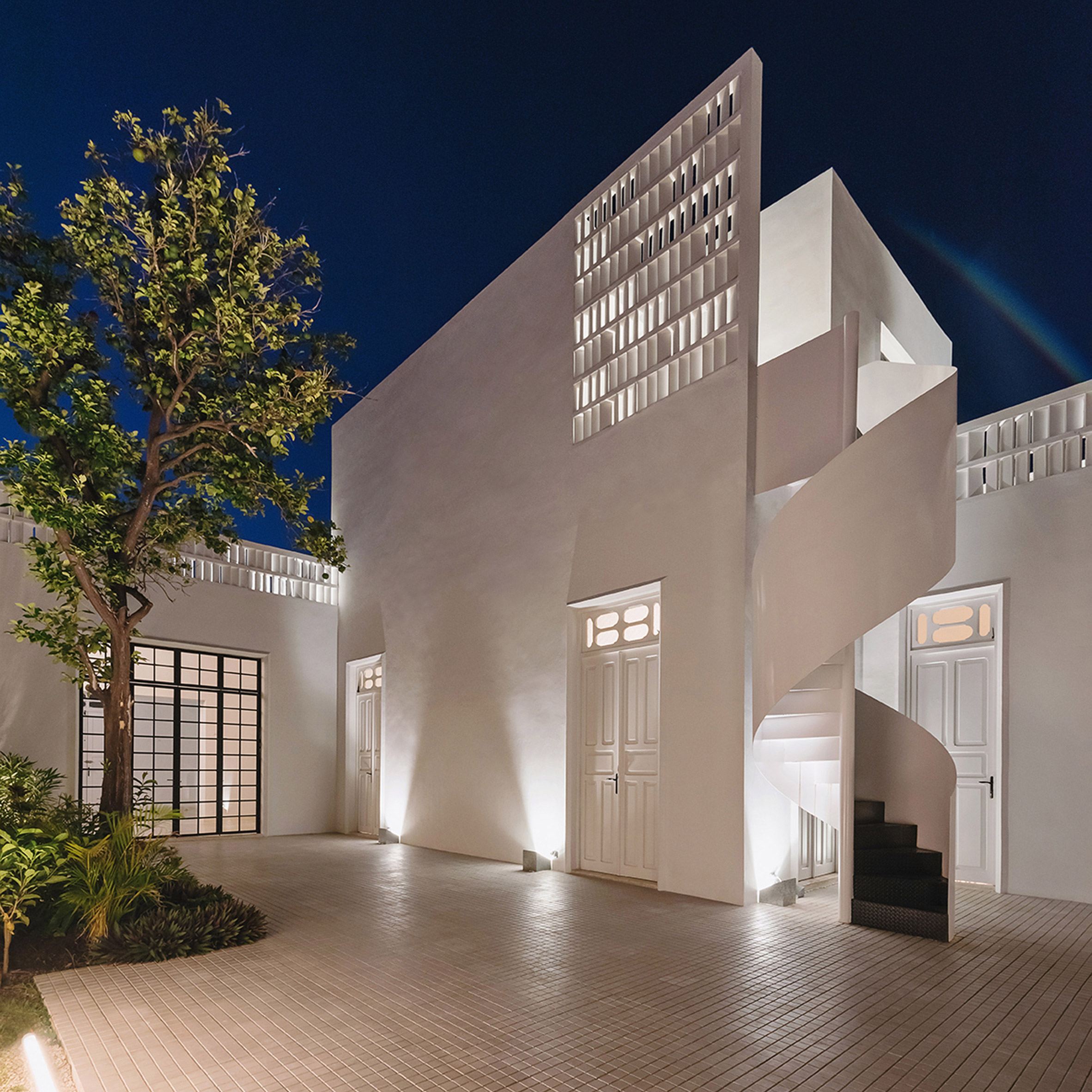 The two-storey structure, called Filux Lab, has five rooms on the ground level that are accessed from a tiled patio and pebbled courtyard. Inside, the rooms are left bare for temporary lighting installations for the festival.

“Filux Lab’s international program is based on experimentation, production, promotion and exhibition of cultural projects which take light and cinema as their starting point,” said Workshop Architects.

“All the elements that make up the building’s architecture – including floors, walls, ceilings, and doors – can be used for artistic interventions. White and neutral colours came from this same need.” 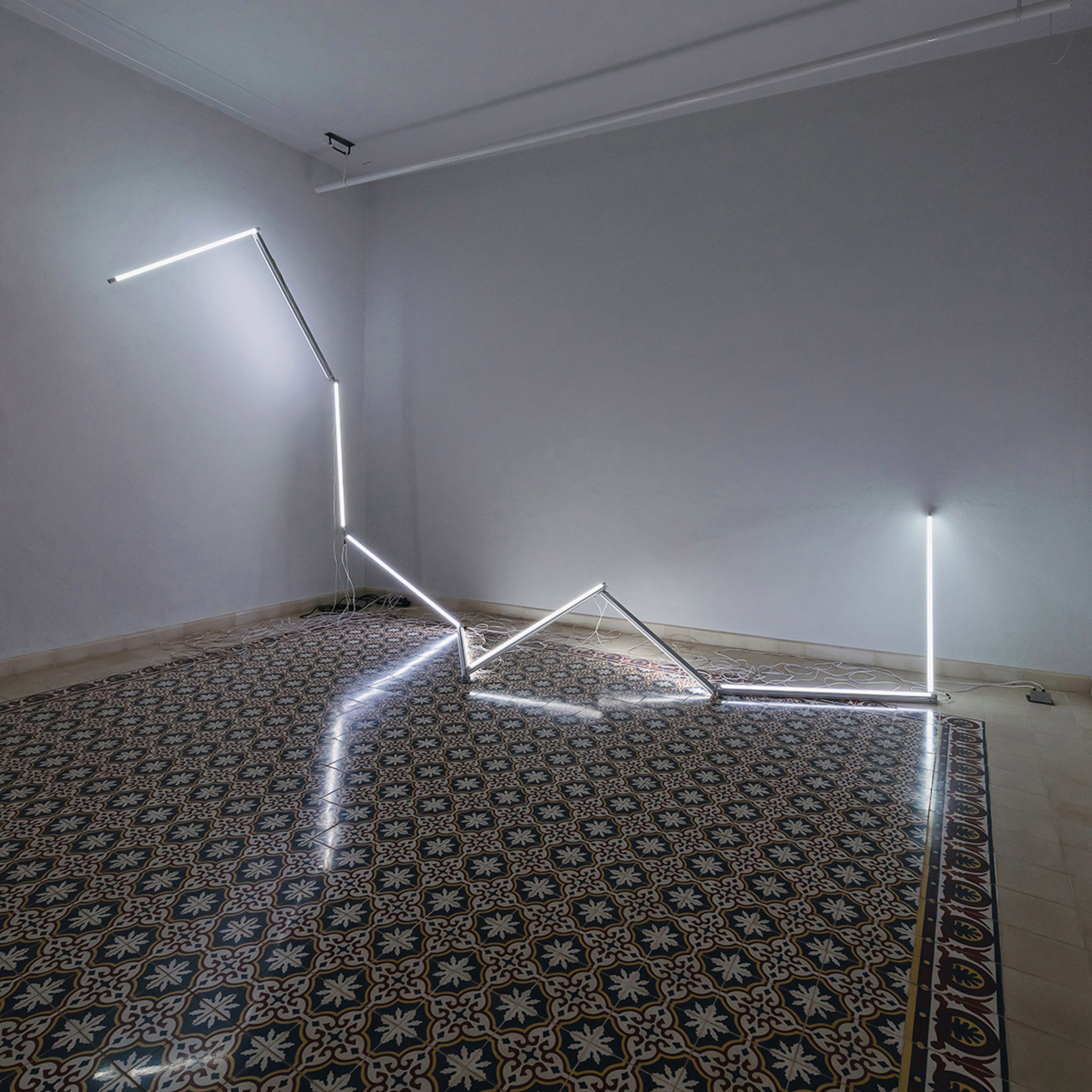 None of the exhibition rooms has fixed lighting, ensuring each is flexible and adaptable for use during the festival.

Some of the light designs that have already been featured in Filux Lab are by artists Orfeo Quagliata, Toto Martínez with Benjamín García, Miguel Bolivar, Luis Ramírez, Diego Cano and Marcelo Schuster. 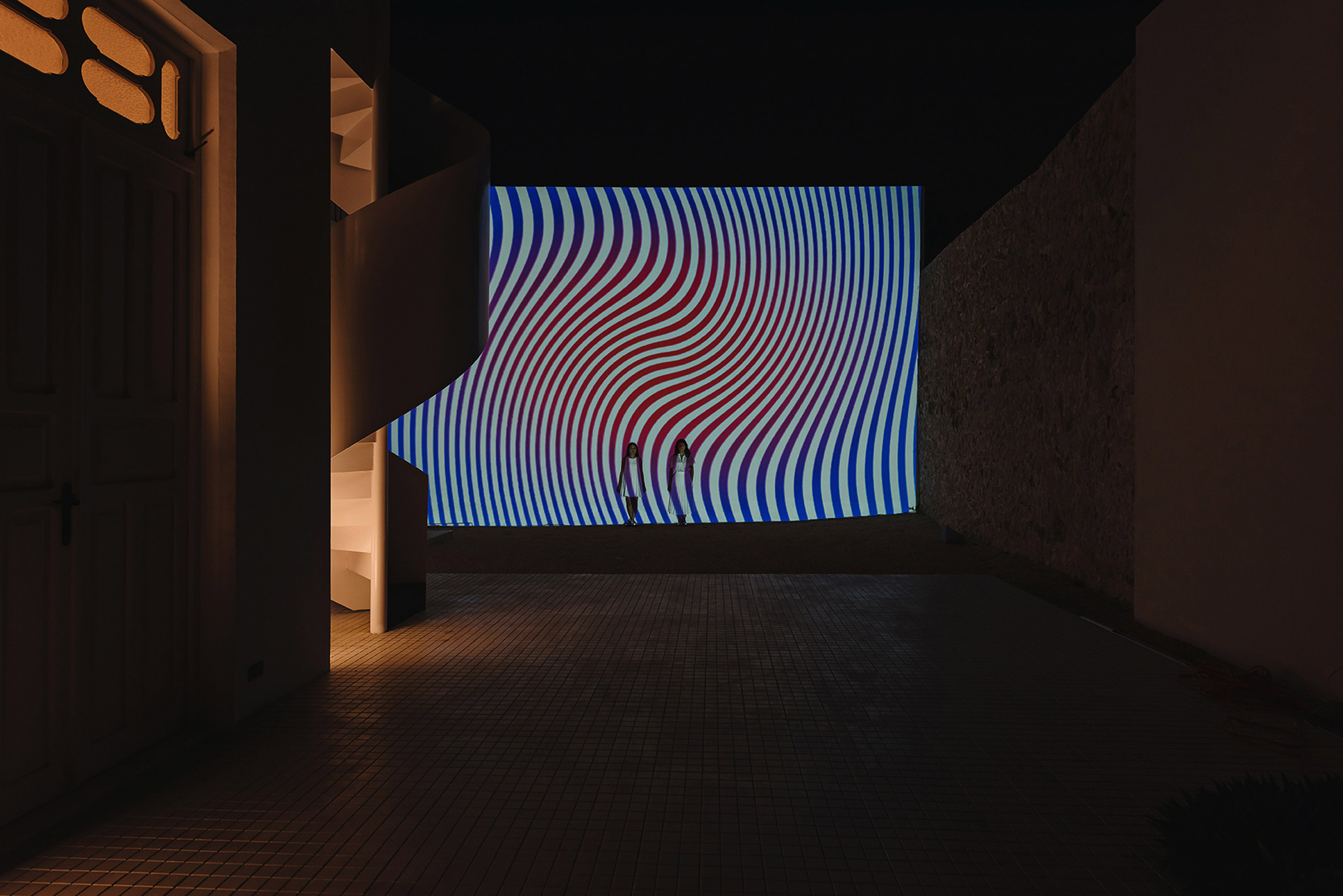 Filux Lab aims to engage the local community with art and its courtyard has a graphic projected onto a wall at nighttime to create an immersive outdoor experience.

“It serves as a meeting point between artists, experts and the public,” said Workshop Architects.

“The back esplanade, with its more modern and bold design, breaks with the traditional reading of the Yucatan colonial architecture,” the studio continued.

“It invites users to experiment with the high walls that are ideal for projections and that, thanks to the different mouldings around the openings and the use of lattices in the walls, offer endless options to play with lighting.” 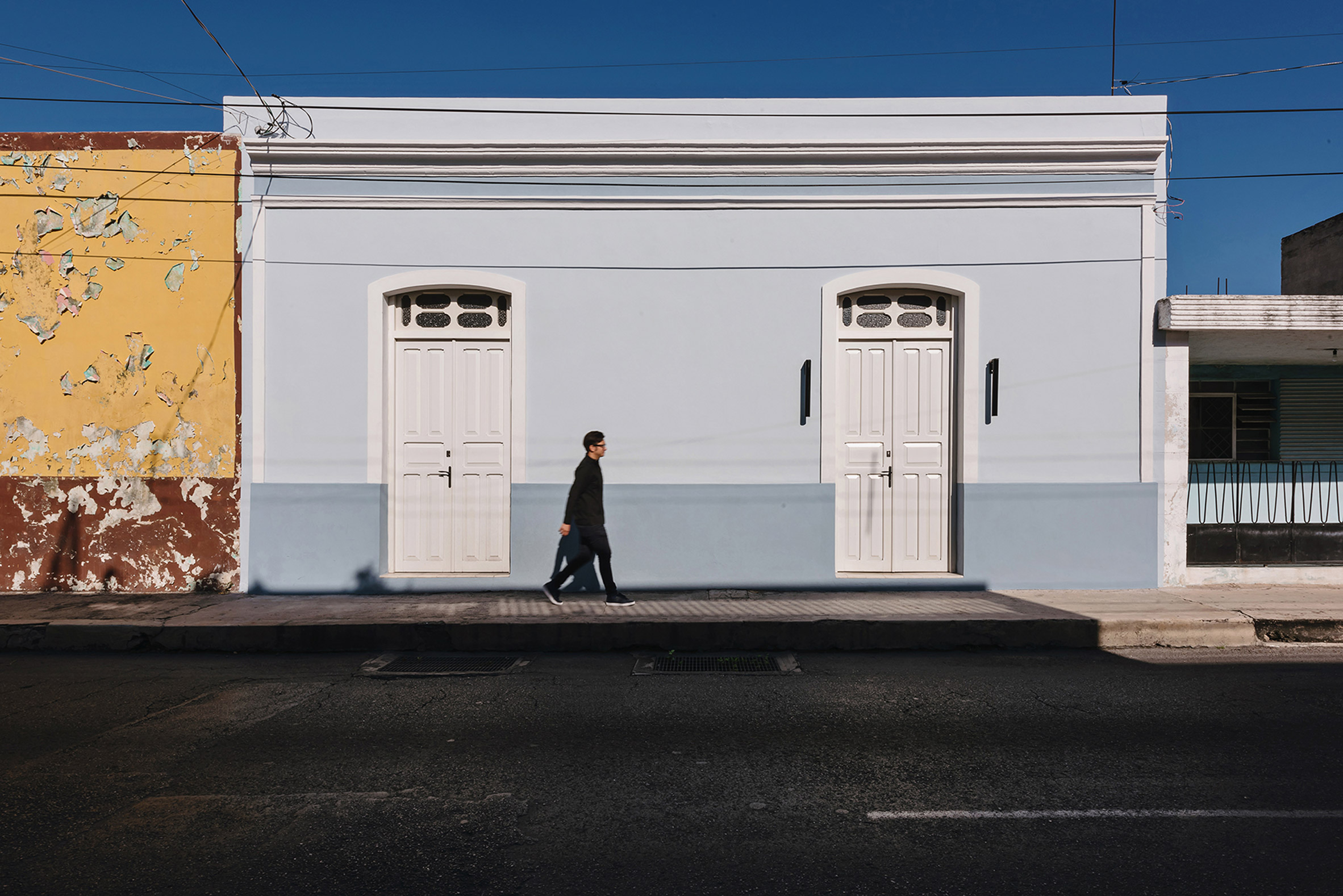 The building’s one-storey street facade, which contains the art centre’s entrance, has been repainted light blue. This barrier is in contrast to the stark white of the rooms that surround the courtyard.

Above the exhibition spaces on the first floor of the centre are administrative offices, accessed from a sculptural, spiral steel staircase painted white to match the rest of the building. 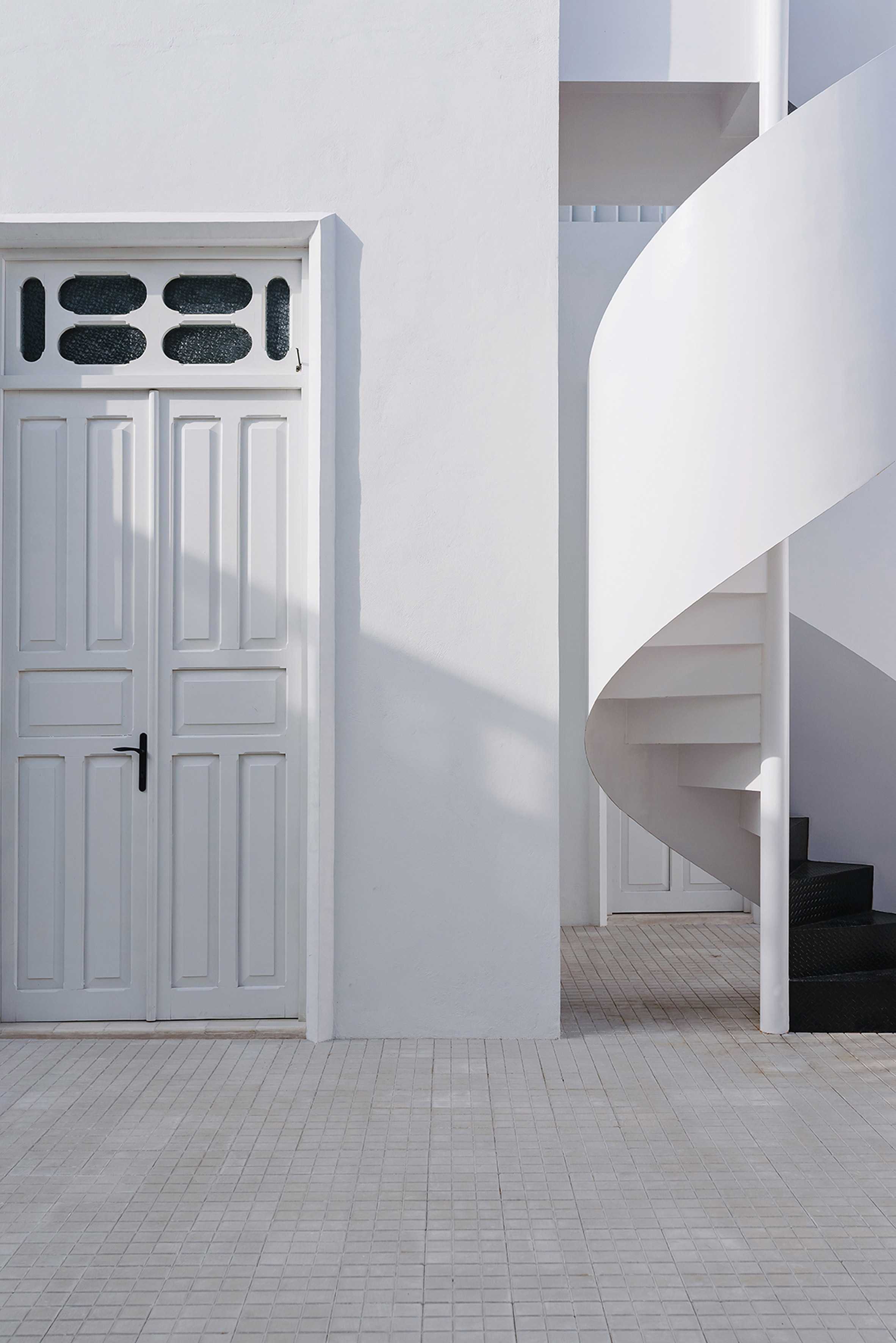 Filux Lab is complete with a small rooftop patio, and two restrooms on the ground level.

In addition to this project, other buildings in Mérida are the Palace for Mexican Music concert hall and TACO’s pink-toned architecture studio.

Photography is by Tamara Uribe.