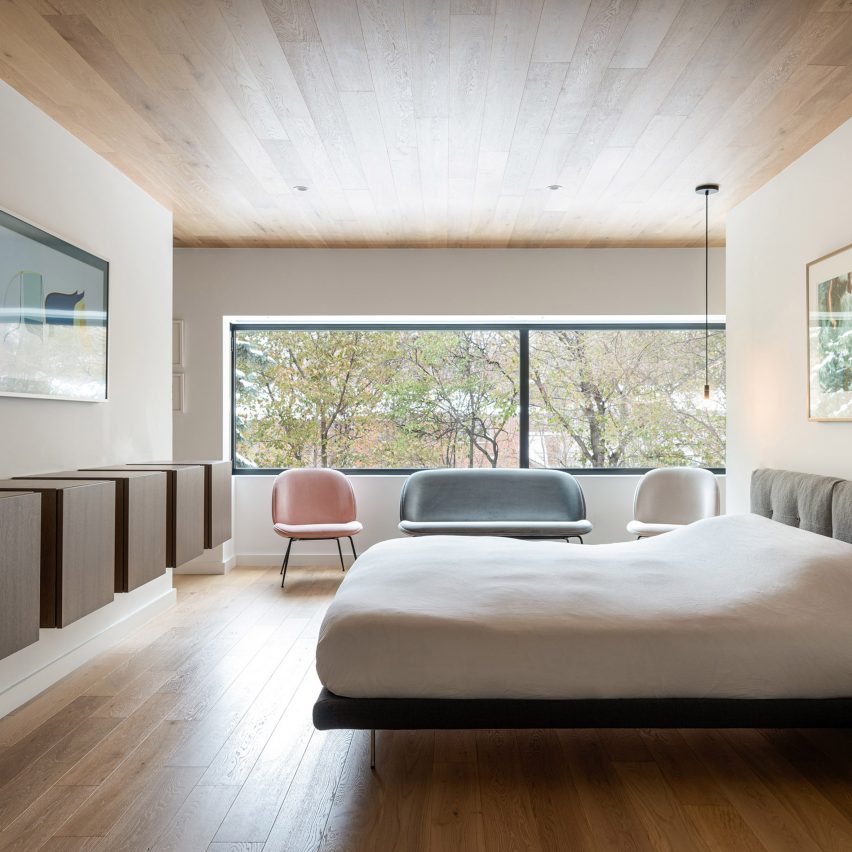 Canadian architectural practice StudioAC has taken cues from the work of late American designer Donald Judd for fittings inside this Toronto home.

Called Shallmar Residence, the two-storey home was renovated by the local studio for a family of five with an impressive collection of Canadian art. It dates back to the 1950s and is located in the city’s Forest Hill neighbourhood. 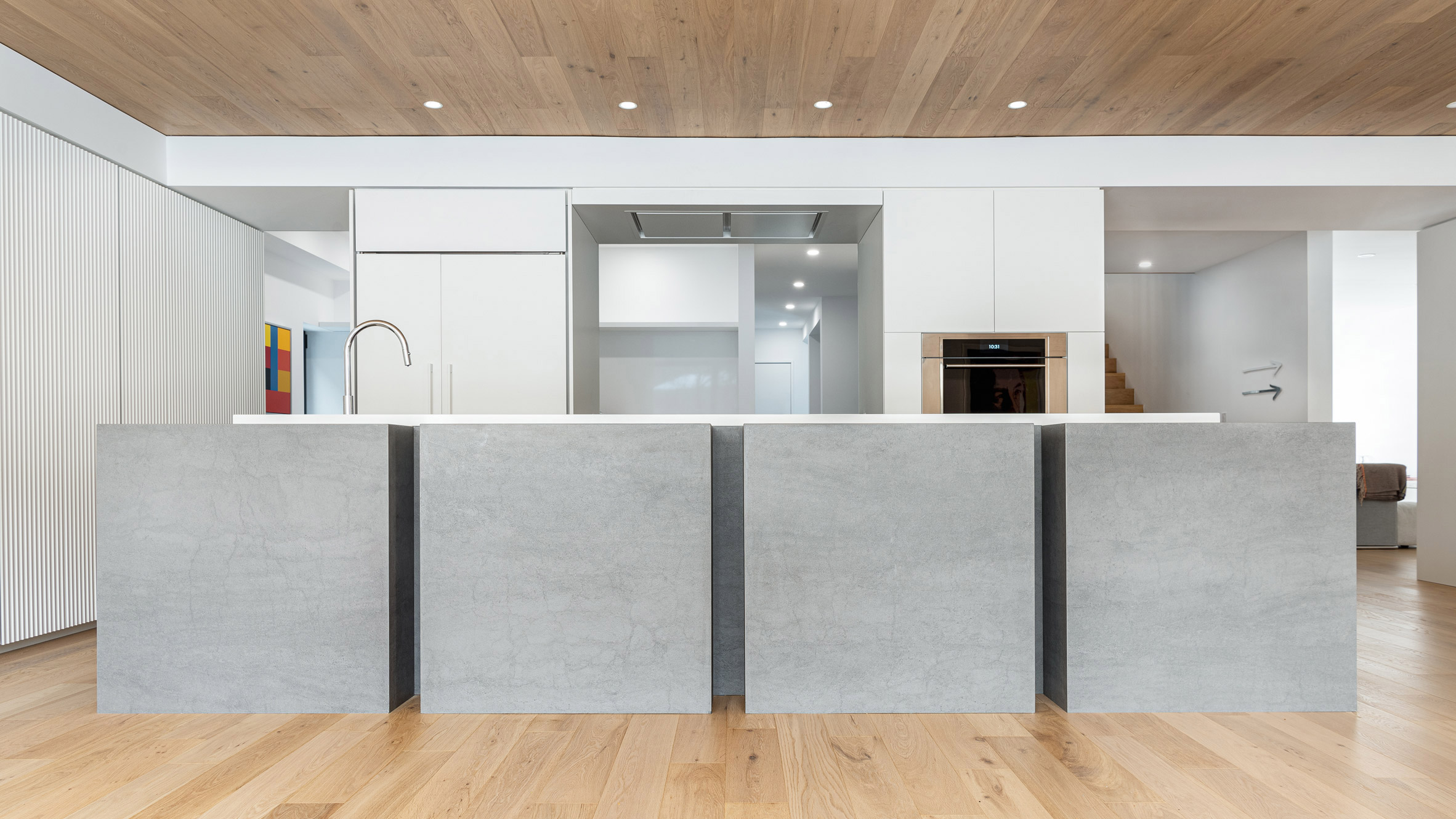 Throughout the house, cabinets are used to evoke the designs of the minimalist artist and sculptor Donald Judd, like cubed structures that will be in a retrospective at MoMA this year.

“As a home for art collectors, it functions as a house disguised as a gallery,” said StudioAC. “The millwork is designed as sculptural and textural elements to integrate as objects within the gallery.” 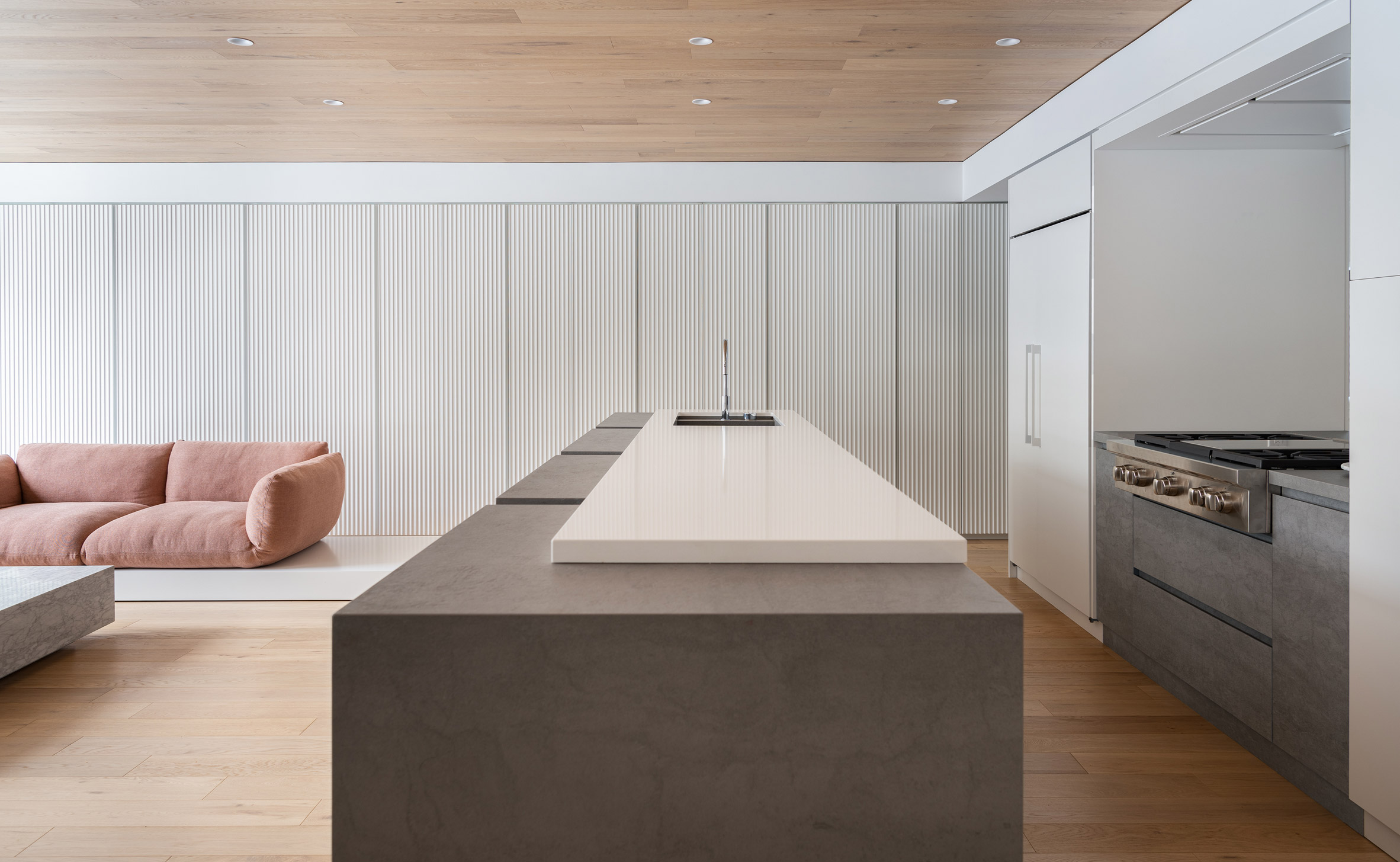 An island in the kitchen comprises three separate blocks, made from large format porcelain by Neolith. The material, which looks like concrete, is also used to clad island drawers on the opposite side. 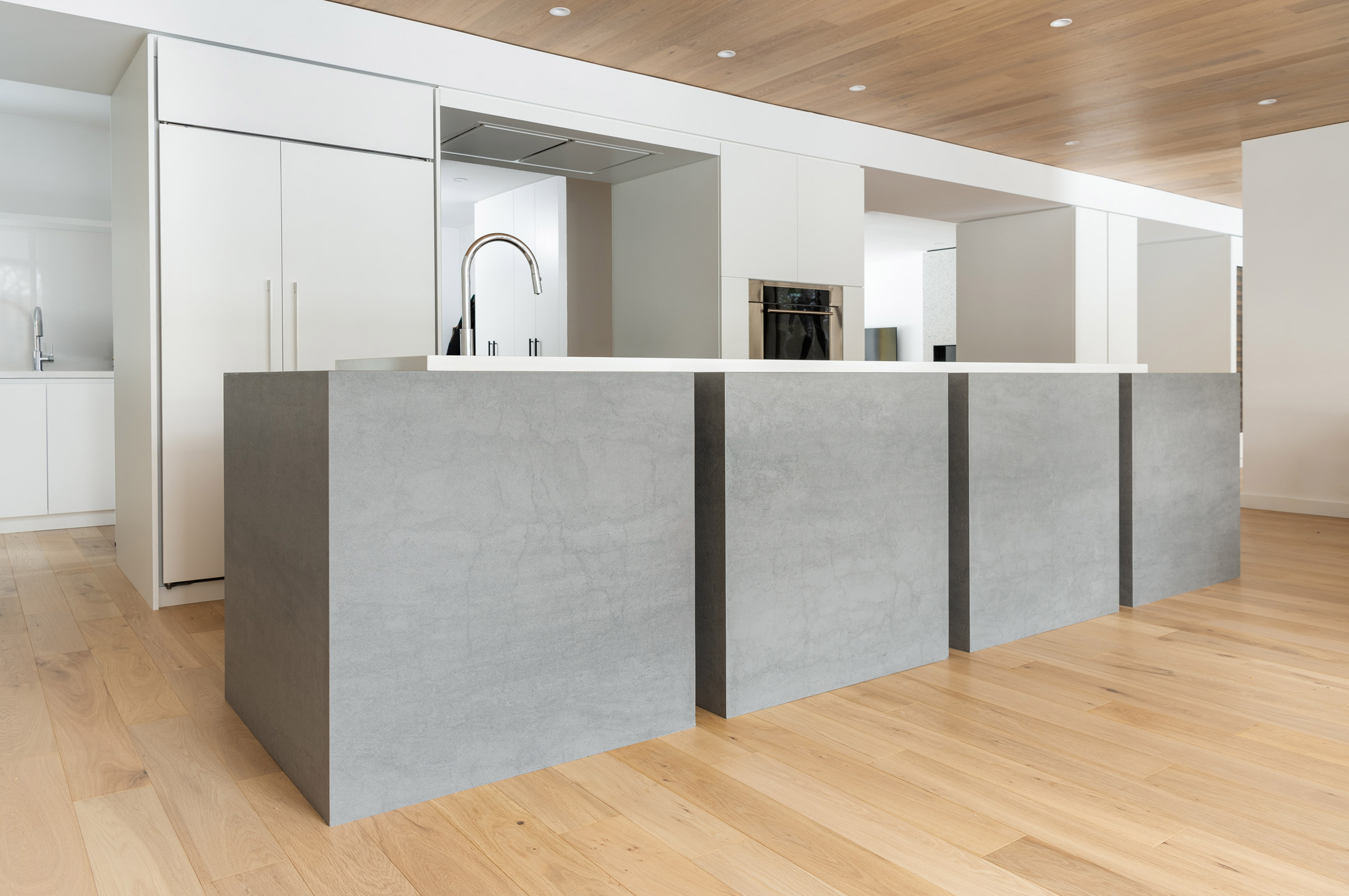 This concept is also applied to a rectangular cabinet in a dining room nearby, and in the master bedroom upstairs with storage cubes that appear to float.

“Judd’s influence finds itself evident in the master bedroom millwork mounted on a gallery-like wall flanked by wood on the floor and ceiling,” said the studio. 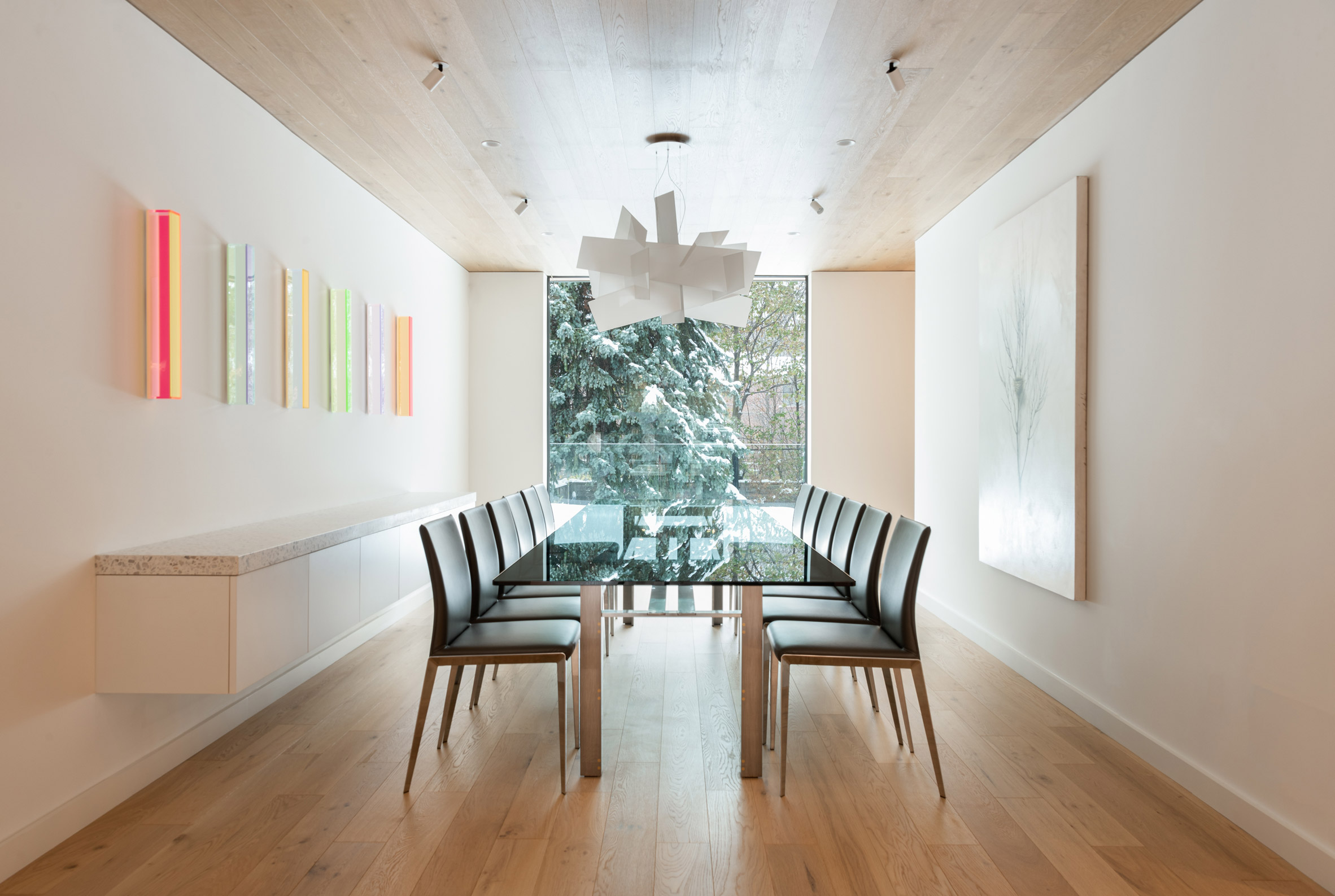 Shallmar Residence contains a foyer and staircase upon entering, with a family room on one side and a mudroom opposite.

In the rear is the kitchen, eating area and a lounge. Sliding glass doors provide access to an outdoor deck and garden. 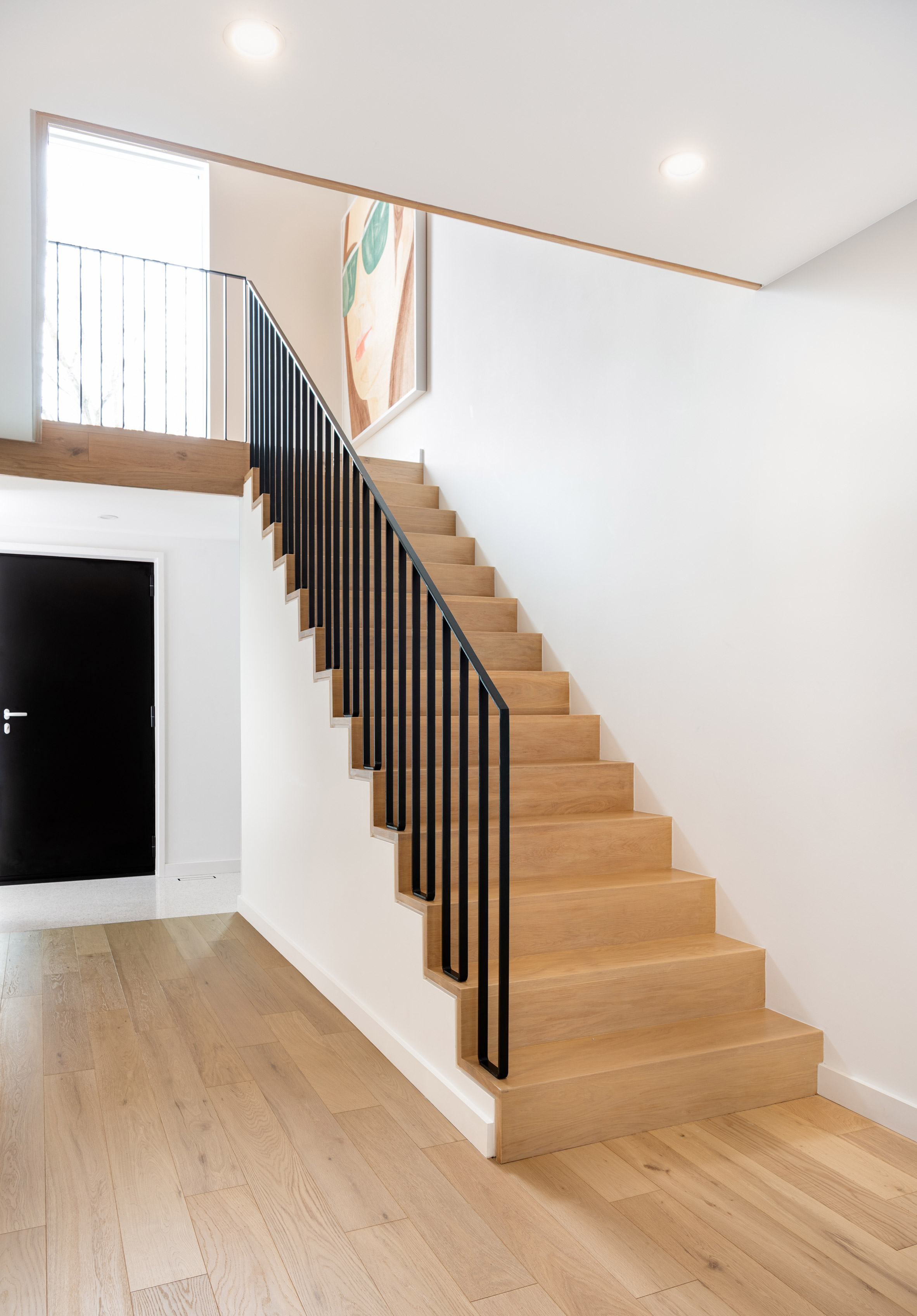 StudioAC chose a neutral palette for the interiors, adding to its gallery aesthetic. White-oak boards cover the floors and the ceilings are also line in pale wood, while the walls are painted in white and grey hues.

Other details include a pop of off-white terrazzo found in the ground-floor bathroom.

A set of white columns, which StudioAC describes as “a spine of marching totems”, divide the front and back halves of the ground floor.

White platforms are also featured, as the bases for sofas with pink chunky cushions by COR Sitzmoebel. 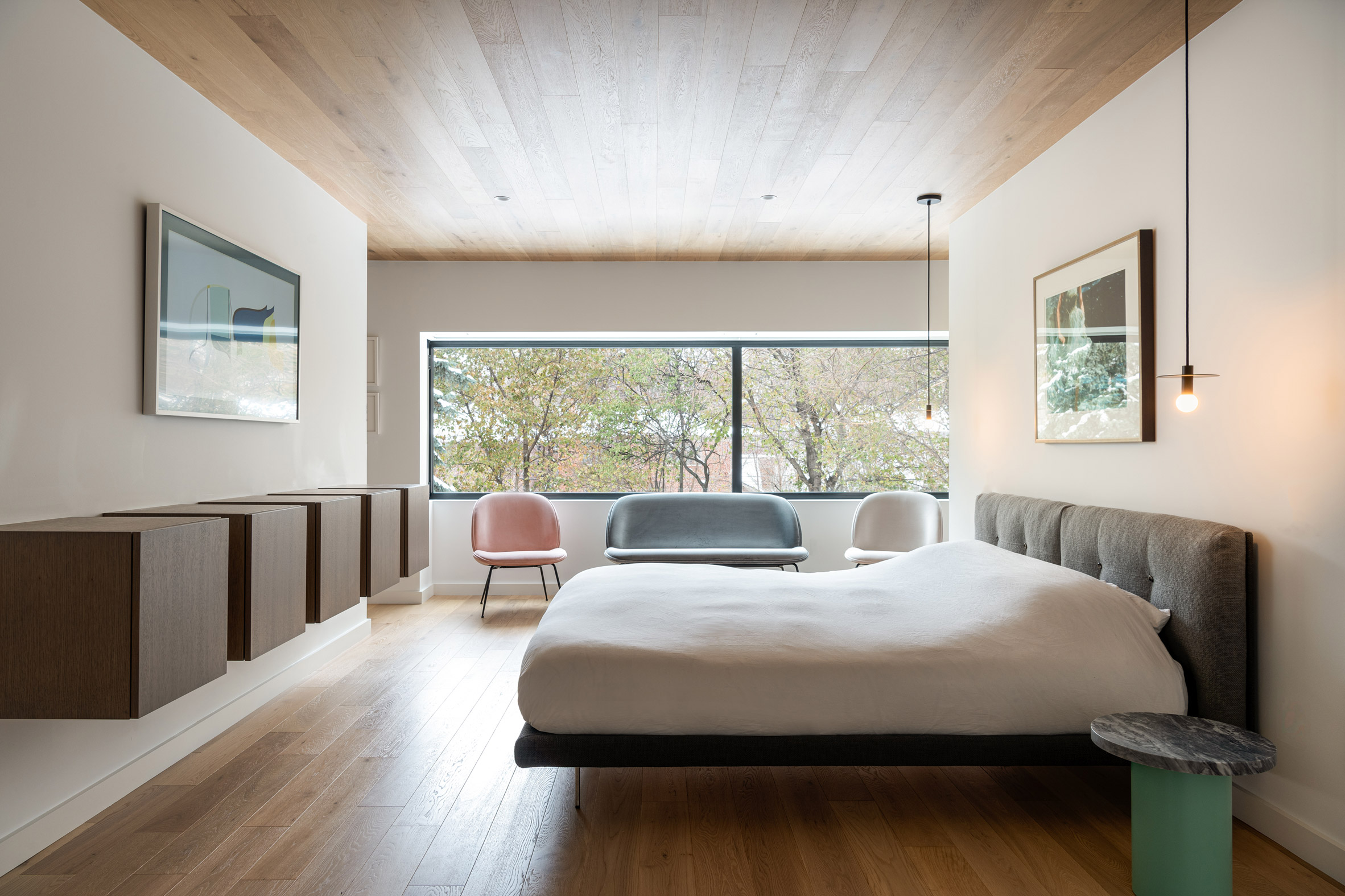 “The home oscillates between a livable space for a family of five and a unique combination of art, objects and architecture that elevate the experience of space and re-imagine the line between the precious and the practical,” StudioAC said.

Also in the kitchen, a wall of cabinet runs the length of the space with a linear texture reflective of the minimalism of Canadian-born American abstract painter Agnes Martin. 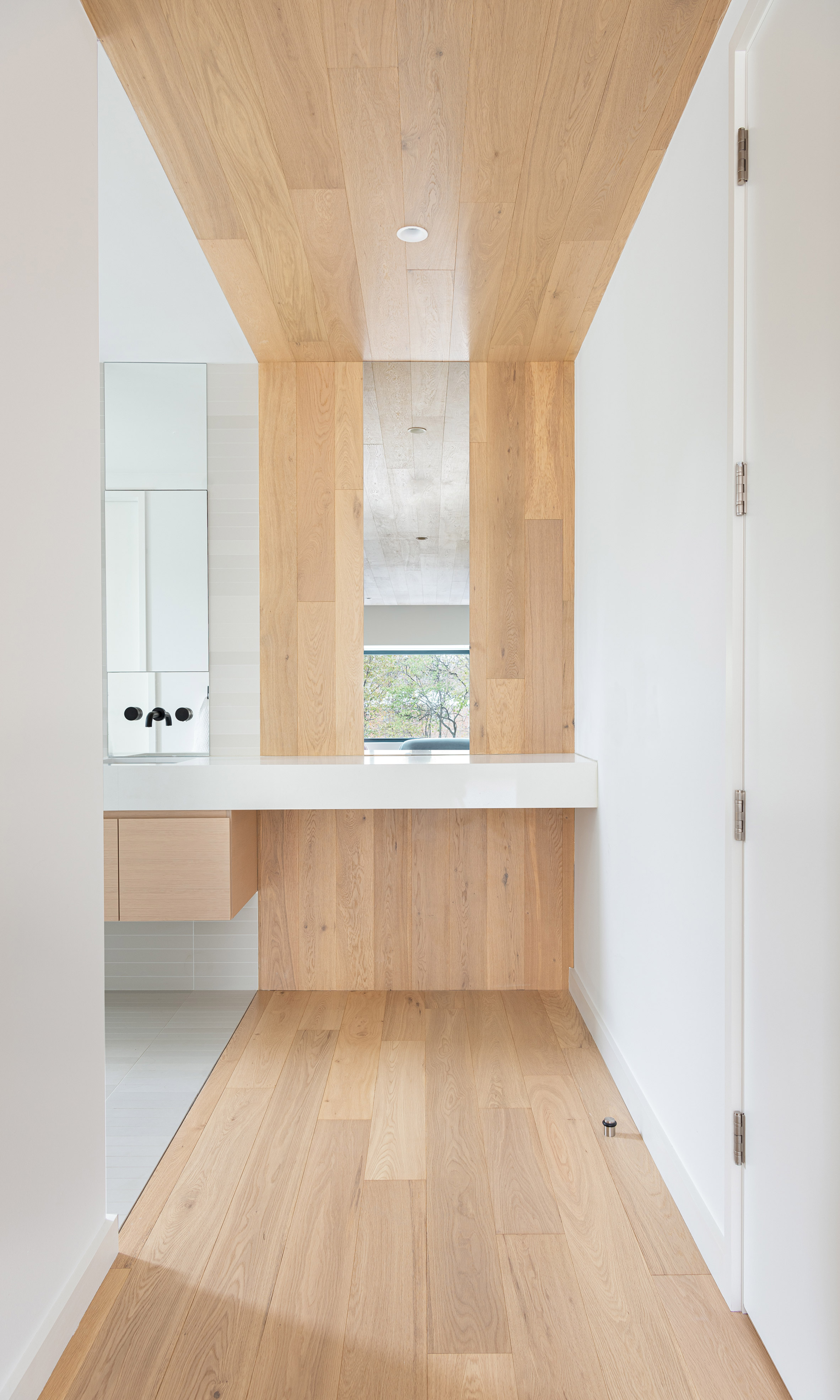 Upstairs are three bedrooms, two bathrooms and a laundry room. The master bedroom, which was enlarged by StudioAC during the project, has an en-suite bathroom and a desk for a home office. 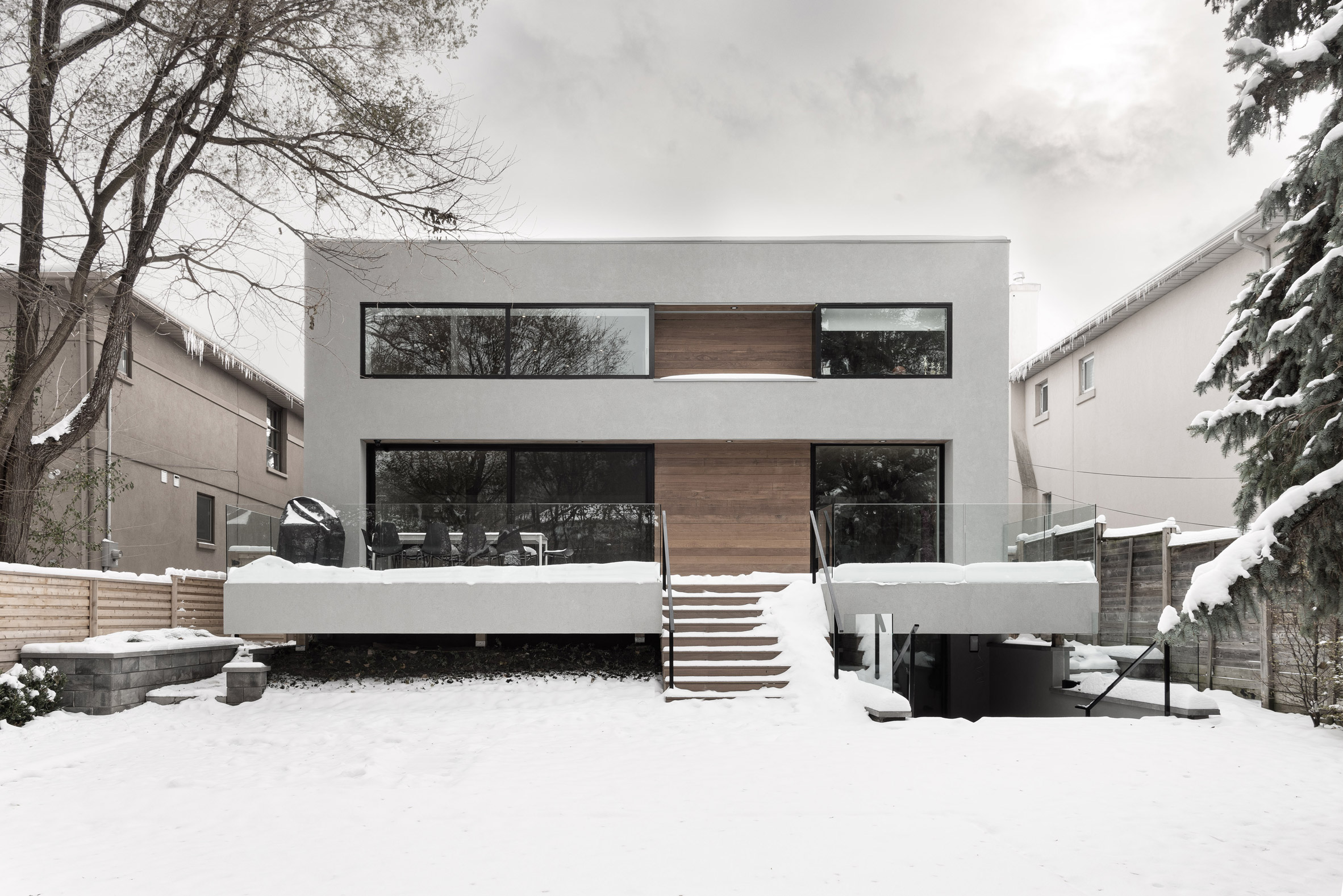 StudioAC was founded in 2015 by architects Jennifer Kudlats and designer Andrew Hill, who met while working at KPMB Architects in Toronto.

It has designed a number of house renovations in Toronto, including Candy Loft, Hilton House and Pape Loft that was once a church. The practice has also completed commercial projects in the city as well, such as Annex Hotel, Juice cafe and barbershop and an office for Artjail.

Photography is by Jeremie Warshafsky.