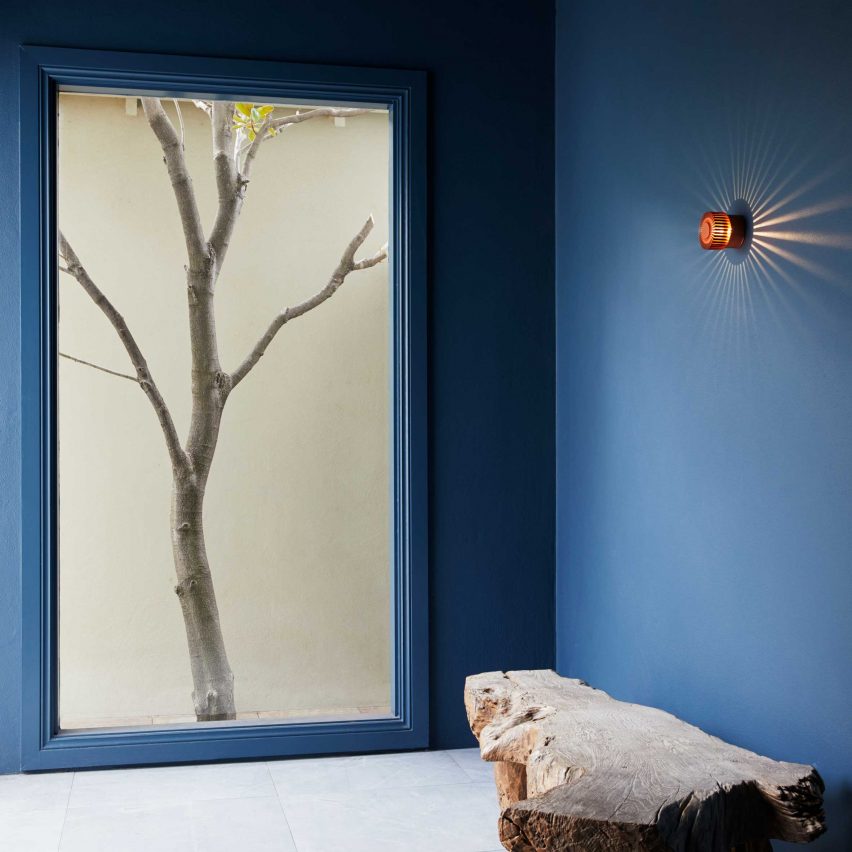 Interiors studio Esoteriko has selected light colours and natural materials for every room in this house in Sydney, apart from one bright blue bedroom.

Esoteriko designed an entirely new layout for this property overlooking Balmoral Beach, making it as open-plan as possible. 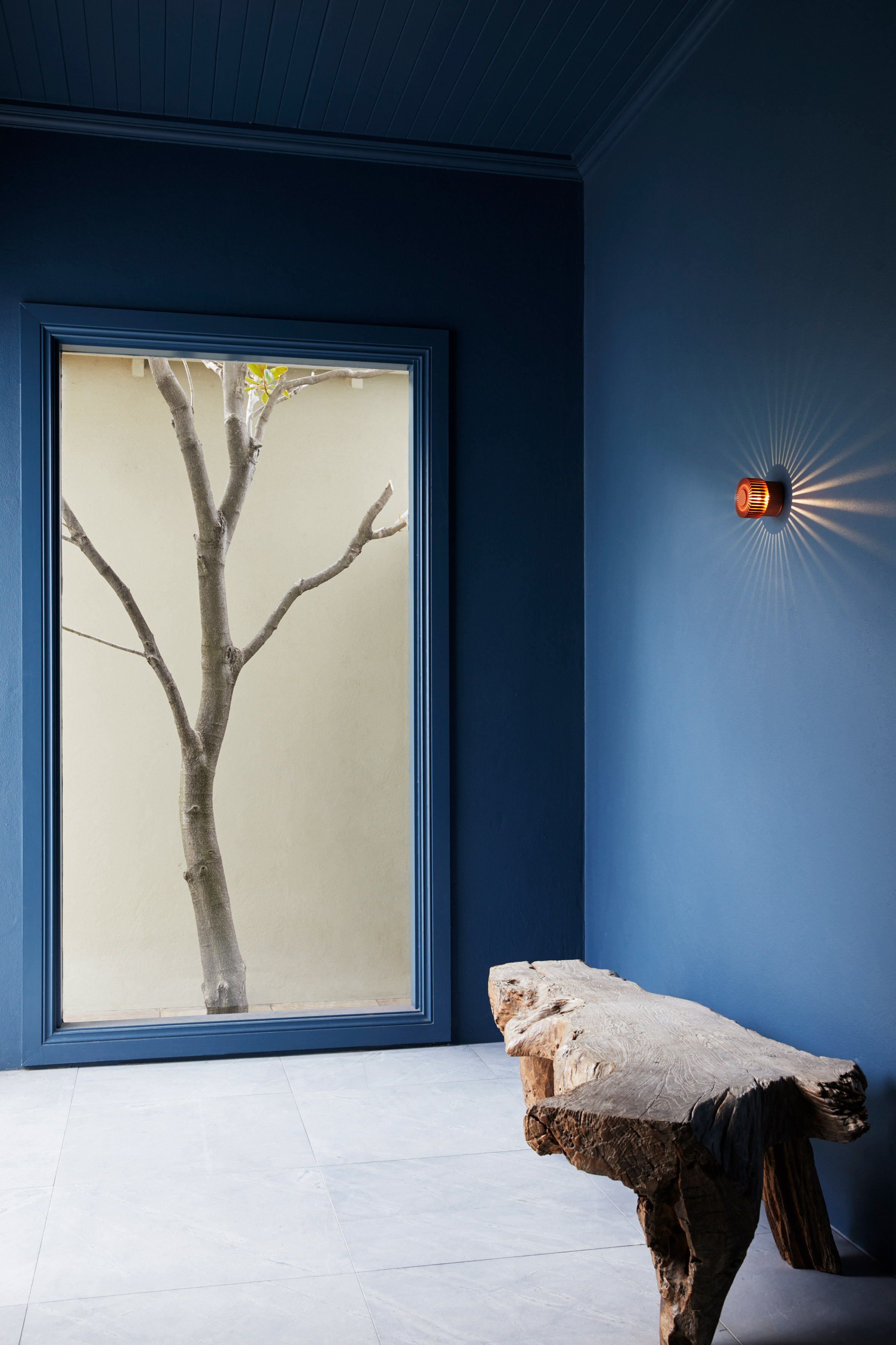 A consistent palette of materials and finishes was chosen to help tie spaces together, including wood and stone, natural textiles, and shades of white and grey.

But studio founder and interior architect Anna Trefely decided to make one exception, letting the clients’ teenage daughter pick blue – her favourite colour – for her own bedroom. 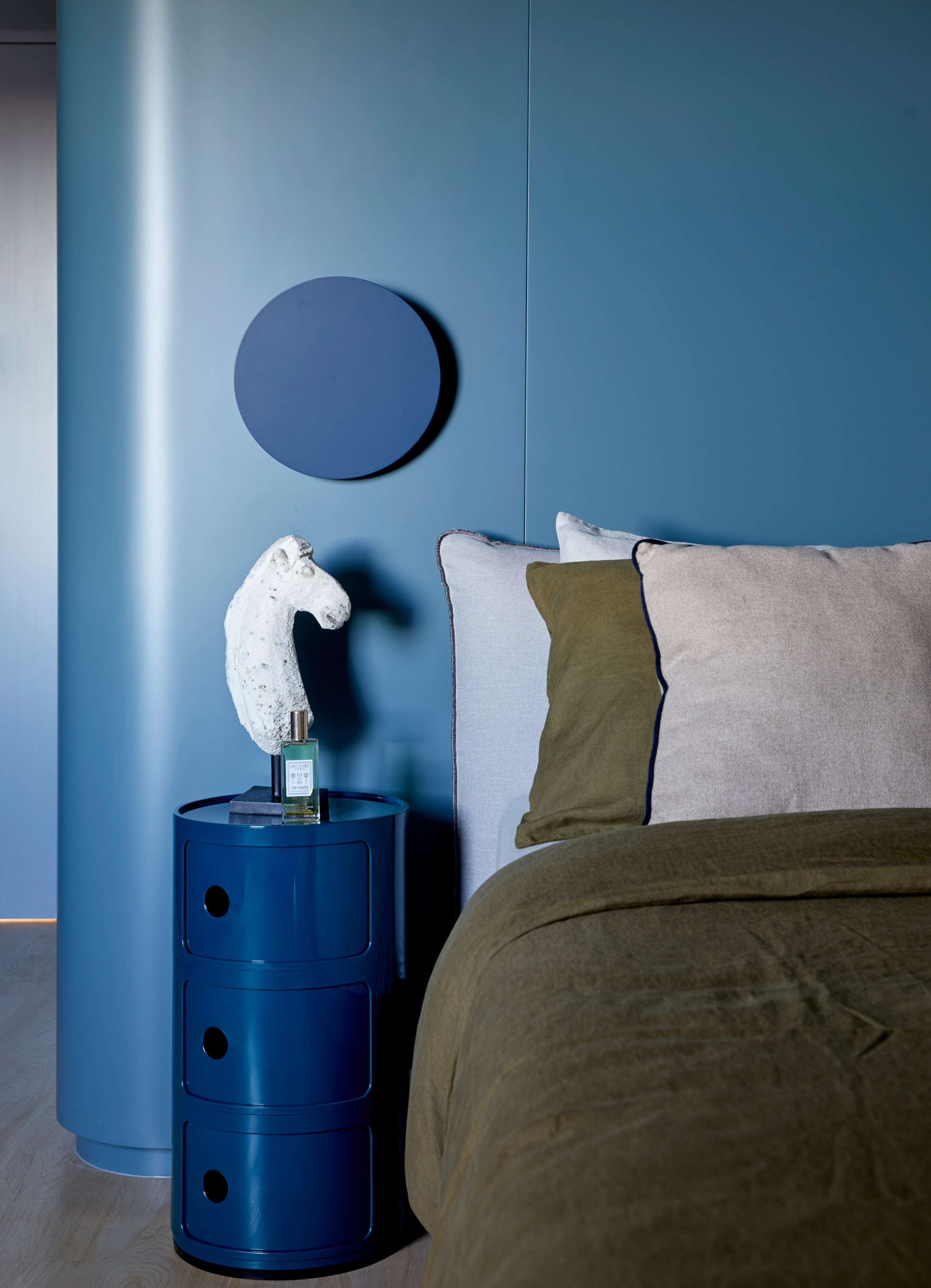 This blue room offers a striking contrast to the rest of the house, but one that very few visitors will see. It also gave the project its name, Balmoral Blue House.

Trefely describes it as “a moment of intensity, just for her”. 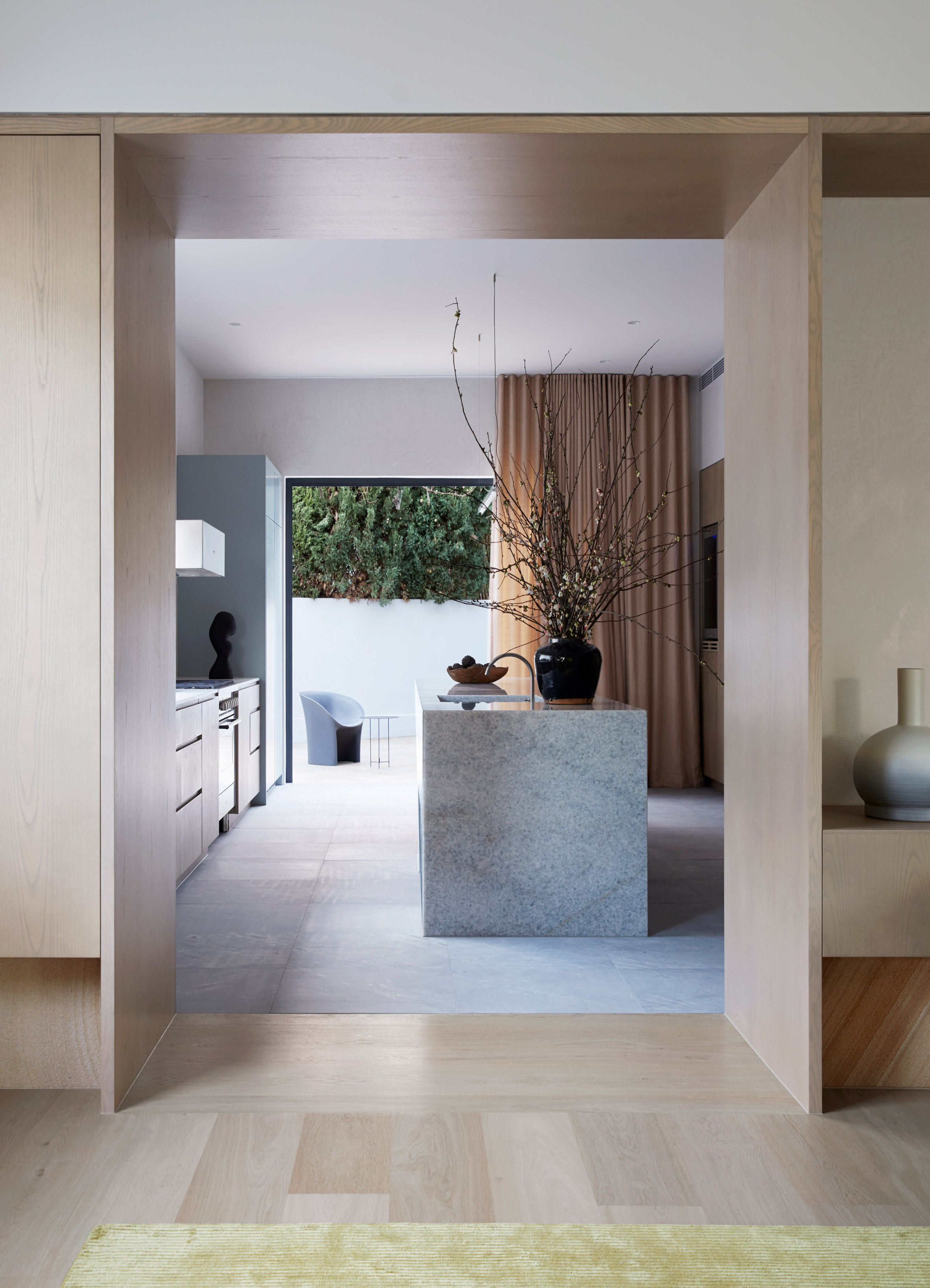 Balmoral Blue House is home to a young family of three. It contains three storeys, although there was originally only one. The main floor was built in the 1920s, while the basement and first floor were added in the 1990s.

“What was left was rather confused and characterless,” Trefely told Dezeen. “Though the house was large, the spaces felt awkward and even ‘poky’ at times.” 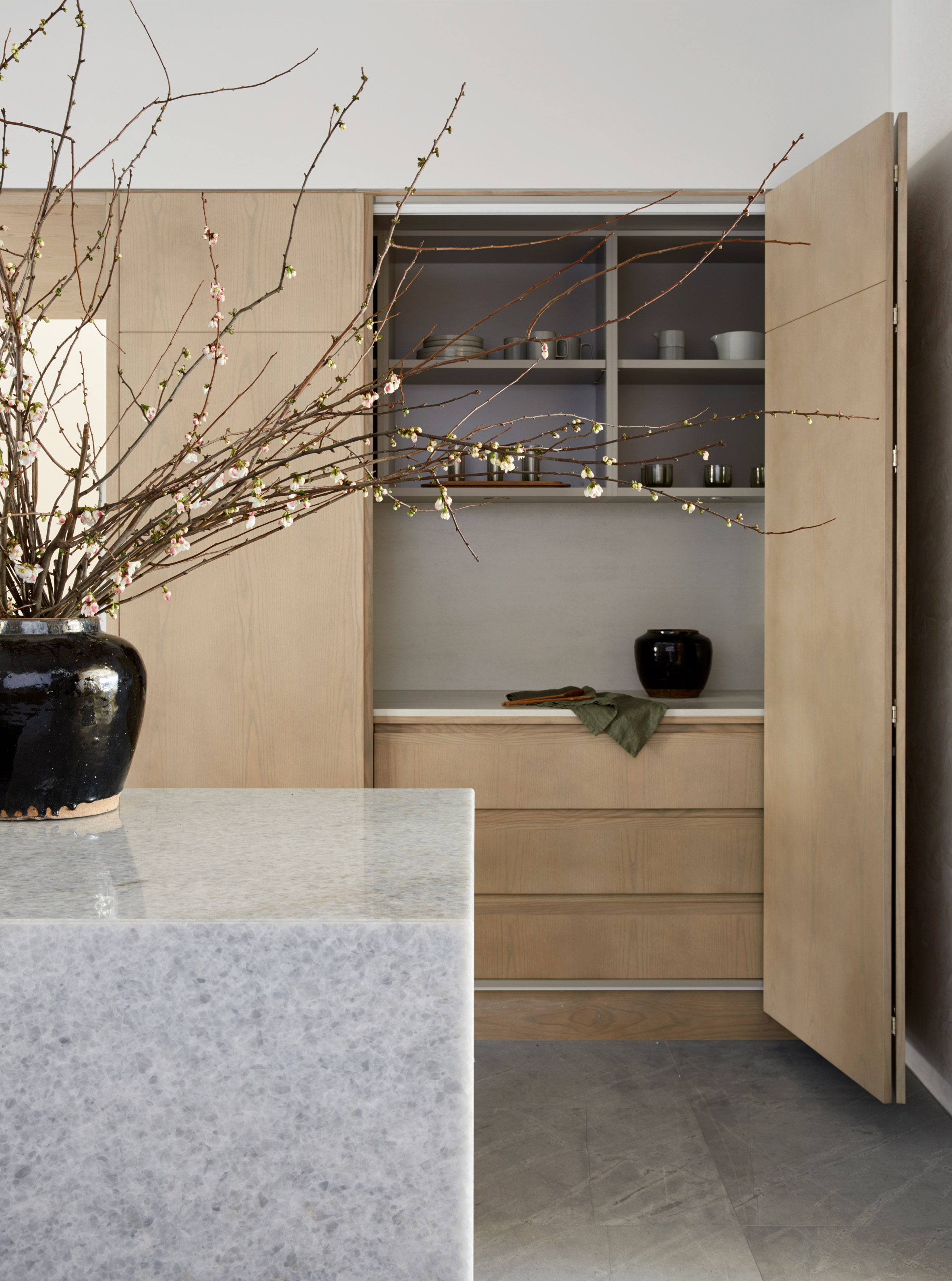 With little worth saving, it made sense for Esoteriko to treat the interior as a blank canvas. A new open-plan layout was drawn up, designed to make the best of the light and impressive beach views.

“The outlook was jaw-dropping,” continued Trefely.

“The view extends 180 degrees across harbour beaches, but frustratingly all the full height windows facing this outlook were covered over with heavy shutters, due to the incredible amount of heat that was being transferred through the under-performing glazing.” 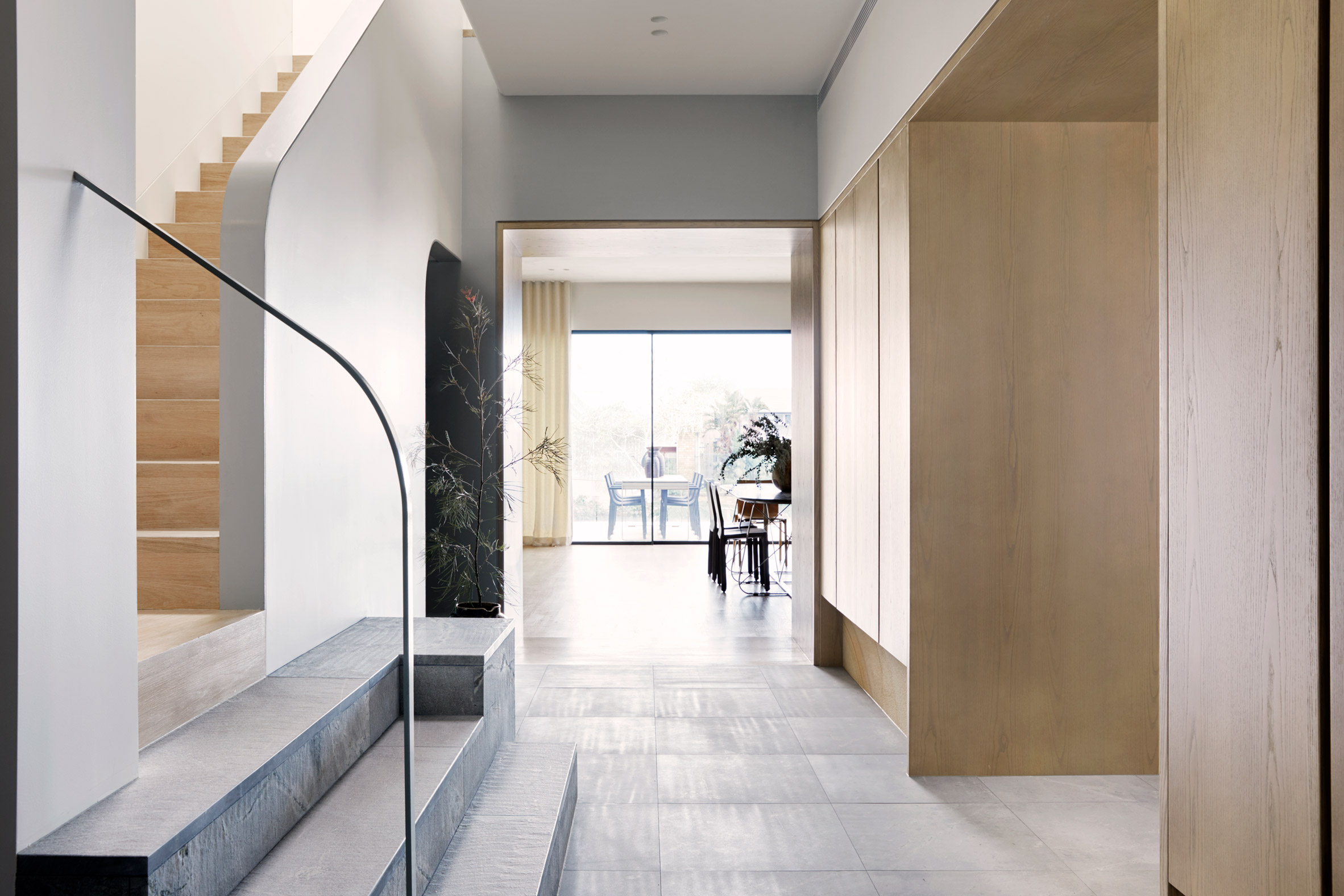 In the new layout, the ground floor plan is designed as a loop of connected indoor and outdoor spaces, including a large family living space, a generous kitchen, a grand hallway and a series of terraces.

There are four bedrooms on the first floor, including a master suite and the blue room. There’s also a fifth bedroom on the basement level, along with a large living space that opens out to the deck. 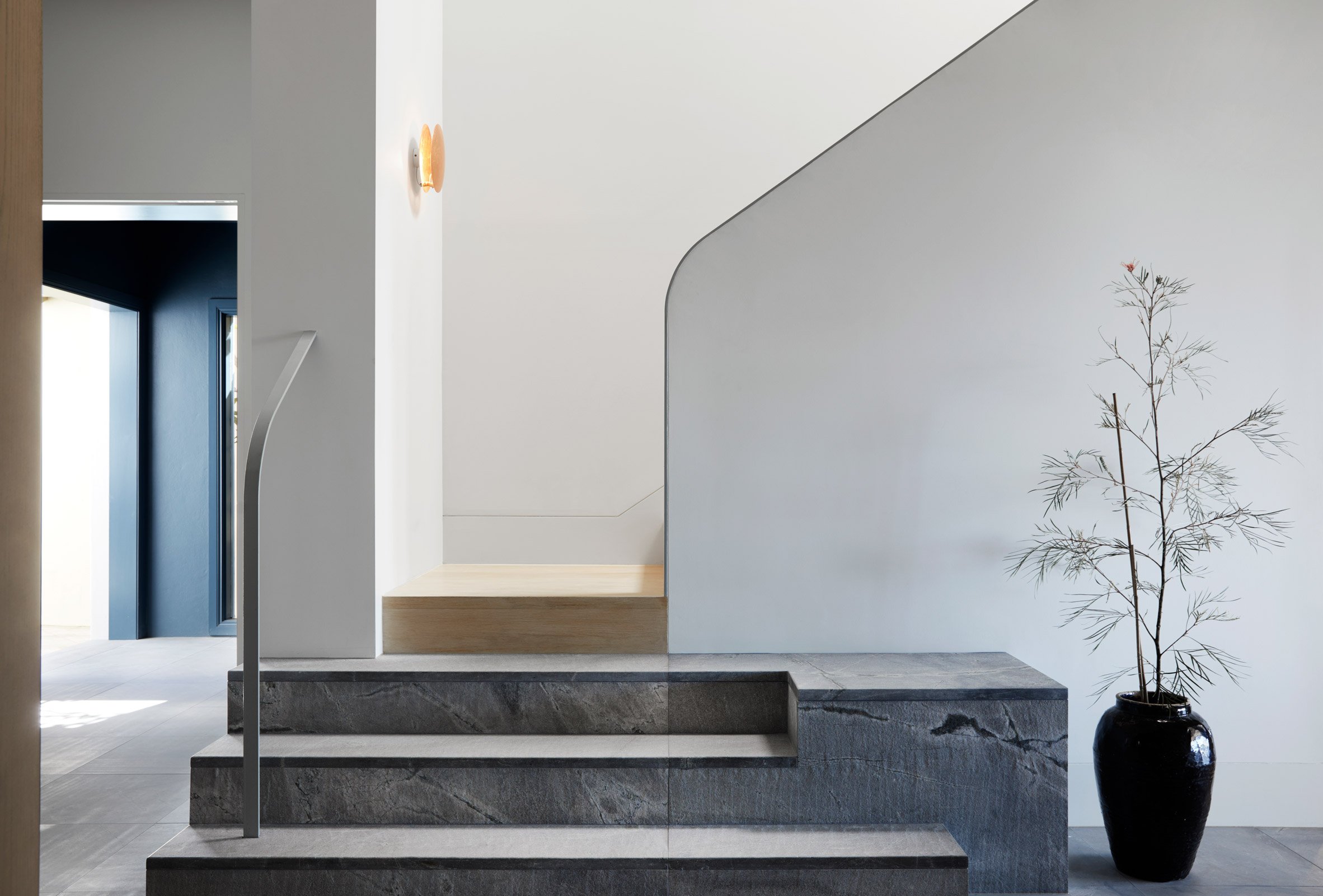 Spaces are designed to combine the simplicity of Japanese design with references to the natural landscape of New South Wales, referencing the clients’ former home in Asia and their new base in Australia.

Materials and furniture were sourced locally wherever possible, for instance, a kitchen island was made with a marble indigenous to North Queensland. 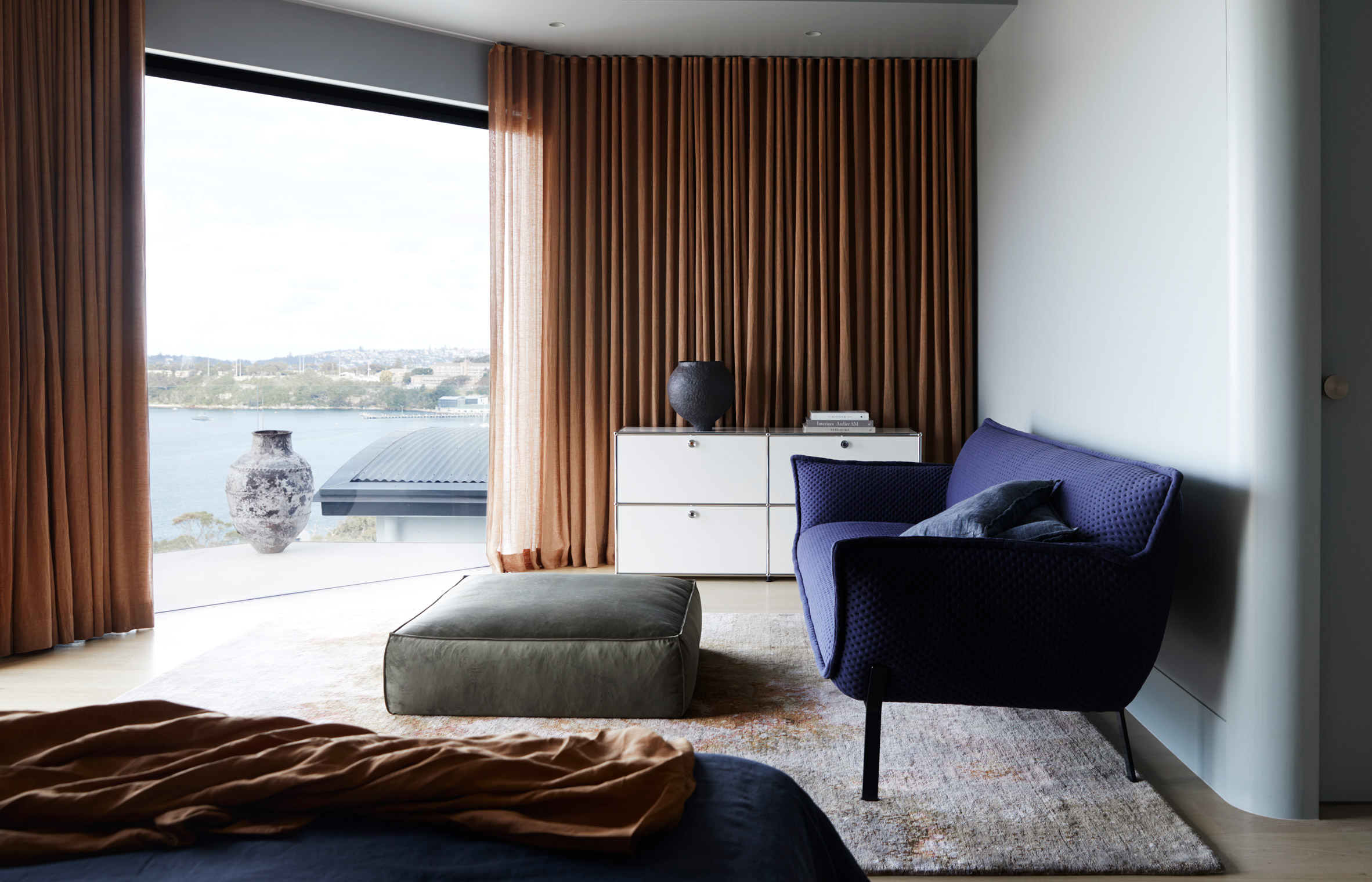 Other highlights including handcrafted rugs, ash wood joinery, russet-coloured curtains and a staircase with a textured stone base.

“We were inspired by the surrounding landscape; deep blues of the ocean and rich warm hues of the land,” added Trefely. 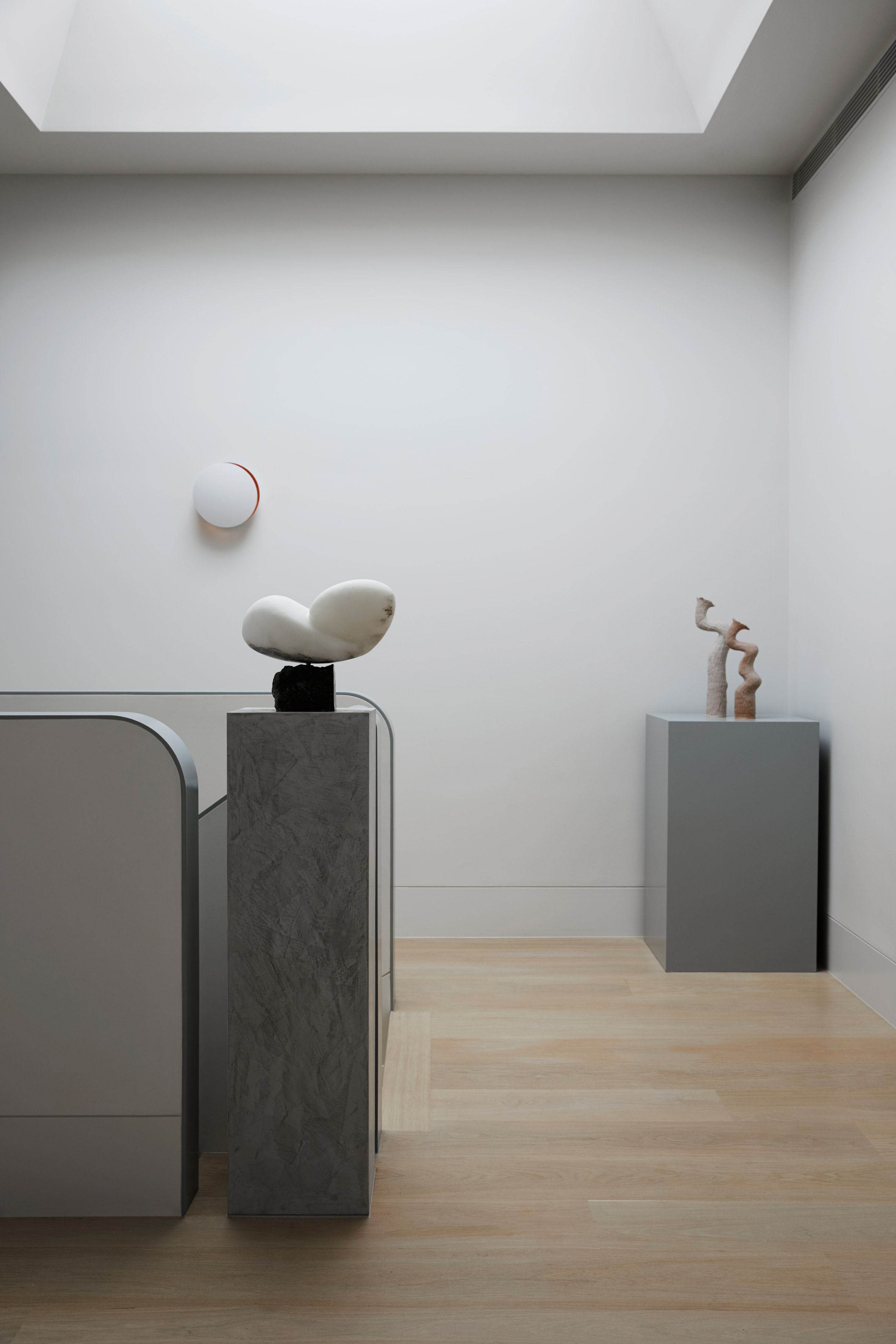 The idea throughout was to make the house feel more “artful”.

Paintings and sculptures are dotted through rooms, the majority of which are by females artists, including by Carol Crawford, Amanda Schunker, Krtistiina Haataja and Amy Wright. 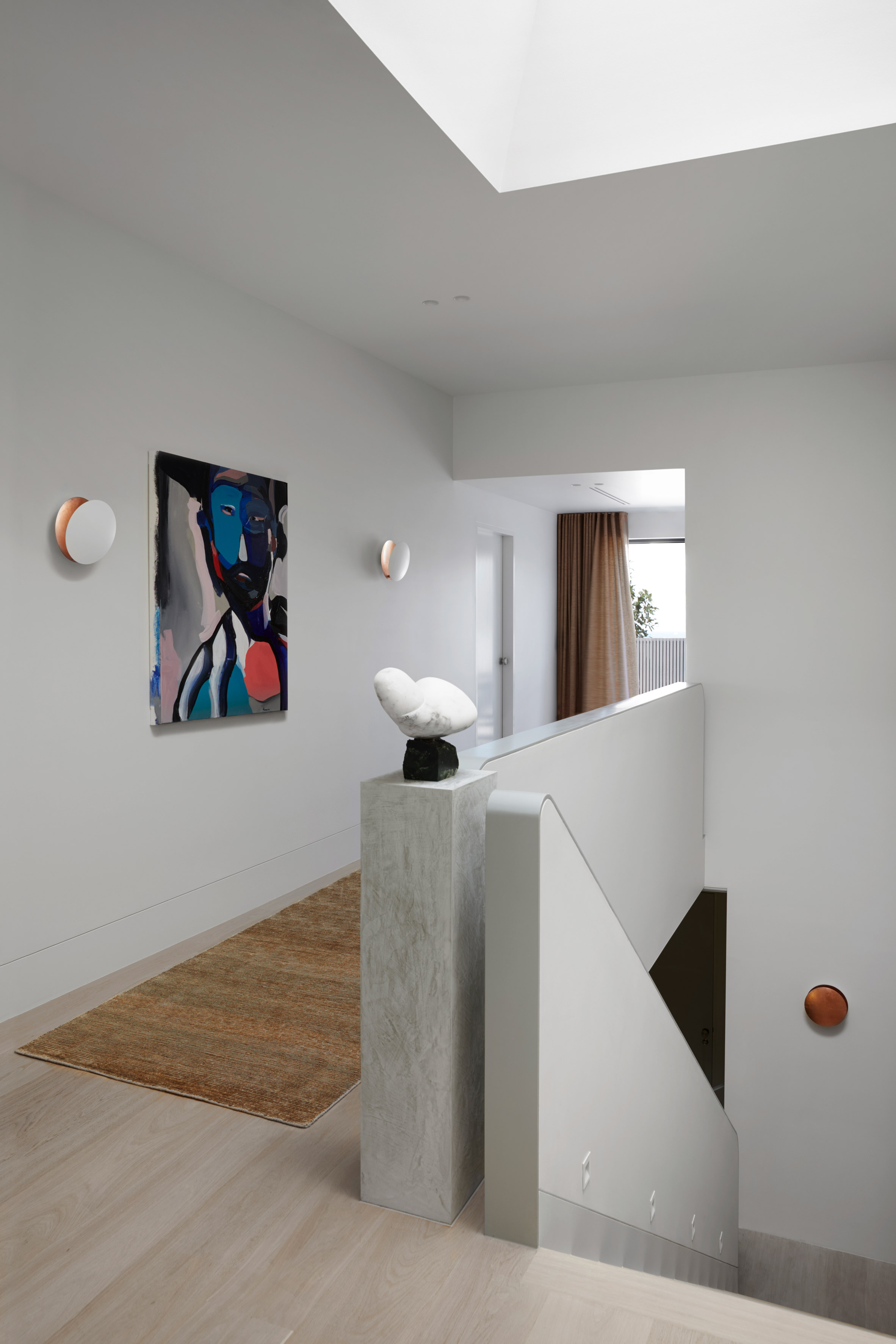 Trefely founded Esoteriko in 2017. The studio was longlisted for a Dezeen Award last year for another of its projects, Shelter Double Bay.

Photography is by Dave Wheeler.

The post Esoteriko picks bold colour for only one room of Balmoral Blue House appeared first on Dezeen.