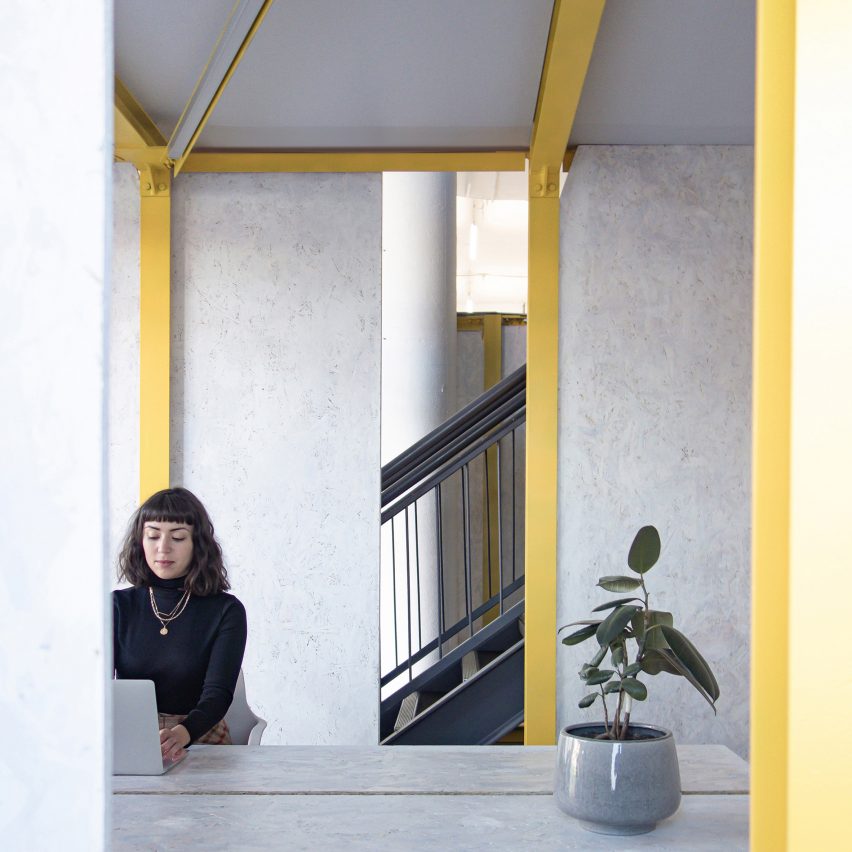 Studio Edwards has created a series of modular yellow-framed work pods to turn a vacant warehouse space in Melbourne into an office.

The pods by Studio Edwards are designed to accommodate groups of up to four members of staff and are constructed from bright-yellow steel beams. 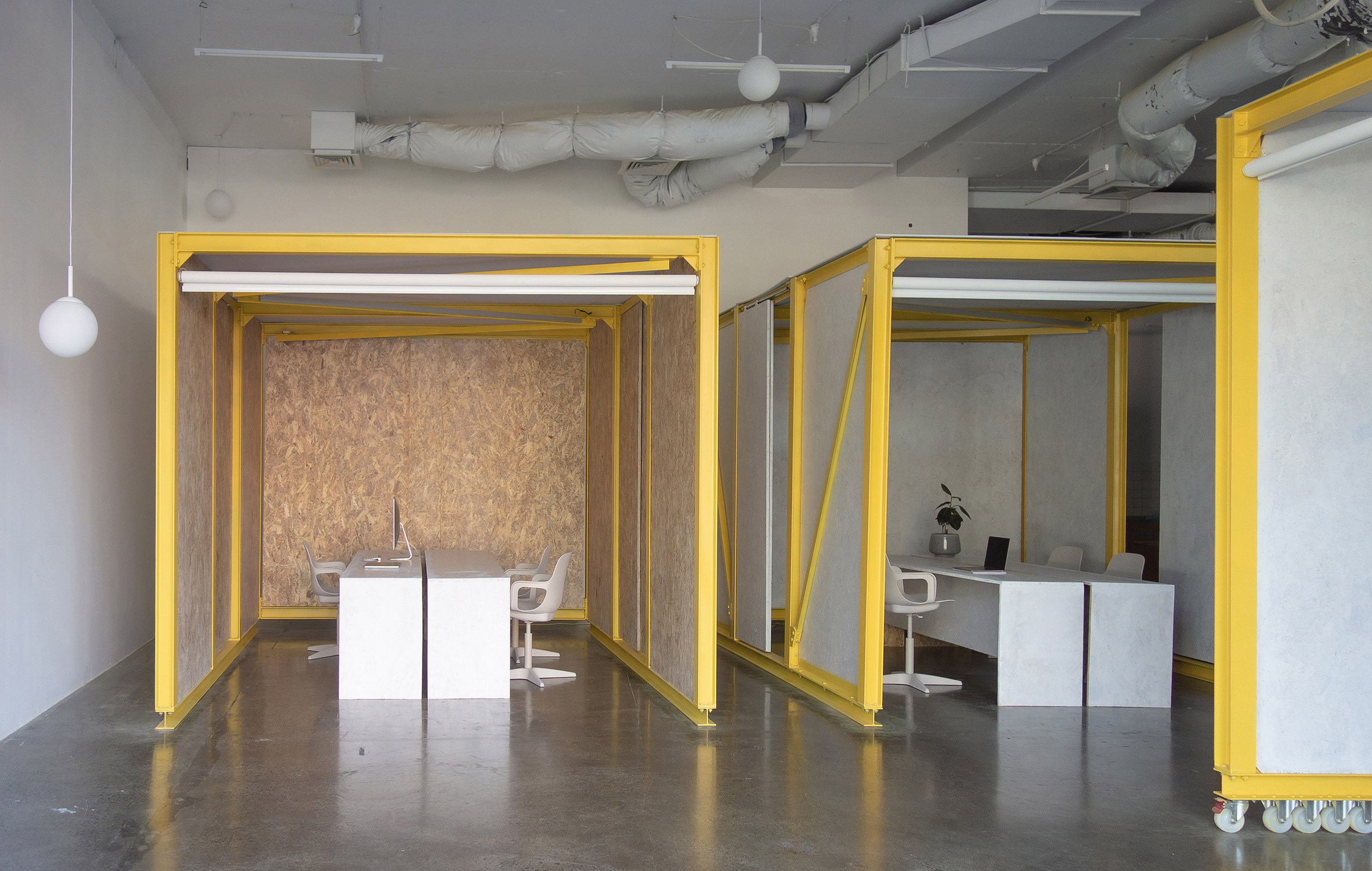 These beams can be bolted together and taken apart by hand so that, when necessary, the pods can be removed or relocated to change the arrangement of the office.

“Whilst the concept to the project was conceived prior to the pandemic, it does offer a way to create separation within existing open-plan style office spaces as [the pods] can be easily deployed & fabricated on site,” said the studio’s founder Ben Edwards. 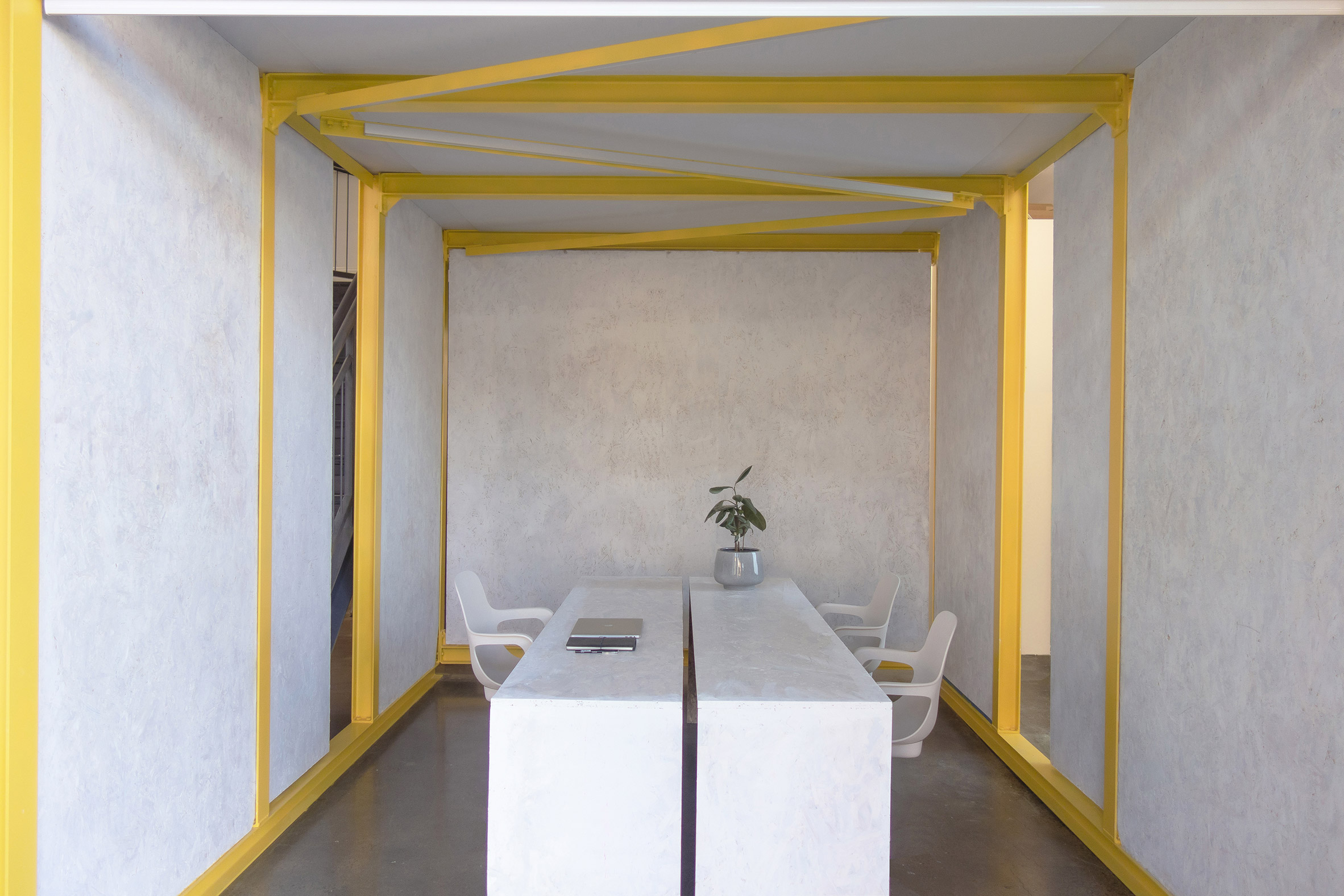 The four pods are dotted throughout the ground floor of a converted warehouse called Sackville Studios in Melbourne’s trendy Collingwood neighbourhood.

Two businesses already occupy the upper floor of the building. One of them is video agency New Mac, which heads up Never Too Small – an architecture-themed Youtube channel dedicated to sharing homes and apartments with tiny footprints.

New Mac tasked Studio Edwards with creating additional workspace on the warehouse’s lower level that, like the projects featured in their videos, made the most of the square footage available. 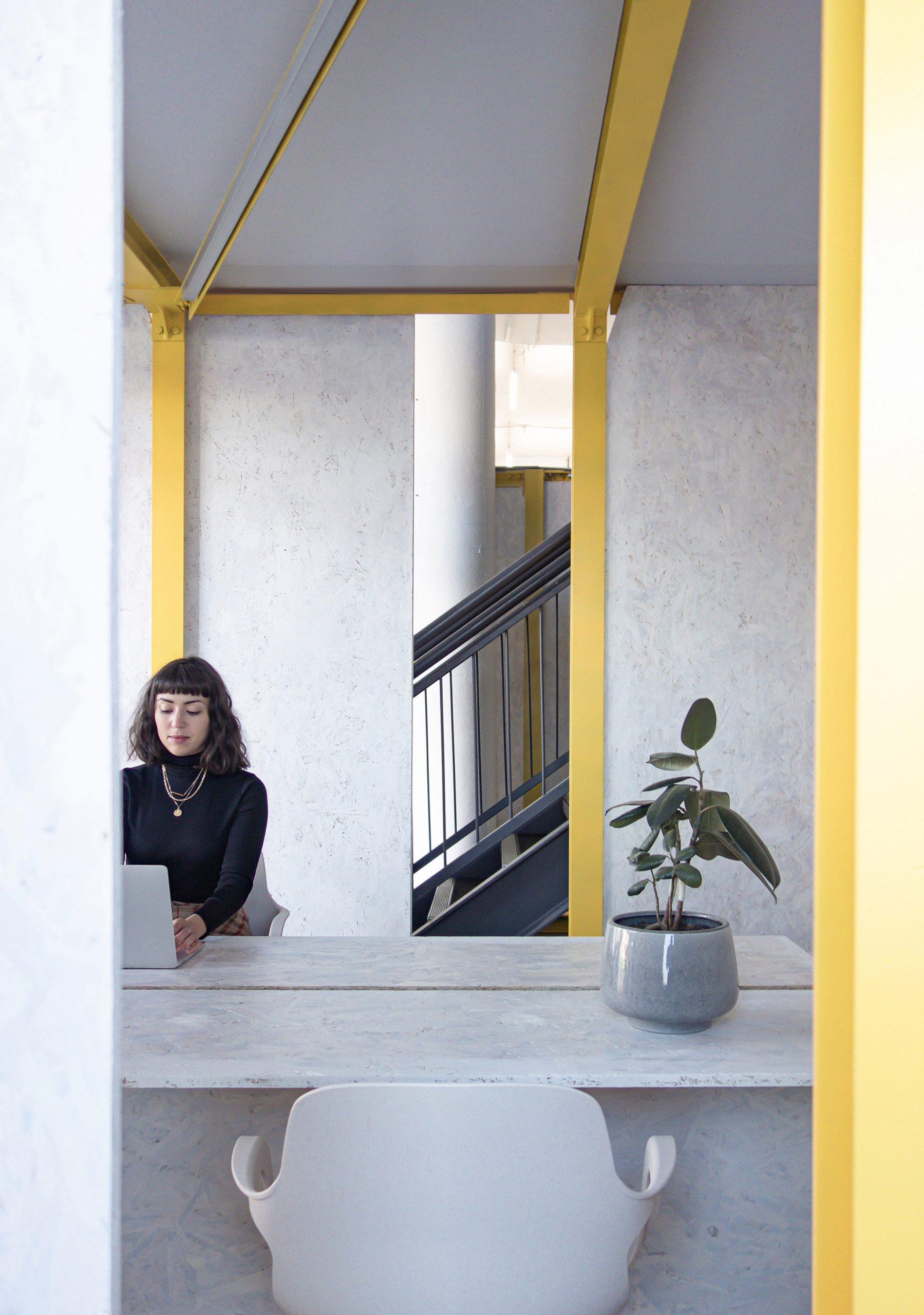 The studio opted for pods as it meant the building’s shell could be left untouched.

Edwards was also loosely influenced by Demountable House – a six-by-six metre prefabricated home that architect Jean Prouvé developed in 1944 as a quick way to re-house French civilians after the second world war. 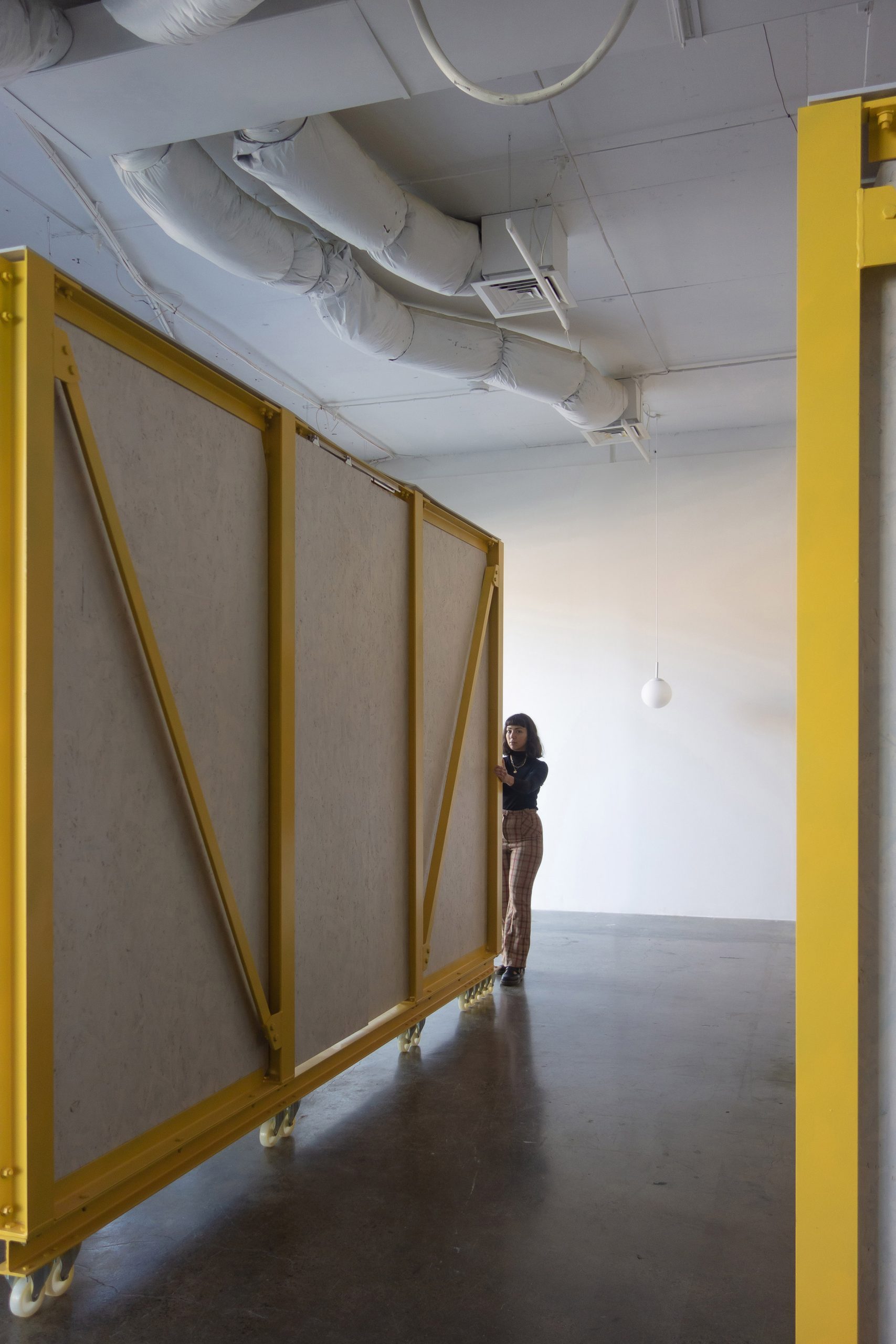 Each pod is lined with white-painted panels of OSB timber, which can be slid back and forth to let in natural sunlight and fresh air.

The studio used standard-sized panels of timber and adjusted the proportions of the steel framework accordingly so that minimal cutting was required and therefore less waste.

OSB has also been used to craft long work desks for inside the pods. 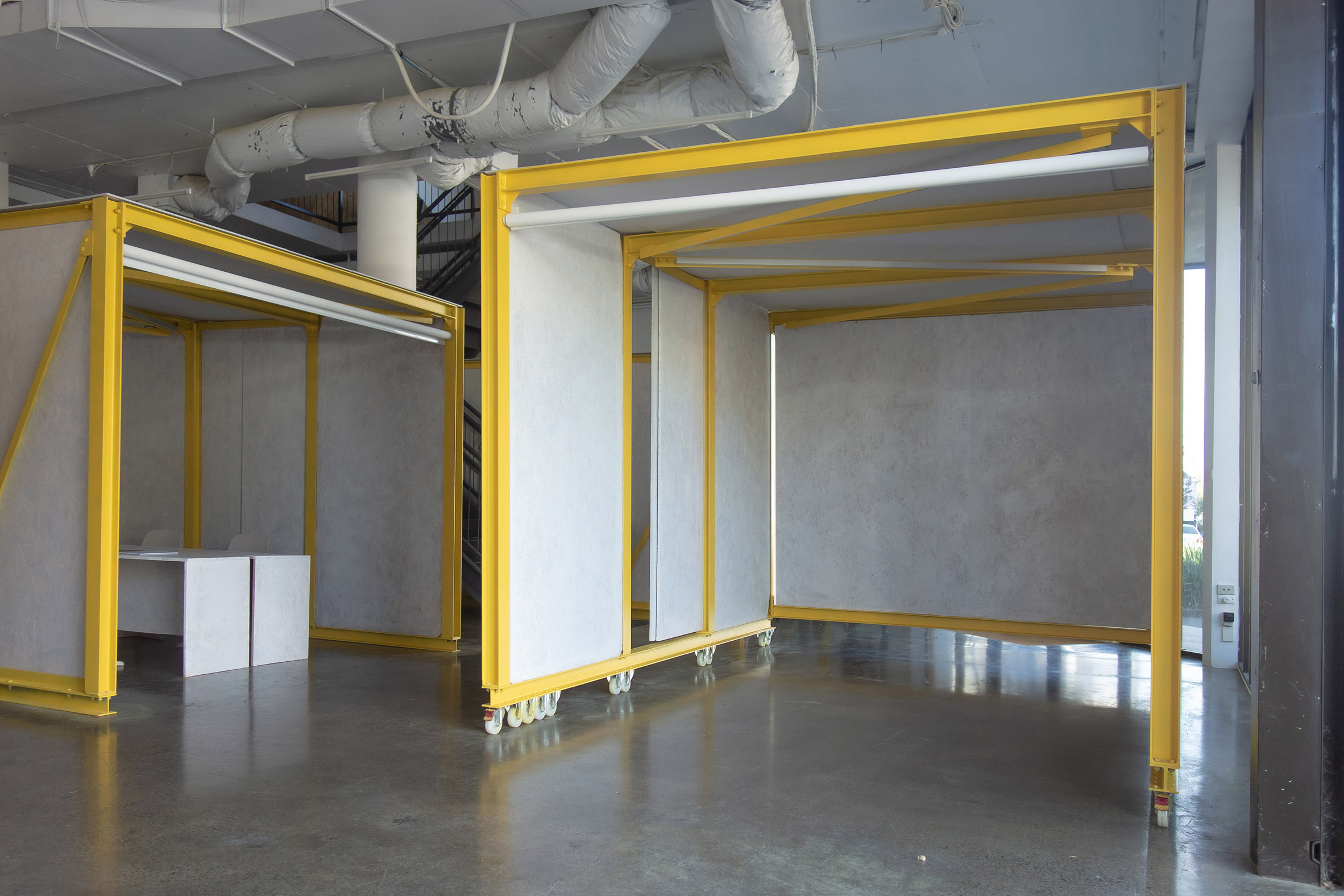 Should staff want more privacy for meetings, they can draw down the translucent roller blinds that have been fitted at the front of each pod.

Strip lights have also been incorporated in the beams that go across the pods’ ceilings, which can be adjusted to glow vibrant colours for events. 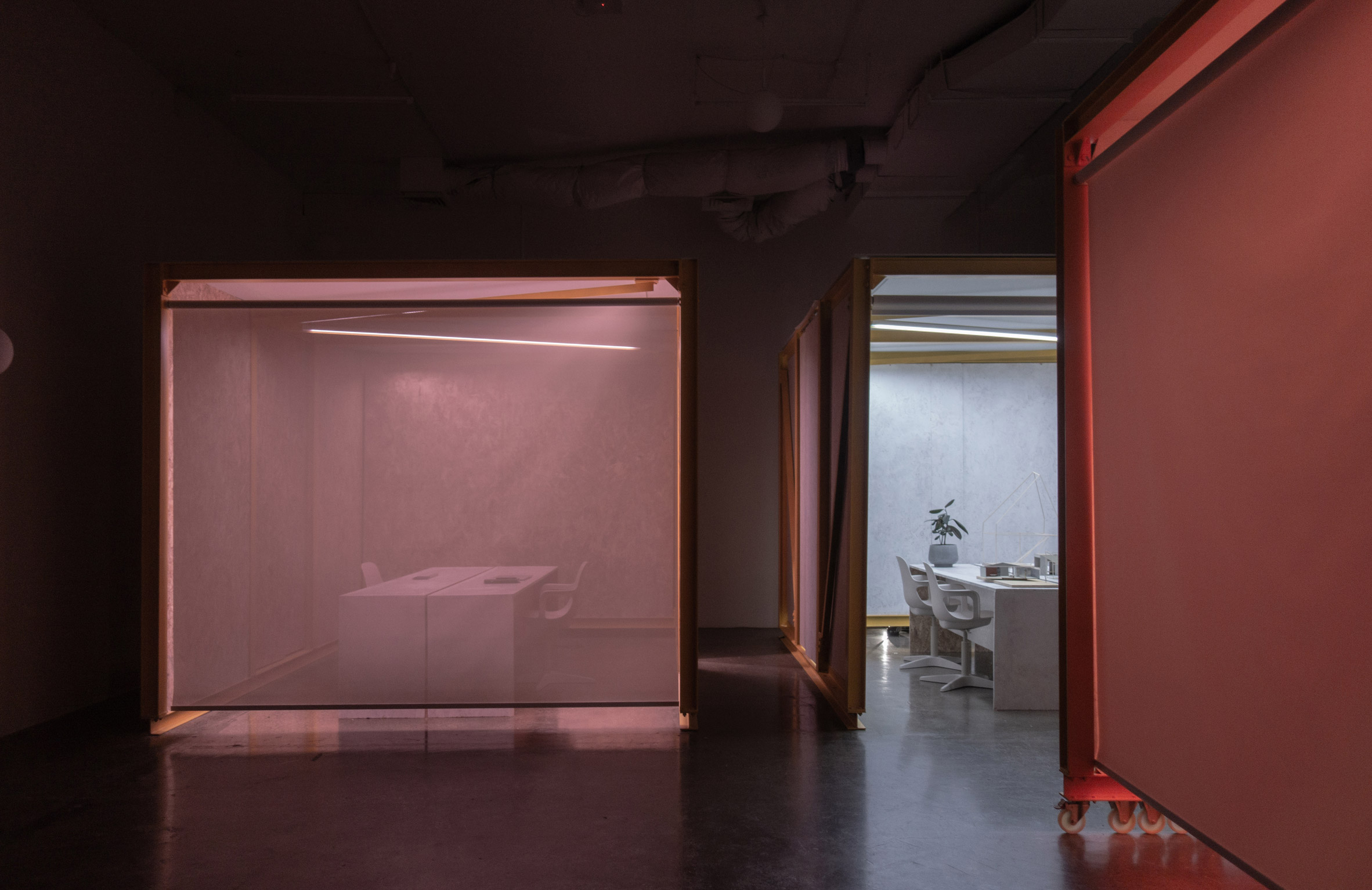 One of the pods has been set on caster wheels so that it can be easily moved around even when fully assembled.

When the warehouse’s huge garage-style door is left open, this pod can also be orientated to engage with passersby on the street. 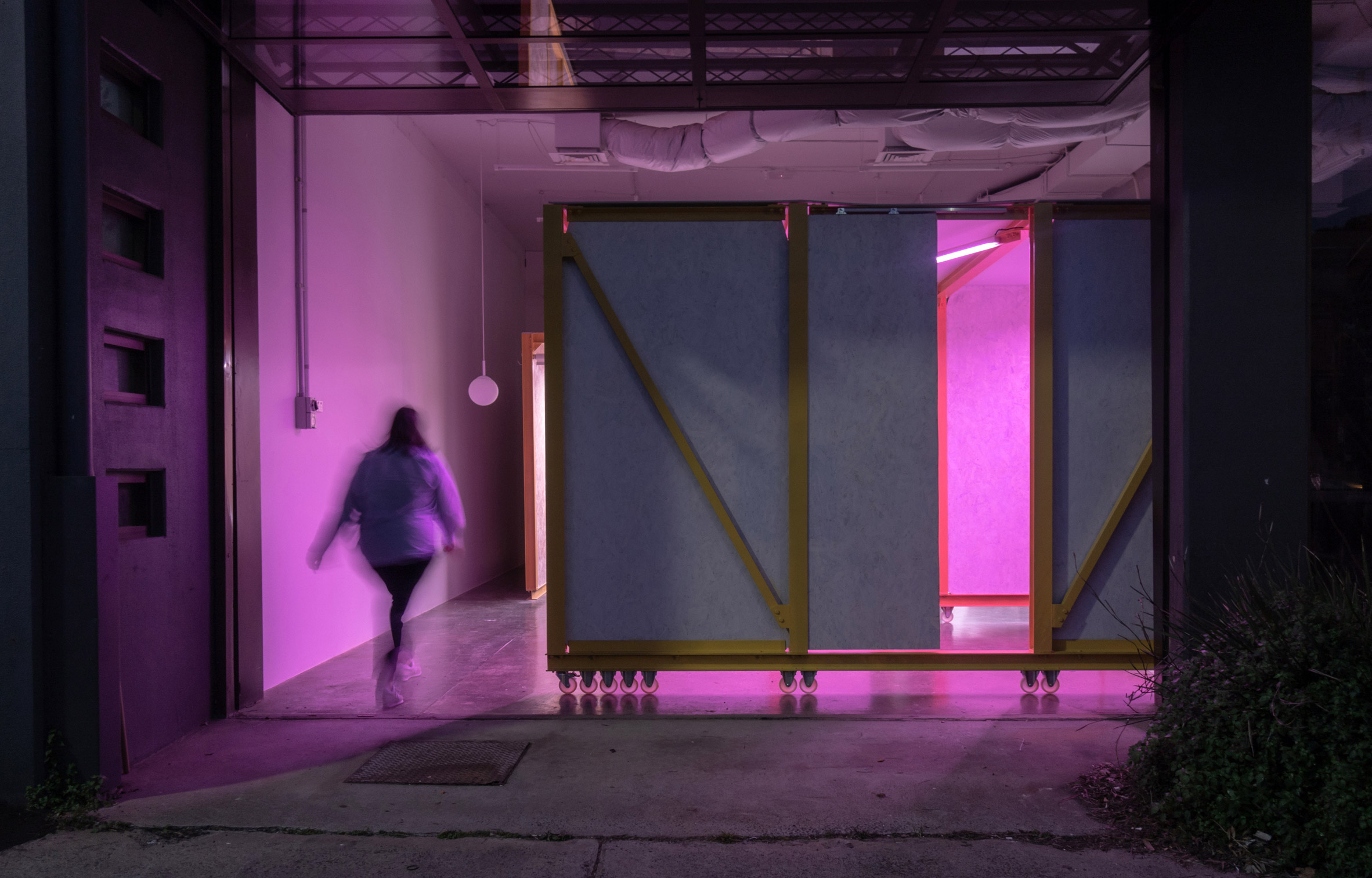 Studio Edwards was established in 2016. It has previously converted a trio of shipping containers into a weekend retreat on Australia’s Great Ocean Road. At the beginning of this year, the studio also created Base Cabin – a minimalist A-frame home on wheels.

Photography is by Felix Bardot.