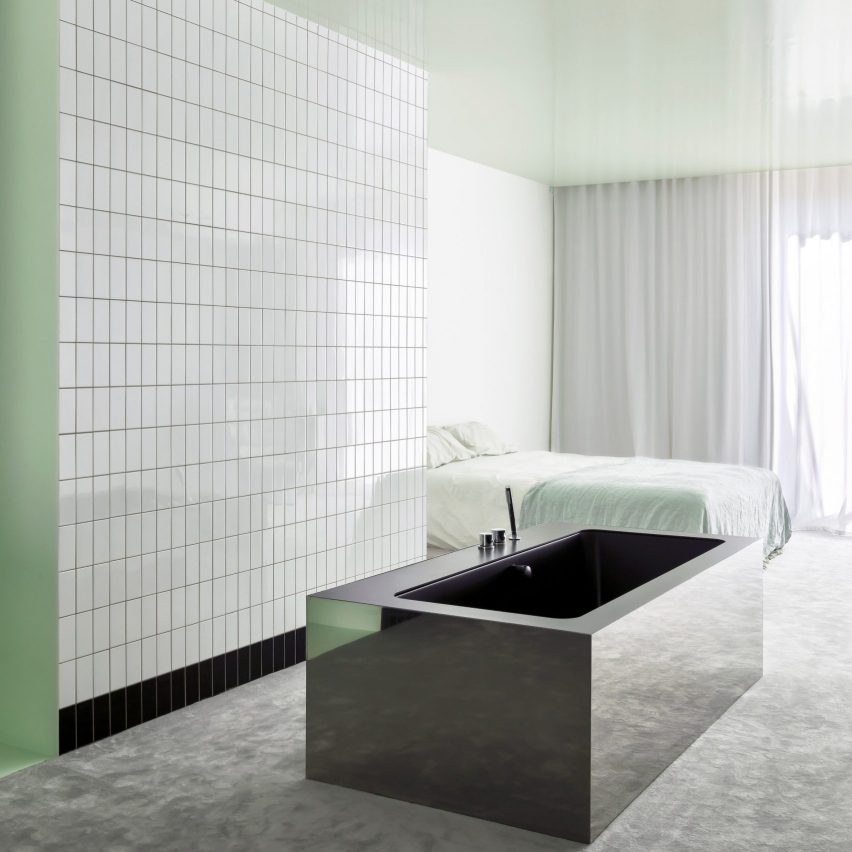 Green walls offset a shiny steel tub in the bathroom of this Antwerp apartment, which has been updated by Belgian design studio Atelier Dialect.

The green bathroom is one of a handful of aesthetic changes that Atelier Dialect made to Apartment A. Before the studio’s intervention, the home had already undergone an extensive renovation by a different architect. 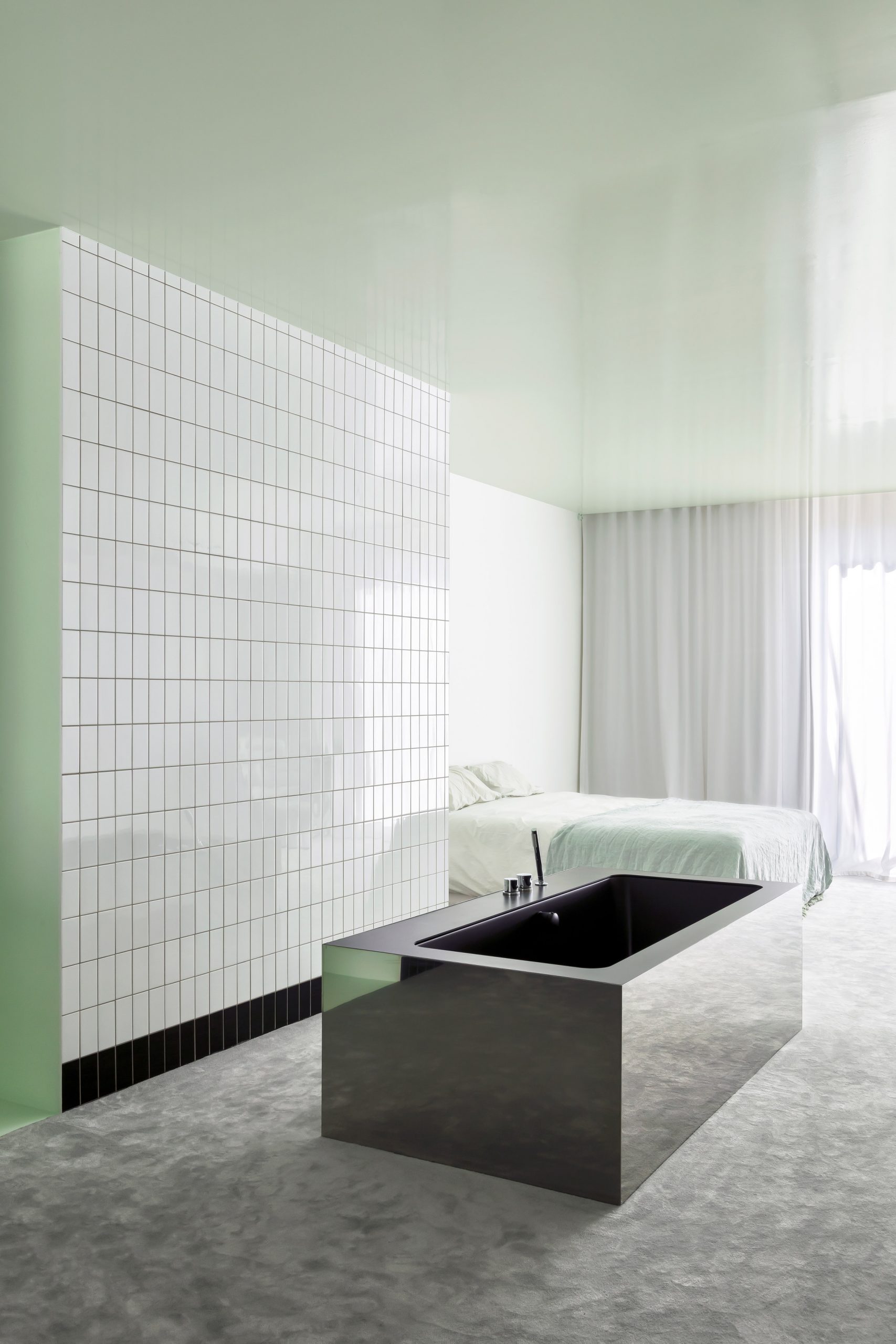 “We intervened because the client was not happy with the way the apartment was evolving,” Atelier Dialect’s co-founder, Jonas Blondeel, told Dezeen.

“So we had to design the place with the ‘constrictions’ of the previous decisions that were made.” The master bedroom is a long open-plan space, half of which accommodates an en-suite bathroom. At the centre of the space is a chunky partition wall that’s largely been clad with glazed white subway tiles, excluding a row of black tiles that run along the wall’s base.

It serves as a graphic backdrop for the rectangular freestanding tub that has been placed just in front. 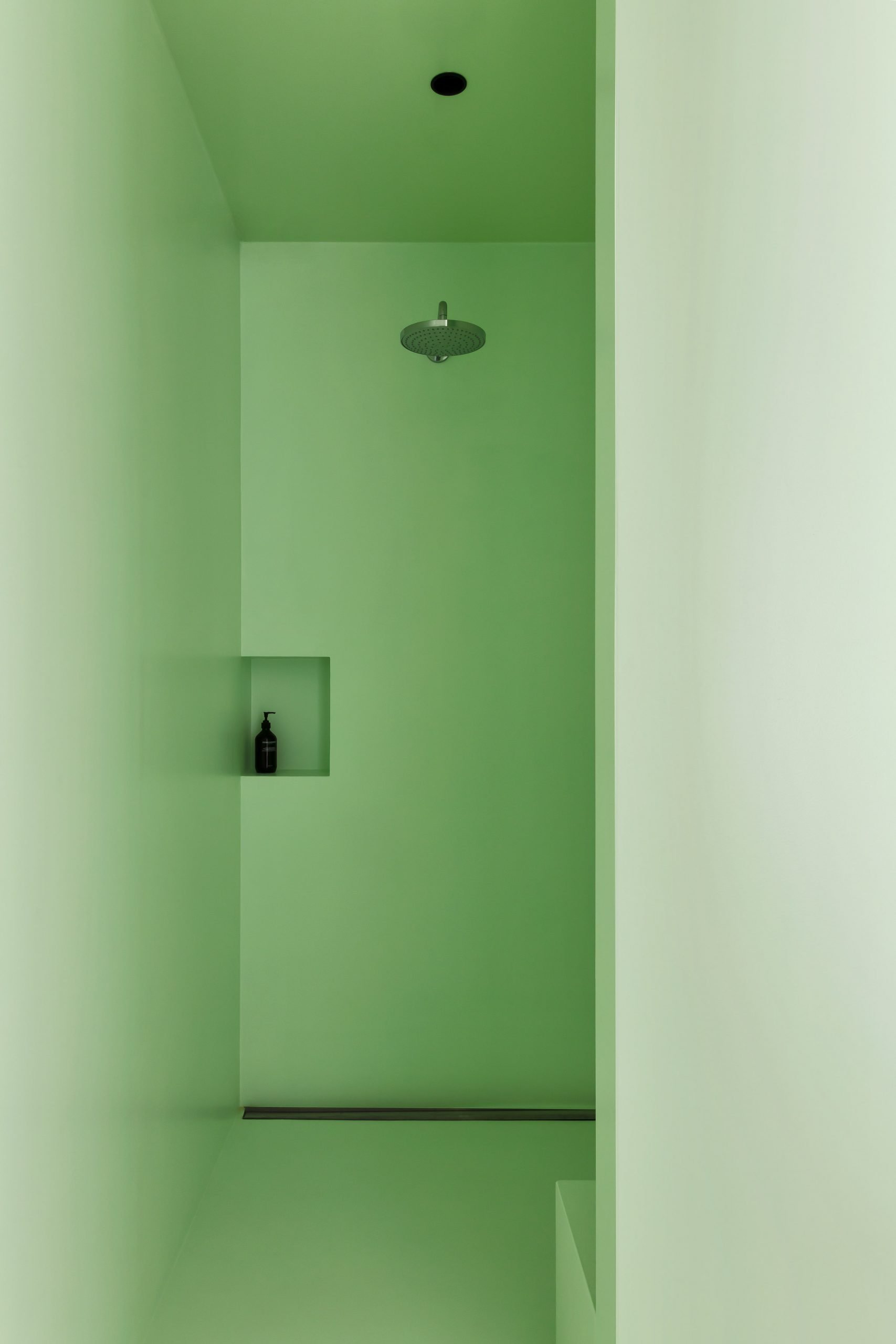 Externally the bath has been wrapped with panels of mirrored steel, complementing the sanded stainless-steel basin that’s been inset into an adjacent L-shaped partition.

The studio has tried to create additional textural interest by laying heavy grey carpet on the floor and applying a glossy paint to the ceiling. 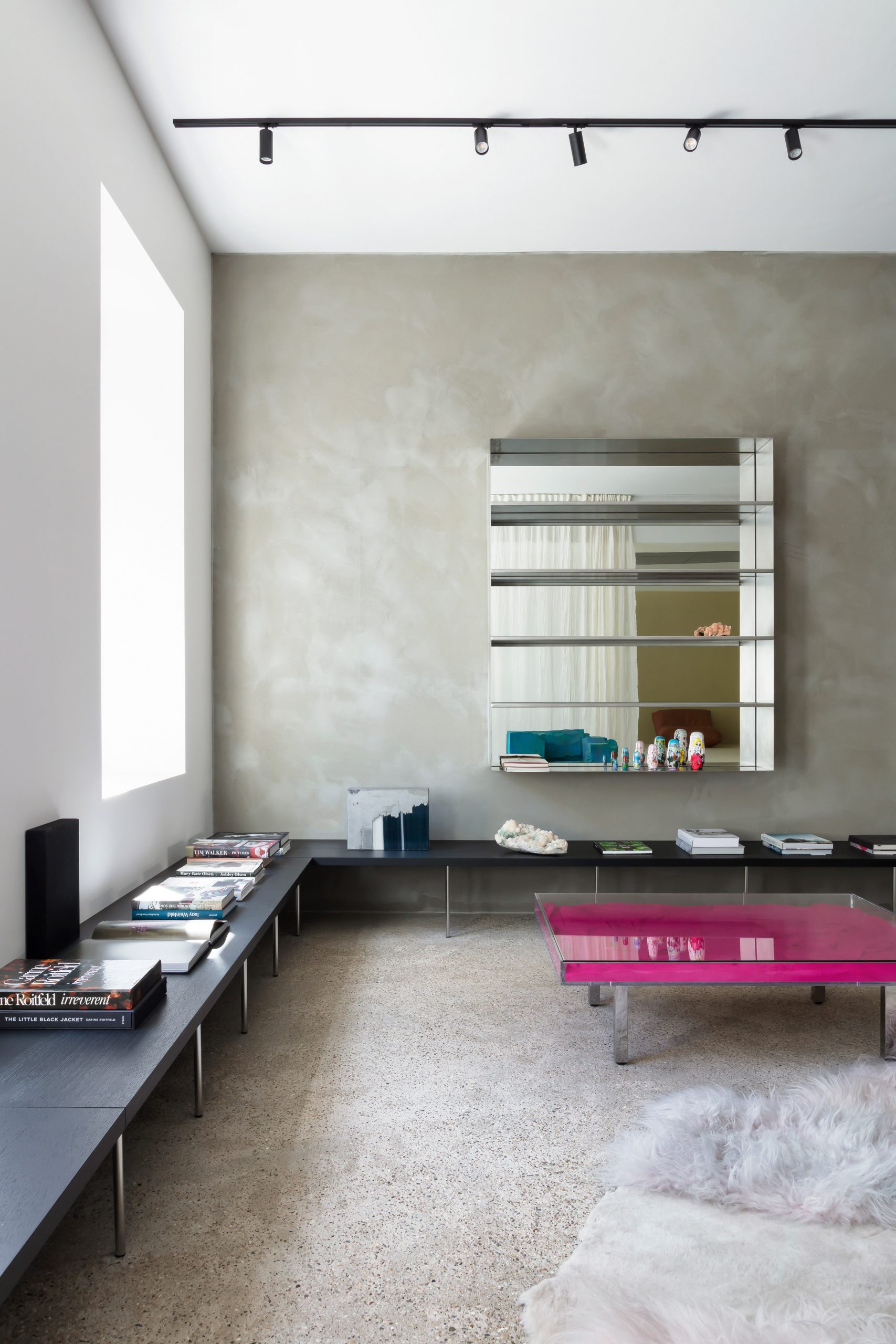 Behind the central partition hides a shower cubicle and toilet that have been entirely coated in mint-green polyester paint.

“The original idea was to use the colour of polyurethane foam – this didn’t work out so we went for this green,” Blondeel explained.

One wall has been punctured with a simple square niche where the inhabitants can store their toiletries. 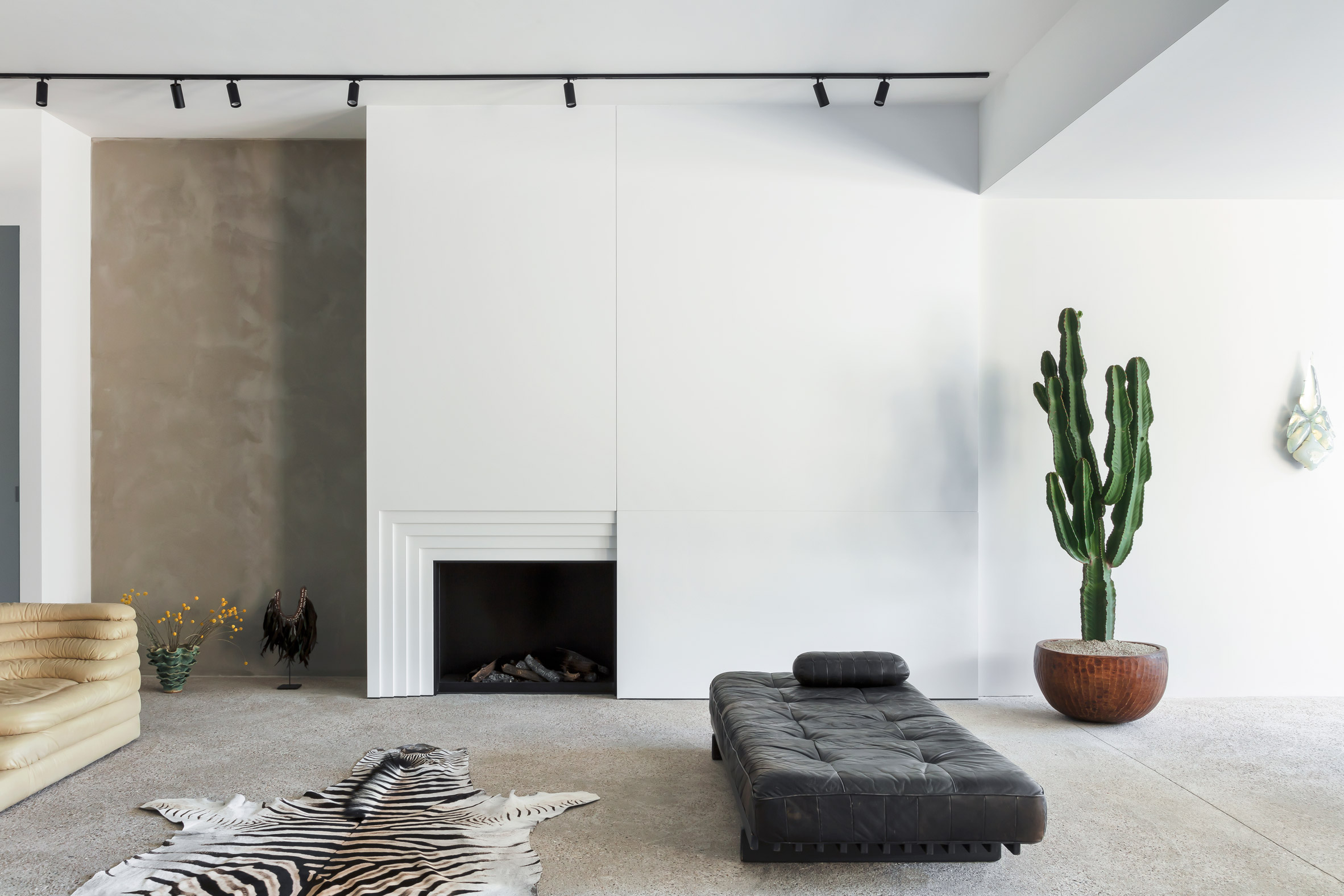 A more neutral colour palette features throughout the rest of Apartment A – in the living room, for example, surfaces have been loosely washed with cement.

Inhabitants can display their books or personal trinkets here in the mirrored shelving unit, or on the low-lying black oak sideboard that winds around the room’s perimeter.

The studio has also boxed-in a feature wall in the home’s more formal lounge area to create a recessed fireplace. 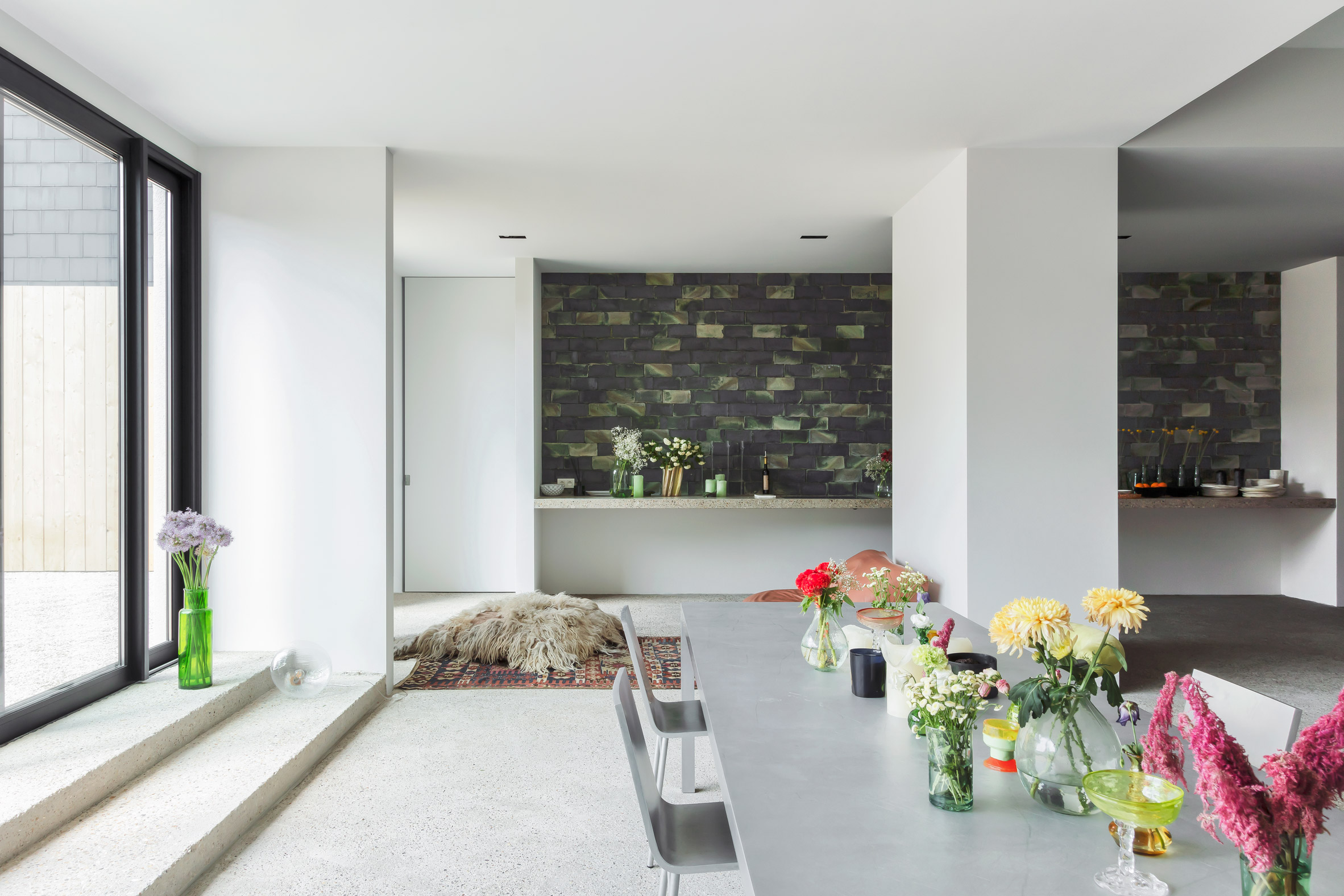 An exposed-aggregate concrete counter has been installed in the kitchen. It sits directly beneath a panel of black and murky green tiles that was created by the previous architect.

In the nearby dining area, there is a metallic table and matching set of chairs by Flemish designer Maarten Van Severen.

A huge grooved daybed upholstered in brown velvet by Belgian designer Jonas Van Put has also been added to the apartment’s snug. 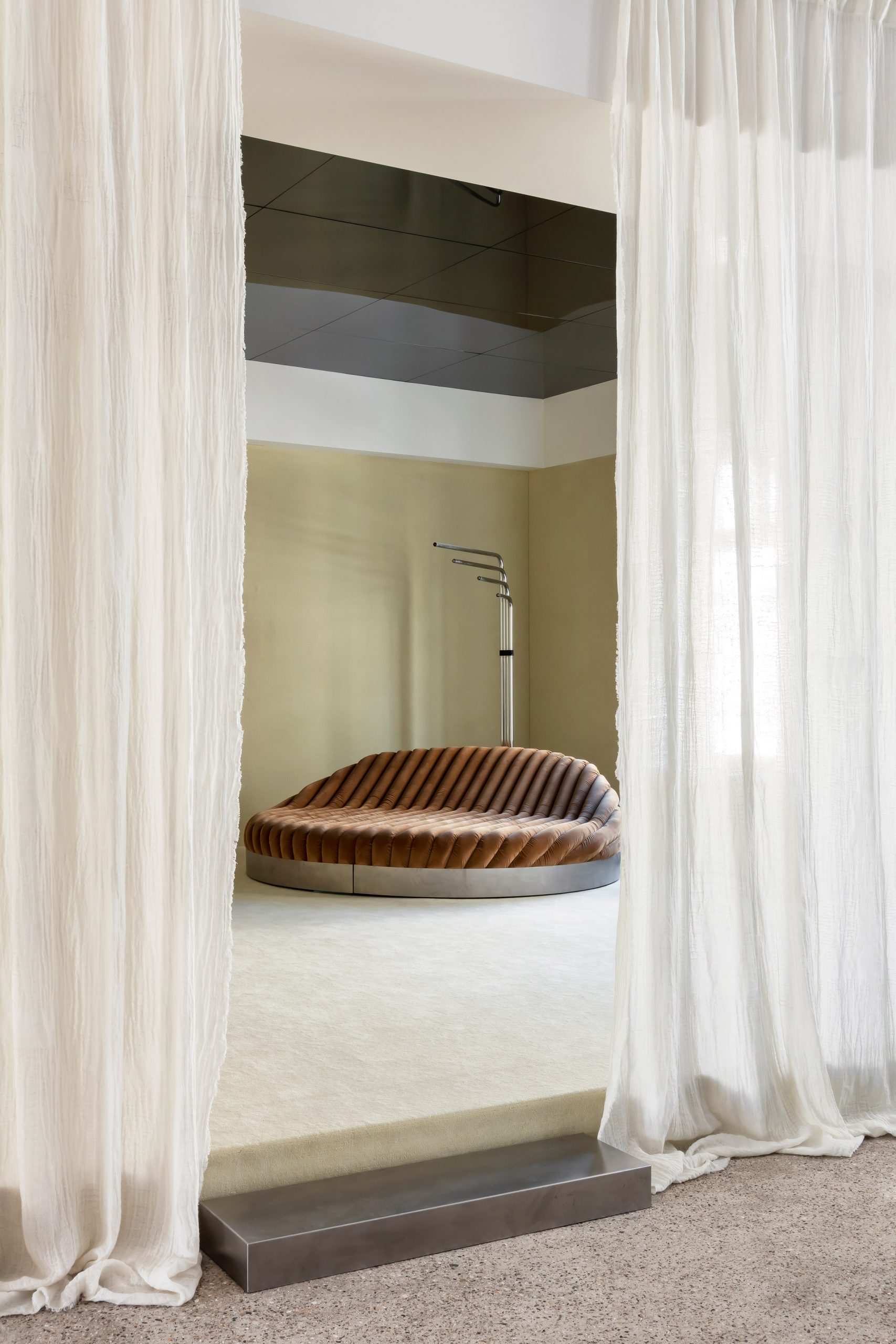 Atelier Dialect was established in 2012 by Jonas Blondeel and Pierric De Coster. Several other architects and designers opt to create an explosion of colour in home bathrooms – the remodel of a London maisonette, Studio 30 Architects painted the upper half of its bathroom aquamarine and the lower half baby pink.

Adam Nathaniel Furman also decked out the bathroom of a Tokyo apartment with blue, purple and milky-orange tiles.

Photography is by Piet-Albert Goethals.