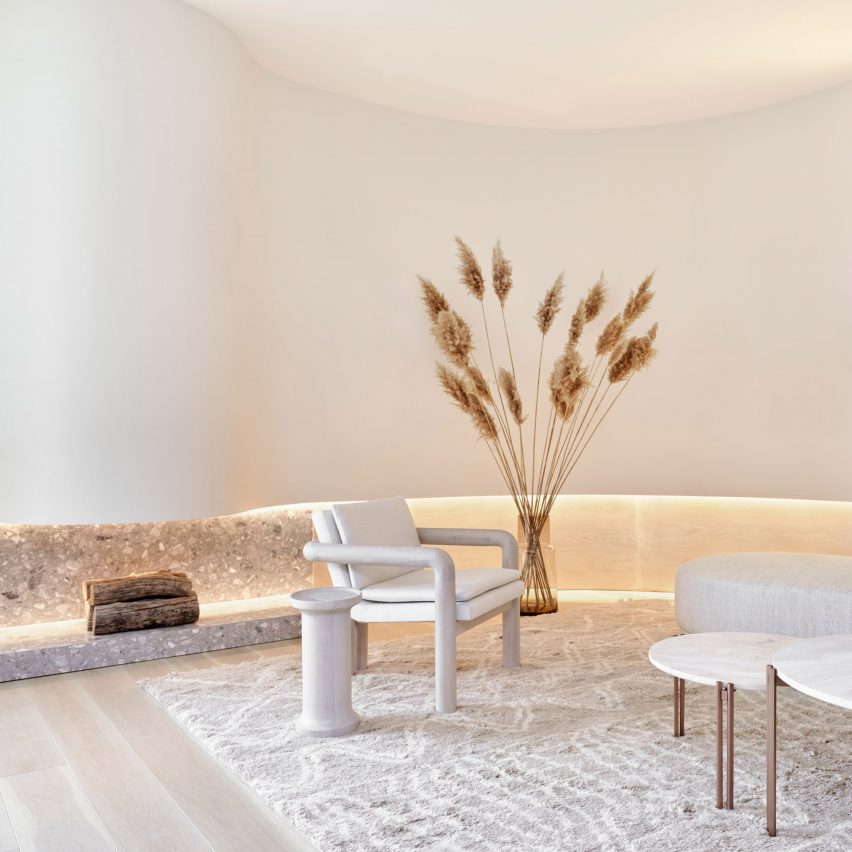 Toronto-based Studio Paolo Ferrari has designed a showroom for a new development in Ottawa that appears more like a home than a sales gallery.

The salesroom is for a development in the Canadian capital called Zibi that will span 34 acres (14 hectares) with residential and commercial complexes near the Ottawa River. 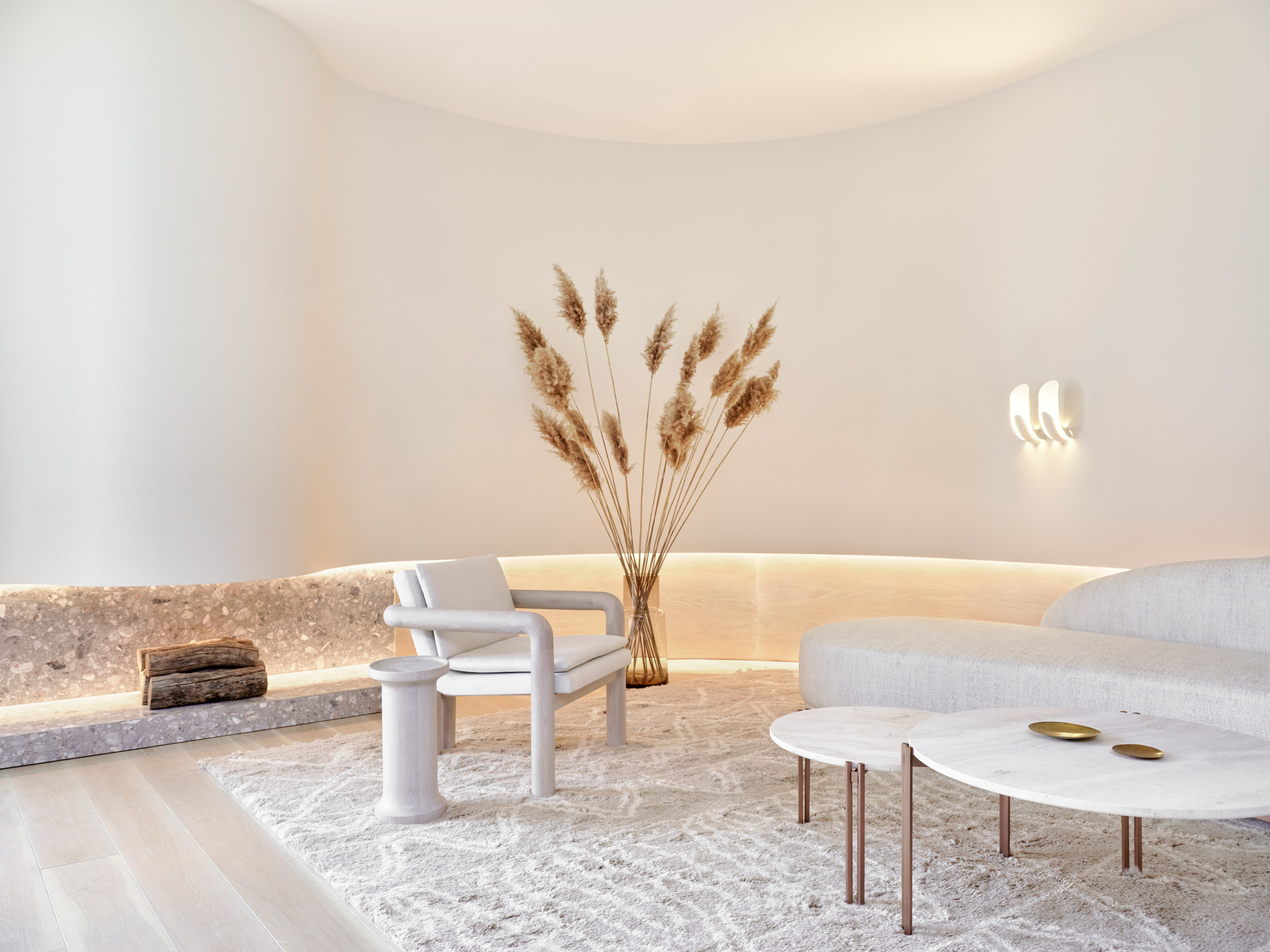 Called Zibi House, the showroom was designed by Studio Paolo Ferrari inside shipping containers with a courtyard in the middle surrounded by glass walls to provide natural light inside.

Upon entering is a lobby with views of the courtyard’s serviceberry or Shadbush tree that is native North America. Walls are cream and an off-white hue is applied to a curved sofa, cushioned armchair, coffee table and rug to match. A desk and an L-shaped bookshelf in pale wood are also located here. 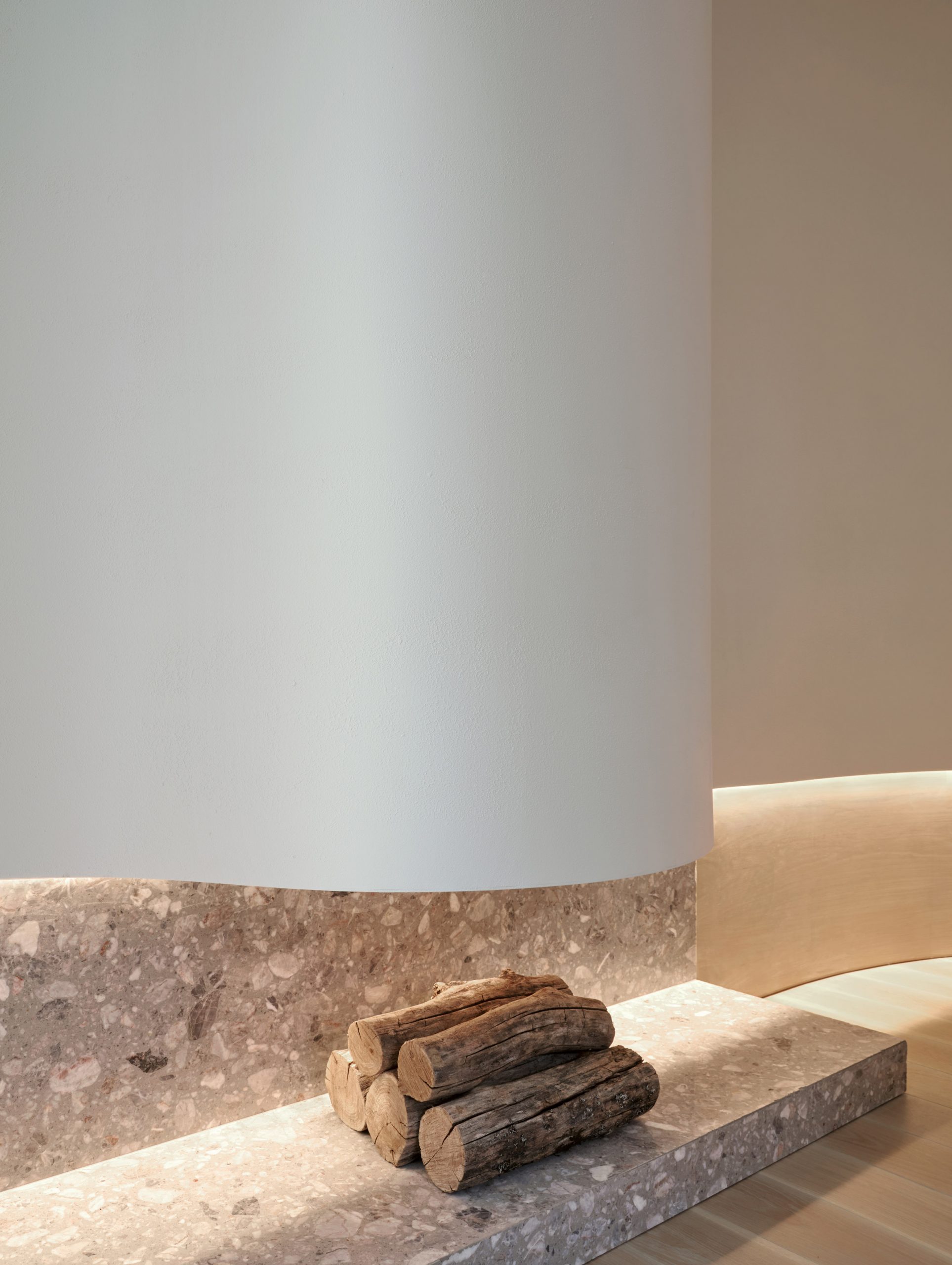 “We did not want this project to feel at all like a sales gallery, and we were much more interested in creating a place that celebrated the ambitions of the development in a visceral way,” the studio said.

“The arrival is gracious and inspired in part by the classic courtyard house, while the experience rooms are more expressive in both their architecture and tonality.” 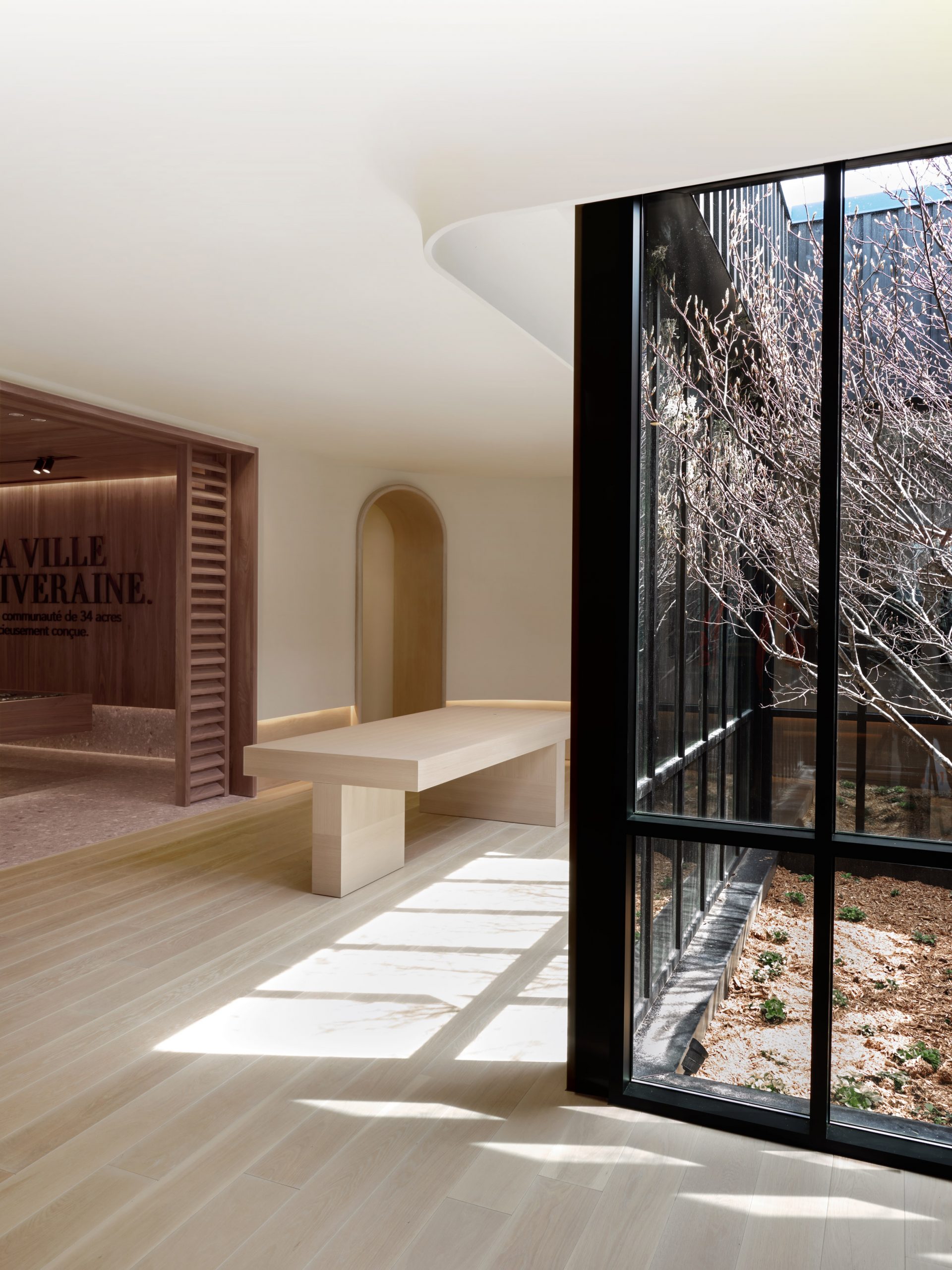 All of the furniture at Zibi House was designed by Studio Paolo Ferrari and made in Canada.

A room near the entrance is wrapped in wood and has a large model of the Zibi development. Other areas nearby include a meeting room and office space. 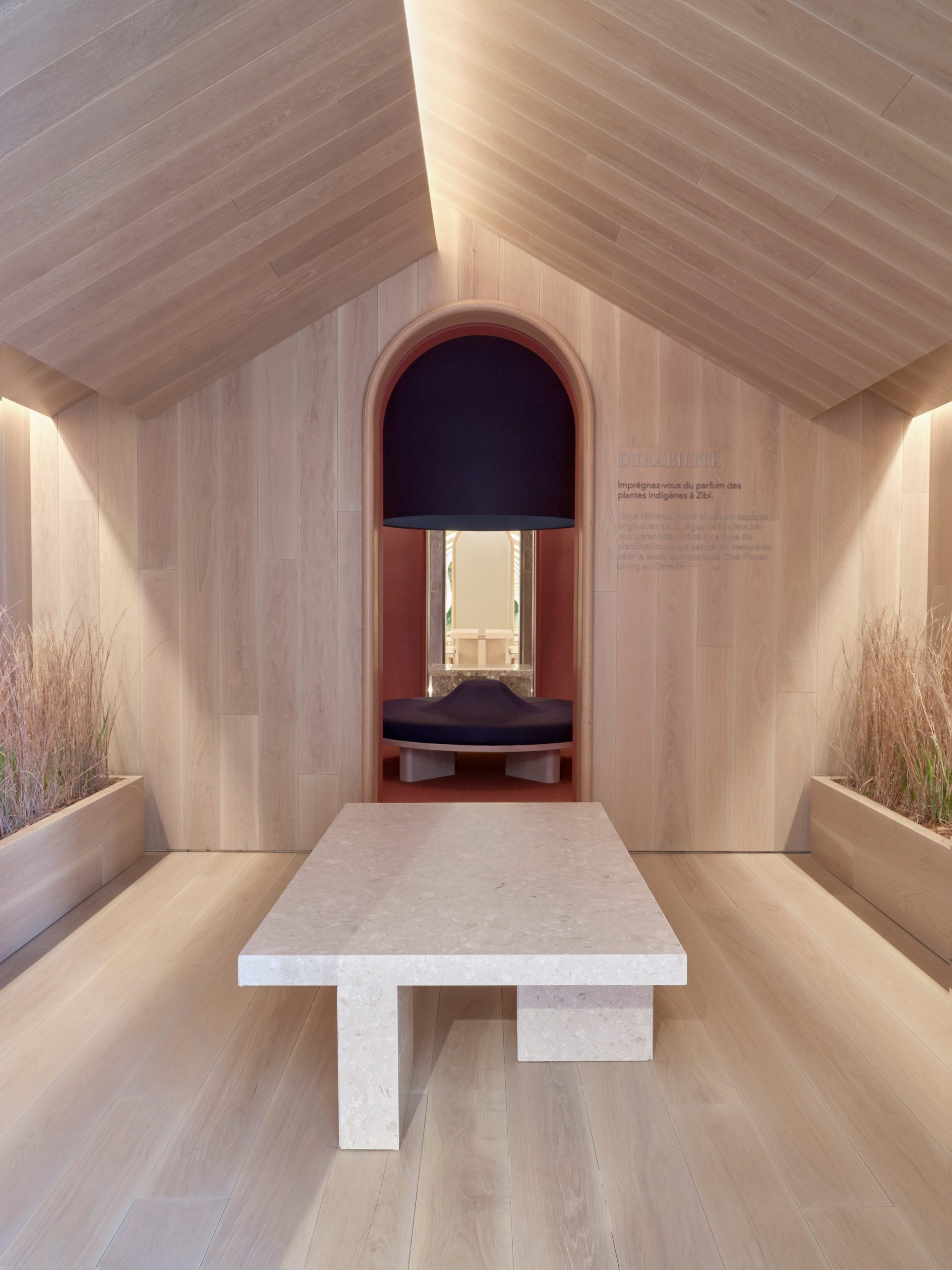 Archways link to a series of smaller rooms, which the studio designed based on Ottawa’s landscape and sensory experiences.

One wood-panelled room houses native plants to evoke the scent of the region and is called the Scent Room, and a red-coloured Sound Room features a black cone mounted from the ceiling that plays music by Jerermy Dutcher, an award-winning Canadian Indigenous tenor.

Another space focused on eating local ingredients has an arched, white ceiling and is filled with pale wood benches and tables. 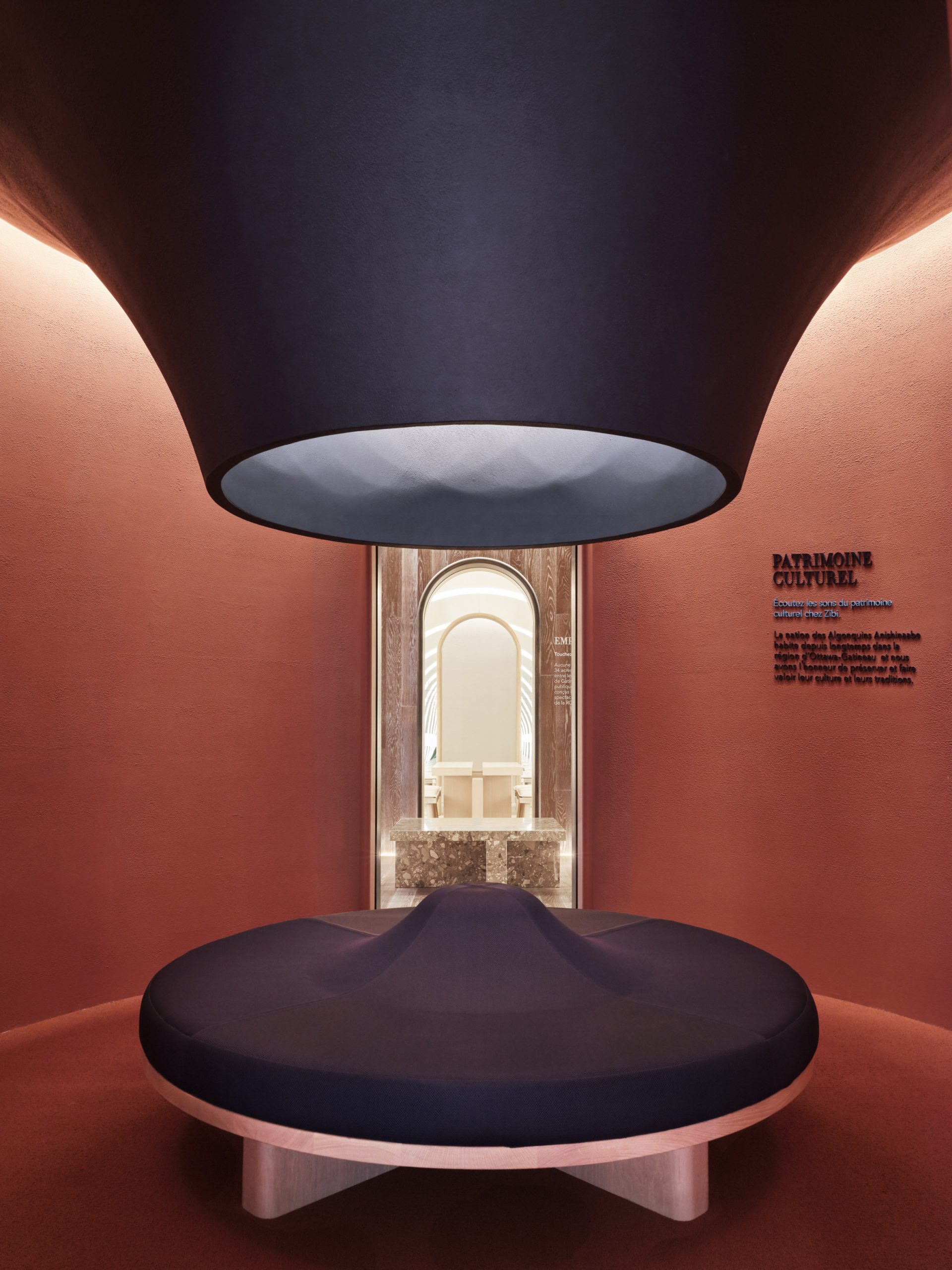 “We were interested in re-envisioning how information could be presented and illicit and emotional connection,” the studio said. “We devised a progression of spaces, each inspired by one of the five senses, as a way of speaking to the distinct qualities of the project.”

“Each space shifts architecturally and tonally,” it added.

Covering the floors are a variety of materials, such as grey stone, red carpet, and dark and pale wood from logs salvaged from the nearby Ottawa River. 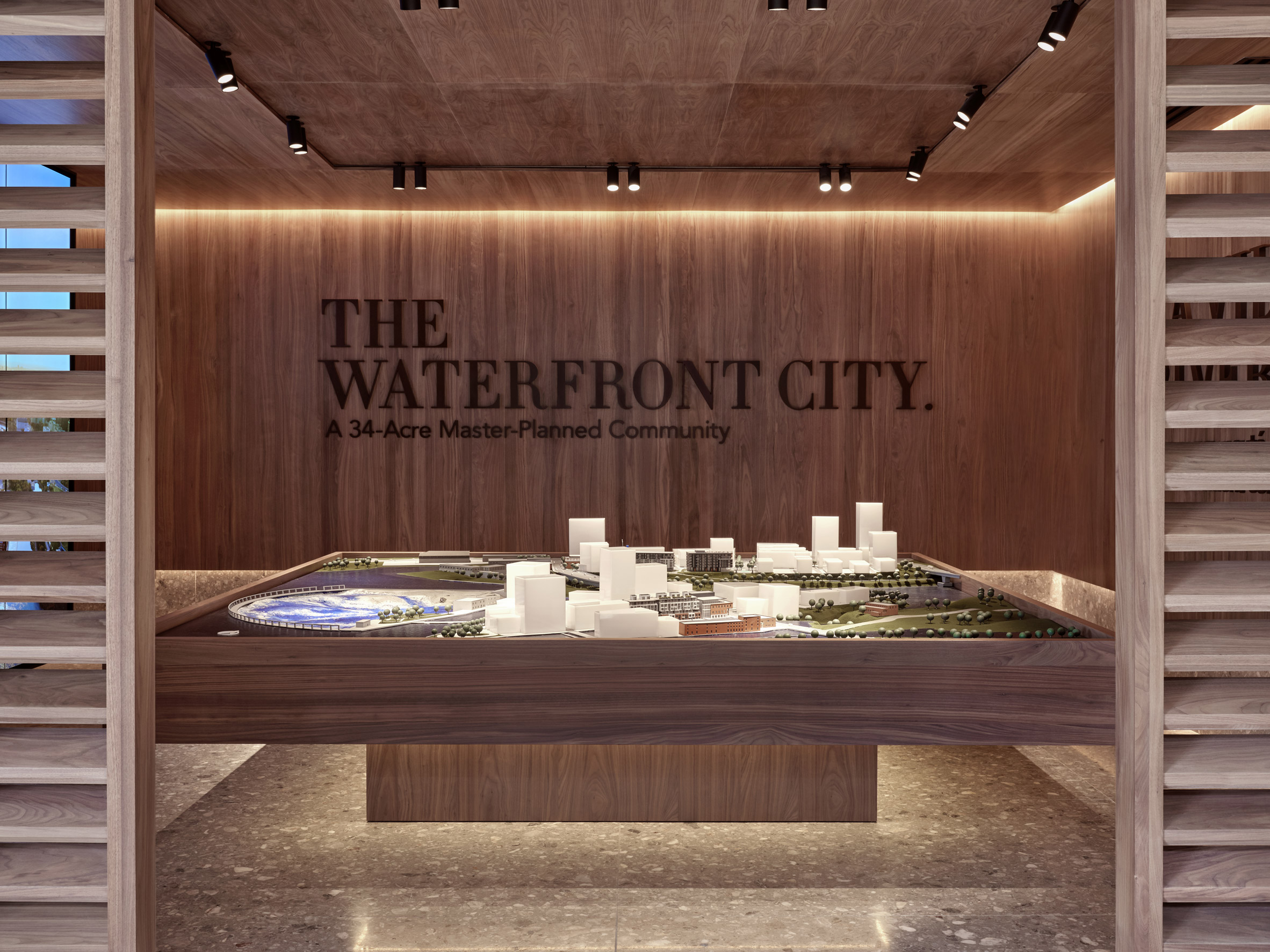 The development’s name, Zibi, also means river by the indigenous Algonquin people who first settled along the river centuries ago.

Zibi House is complete with an eight-story tower, similarly made from shipping containers, with an observation room on the top storey for expansive views of the development’s site. 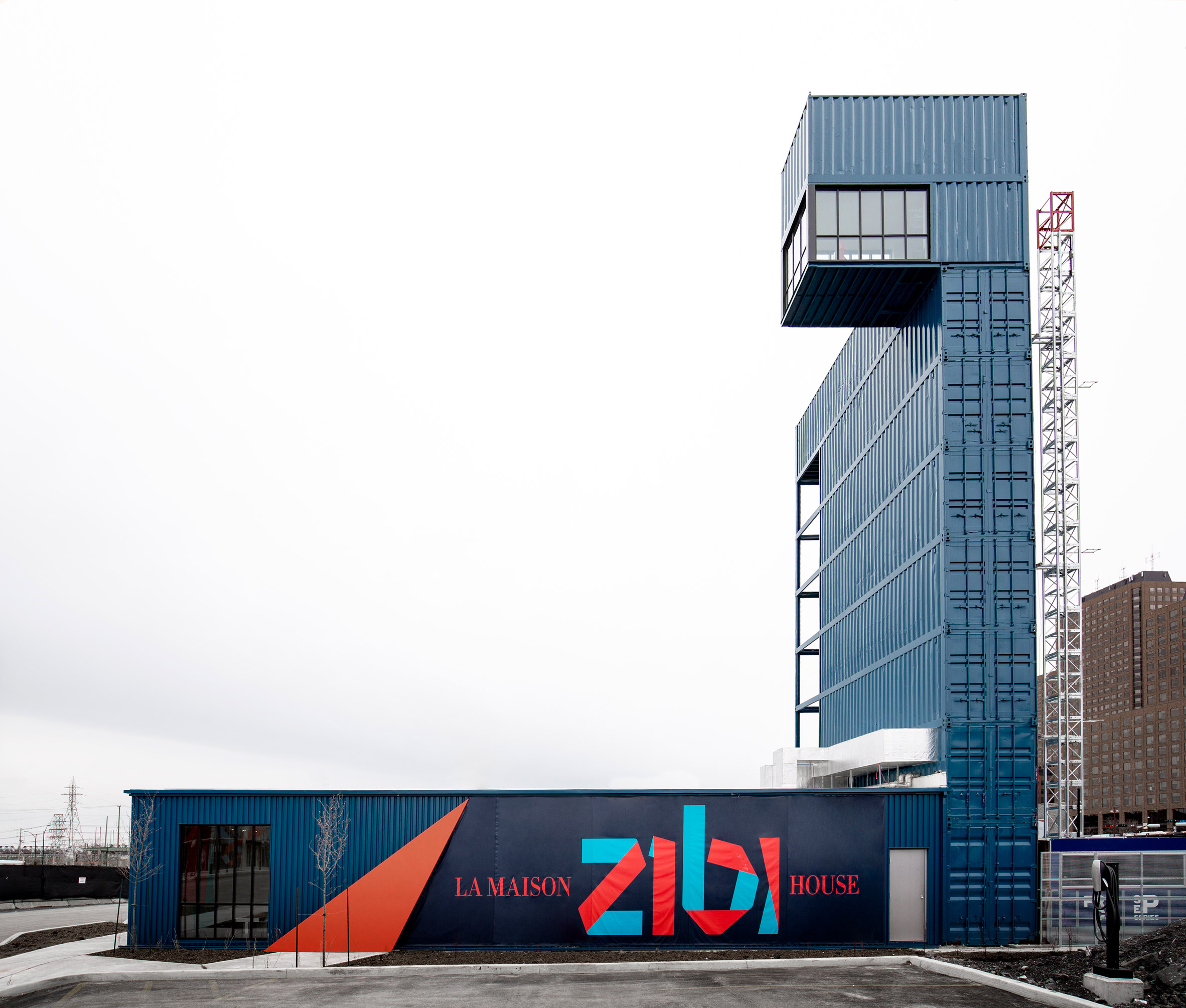 Ferrari founded his eponymous studio after working as a design director at Yabu Pushelberg, which has offices in New York and Toronto. He studied at the Ontario College of Art & Design, now OCAD University in Toronto, and has also created a furniture collection that features velvet and pale wood.

In addition to this real estate sales office, other projects in Ottawa include a Canada’s first Holocaust monument, a visitor centre for Parliament of Canada and the city’s National Arts Centre that has been renovated and expanded.

Photography is by Joel Esposito.