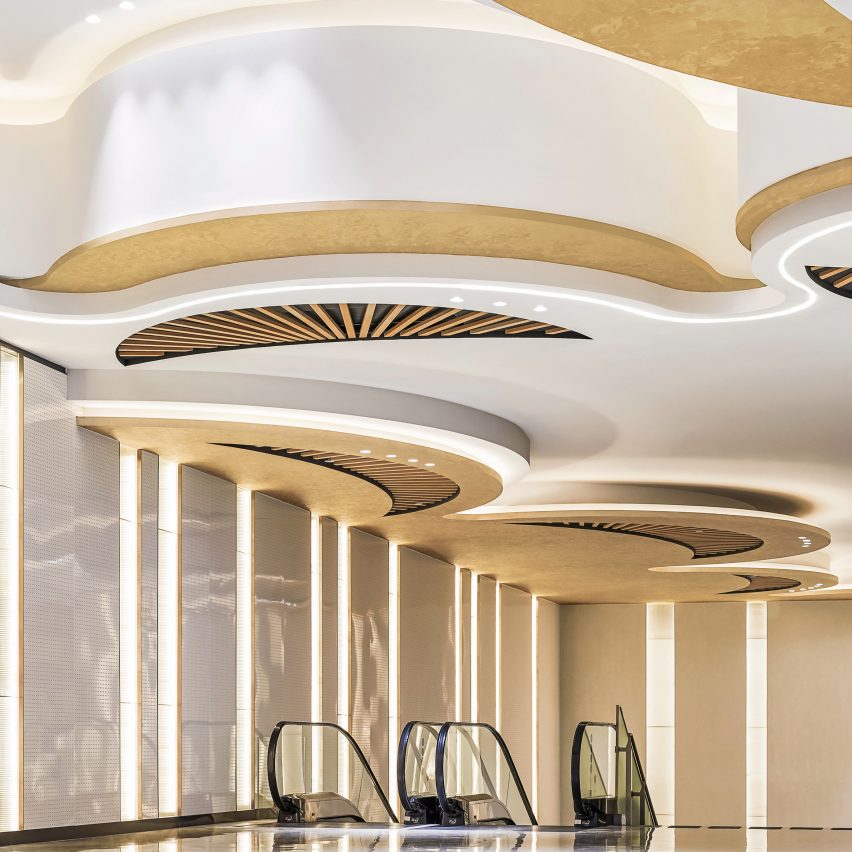 VDF studio profile: Oft Interiors is a Hong Kong-based design studio that specialises in cultural spaces and has overhauled the interiors of more than 40 different cinemas.

It was founded in 2013 by CM Jao and Ken Cheung, two graduates from Hong Kong Polytechnic University.

Jao, who has previously designed interiors for companies including global architecture firm Benoy, brings his experience in leisure spaces to the table, while Cheung contributes his knowledge of architectural design and environmental planning.

“Our team devotes its full efforts and passions to developing innovative work,” explained Cheung. “We aim to bring a new zest to the Hong Kong design industry.”

In particular, the studio has made a name for itself by creating the interior design and brand positioning for cinemas and theatres across both Hong Kong and mainland China, often based on conceptual themes such as “water” or “deconstruction”.

One example of this is the Palace Cinema in Shanghai’s LCMall, which features a bright white lobby with undulating walls and ceilings, to represent the ripple effect that movies can have on their audiences.

The ticket counters are fitted subtly into these curves while reflective glass panelling on the walls creates the appearance of looking at the still, mirrored surface of a lake.

Another project, Hong Kong’s Emperor cinema, is located in a building that had undergone three major renovations.

In order to bring this history to life, the studio decided to visualise the iterative process of drafting and redrafting by using materials of different textures such as inky black wallpaper, wood veneer, and nickel-plated countertops to evoke pencil marks of different strengths.

The approach for another Shanghai movie theatre, the UA Cinema in West Gate Mall, was based on the idea of deconstructing the interior using irregular lines and patterns.

In the lobby, the ceiling lacks a stable plane and instead features an asymmetrical beam that juts out at visitors from above to create a sense of surrealism.

Virtual Design Festival is the world’s first online design festival, taking place from 15 April to 30 June. For more information, or to be added to the mailing list, contact us at [email protected].

A studio profile on Virtual Design Festival could expose your work to Dezeen’s three million monthly website visitors. Each studio profile will be featured on the VDF homepage and included in Dezeen’s daily newsletter, which has 170,000 subscribers