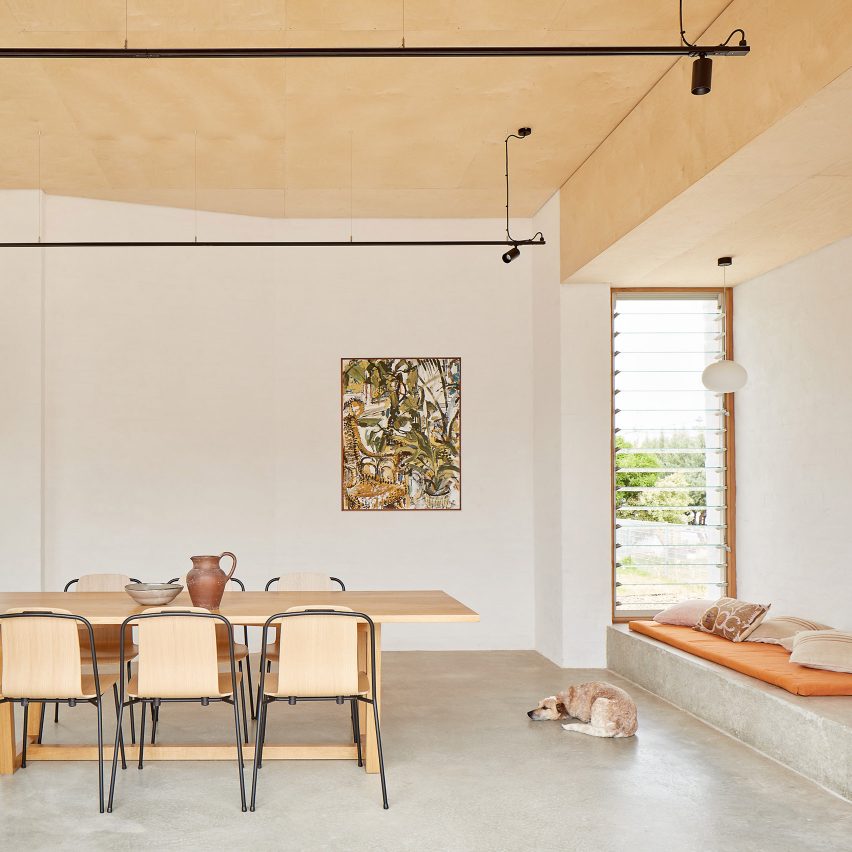 David Barr Architects has added a bright and roomy two-floor extension to a cottage near Perth, Australia so that its owners can have their grown-up children come to stay.

The cottage is situated in the port city of Fremantle along Marine Terrace road, from where the project takes its name.

Marine belongs to a couple with three adult children, two of whom reside in other regions of Australia while one lives overseas.

This means when the children come to visit they can independently stay in the existing cottage and come and go as they please without troubling their parents. 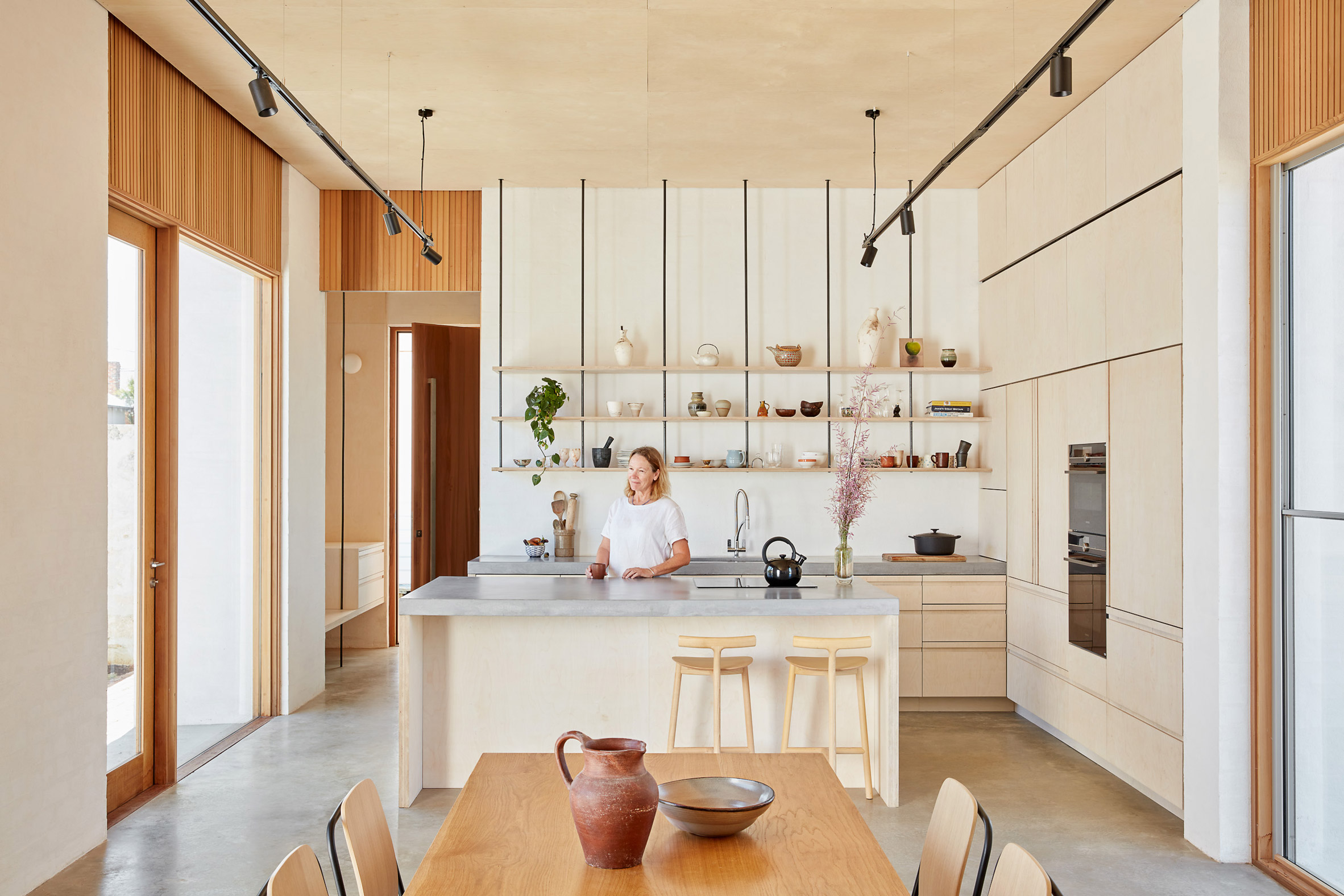 Various lean-tos had been disjointedly attached to the cottage over the years and, although they were being demolished, the clients felt the structures had “beautiful qualities” that could be referenced in the extension.

“They were very keen to capture the character of the existing structures in the design of the new addition – the texture of the brickwork, the aged timber and the instant warm that you get from the finished product,” the practice’s founder, David Barr, told Dezeen. 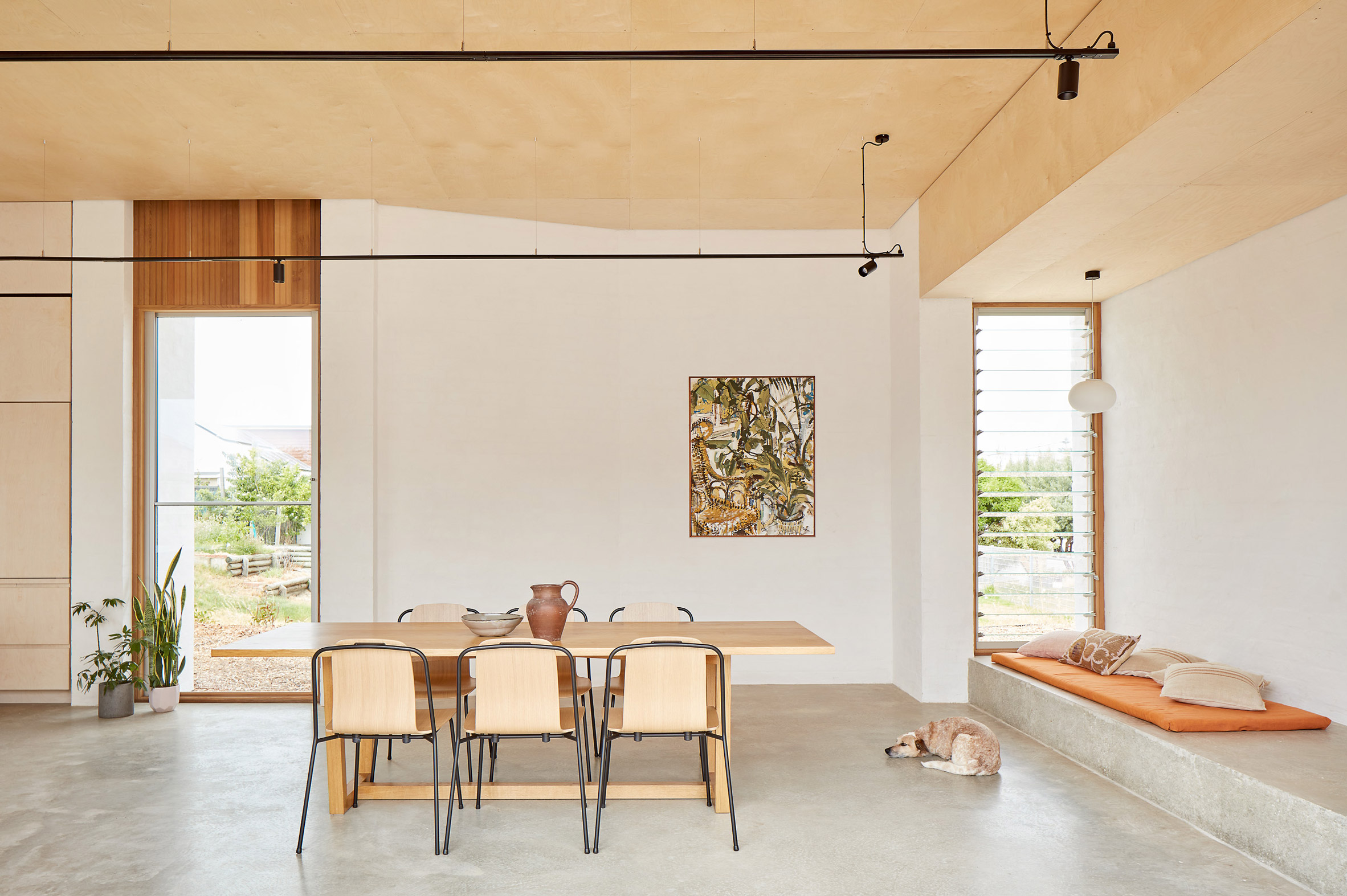 With this in mind, the practice decided to clad the front elevation of the Marine extension in lime-washed bricks.

The upper volume of the extension features chamfered walls that gently slope inwards towards the windows. These angled surfaces create dramatic shadowplay as the sun moves across the sky throughout the day.

A pre-existing limestone wall that runs around the front of the extension has also been heightened to form a private brick-lined courtyard. 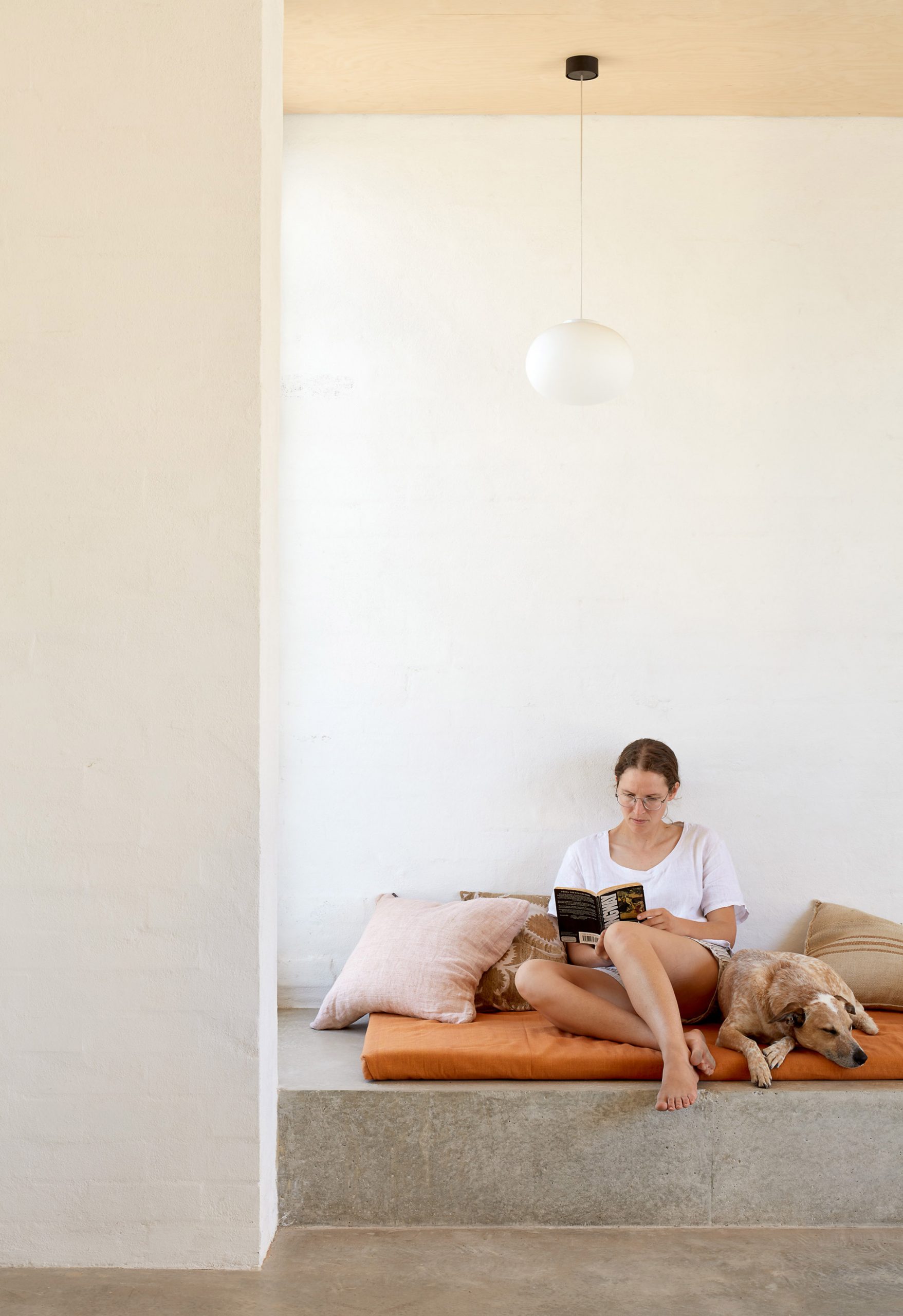 Pale brick surfaces continue to appear inside on the ground floor where there’s an open-plan dining area.

One side of the room plays host to the kitchen, which features cabinetry made from light-hued birch plywood.

The same material has also been used to craft the base of the central breakfast island. A series of shelves where the inhabitants can openly display crockery hangs directly above the prep counter, supported by slim black poles that extend down from the ceiling. 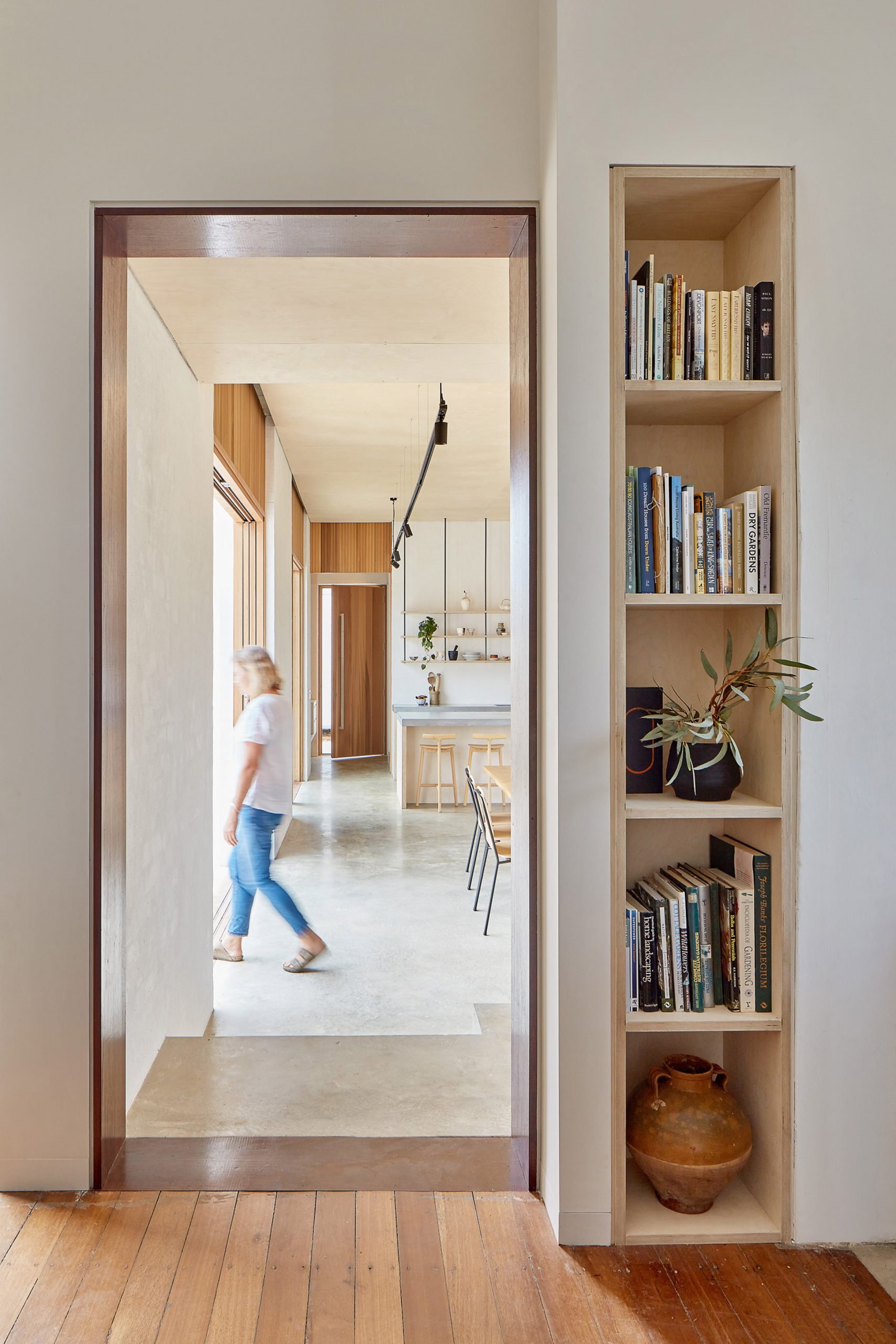 Towards the middle of the room is a long wooden table where family meals can be enjoyed. A concrete plinth runs along the rear of the room, topped with comfy seating cushions so that it can be used as a spot to lounge or read.

Concrete and birch plywood has been used throughout the rest of Marine extension’s ground floor for the joinery and flooring. Narrow slats of warm cedar wood also frame the doorways. 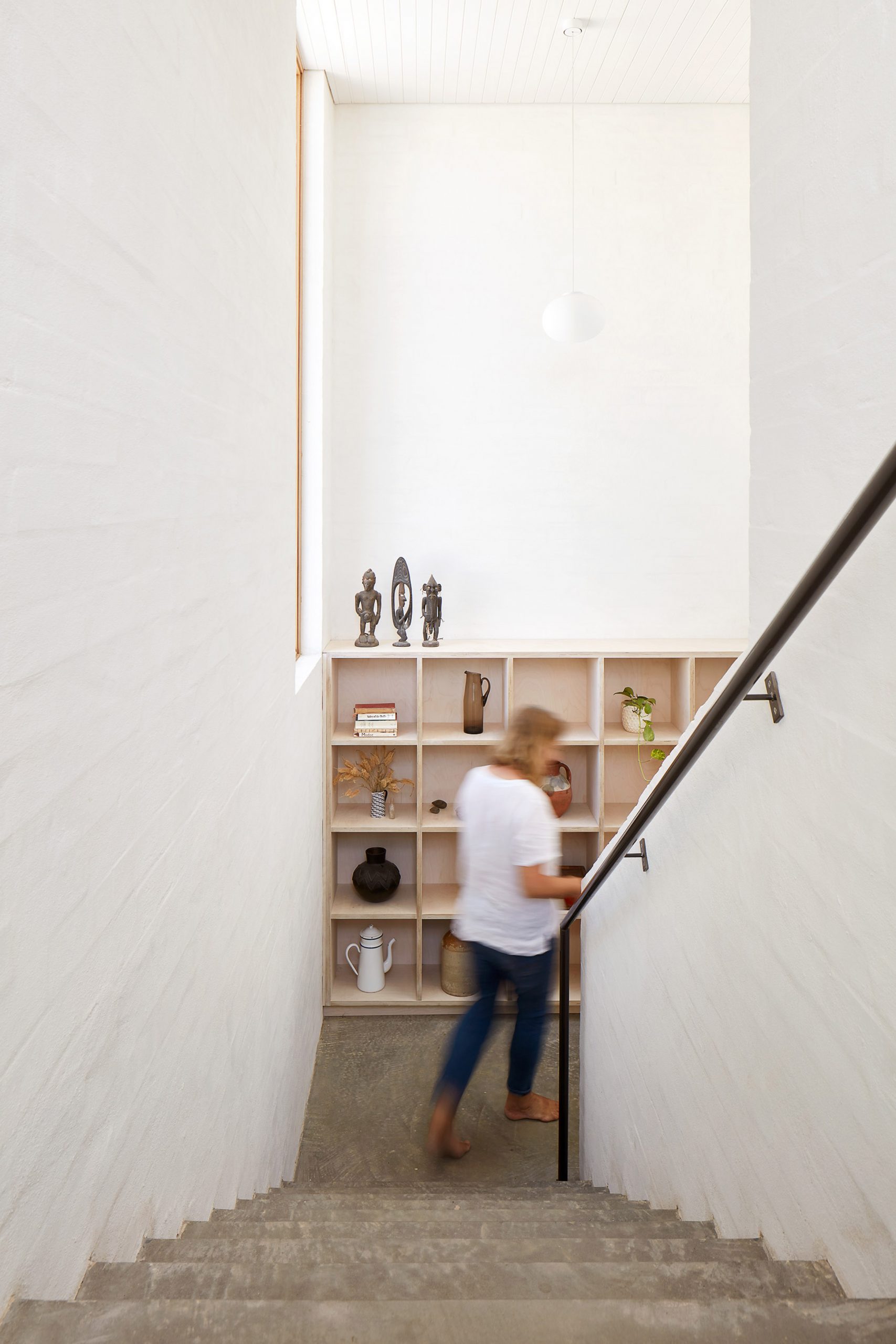 A brick stairwell leads up to the parent’s master bedroom, which comes complete with its own en-suite bathroom and walk-in wardrobe.

The white-painted room is fronted by a huge glazed panel that can be slid back to grant access to another small outdoor terrace. 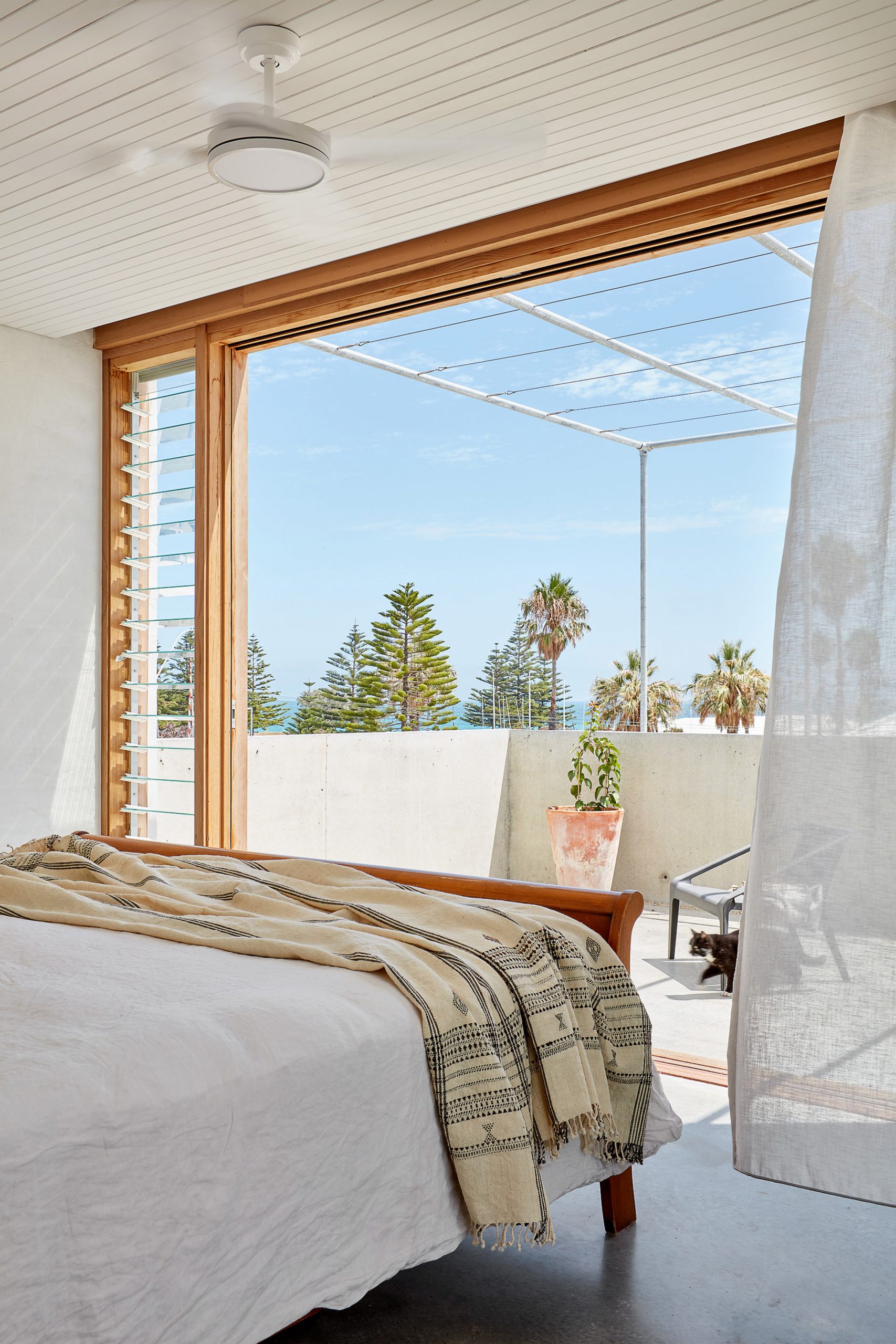 David Barr Architects has offices in Fremantle and the Australian capital of Canberra.

Studio Bright recently added a roomy two-storey extension to an Edwardian-era home in Melbourne. It includes fun features like a pool that resembles a Roman bath and a theatre-style sitting room where the kids can put on performances.

Photography is by Jack Lovel.