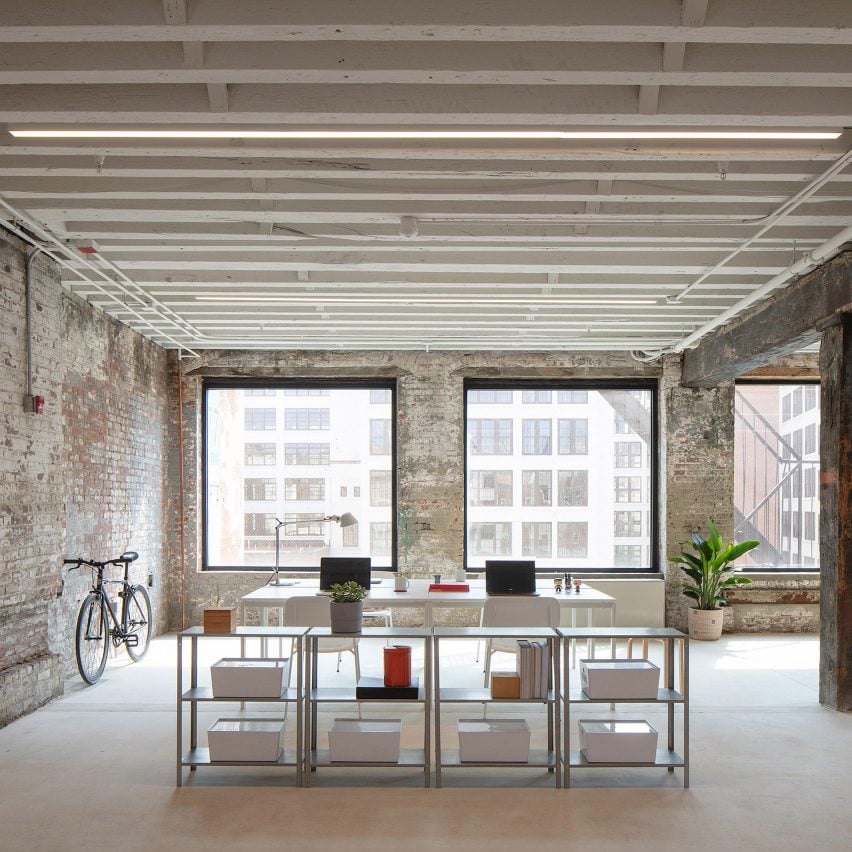 The adaptive reuse project involved remodelling 77 Washington, a six-storey former masonry factory built in the 1920s, and four other buildings situated around on the property. 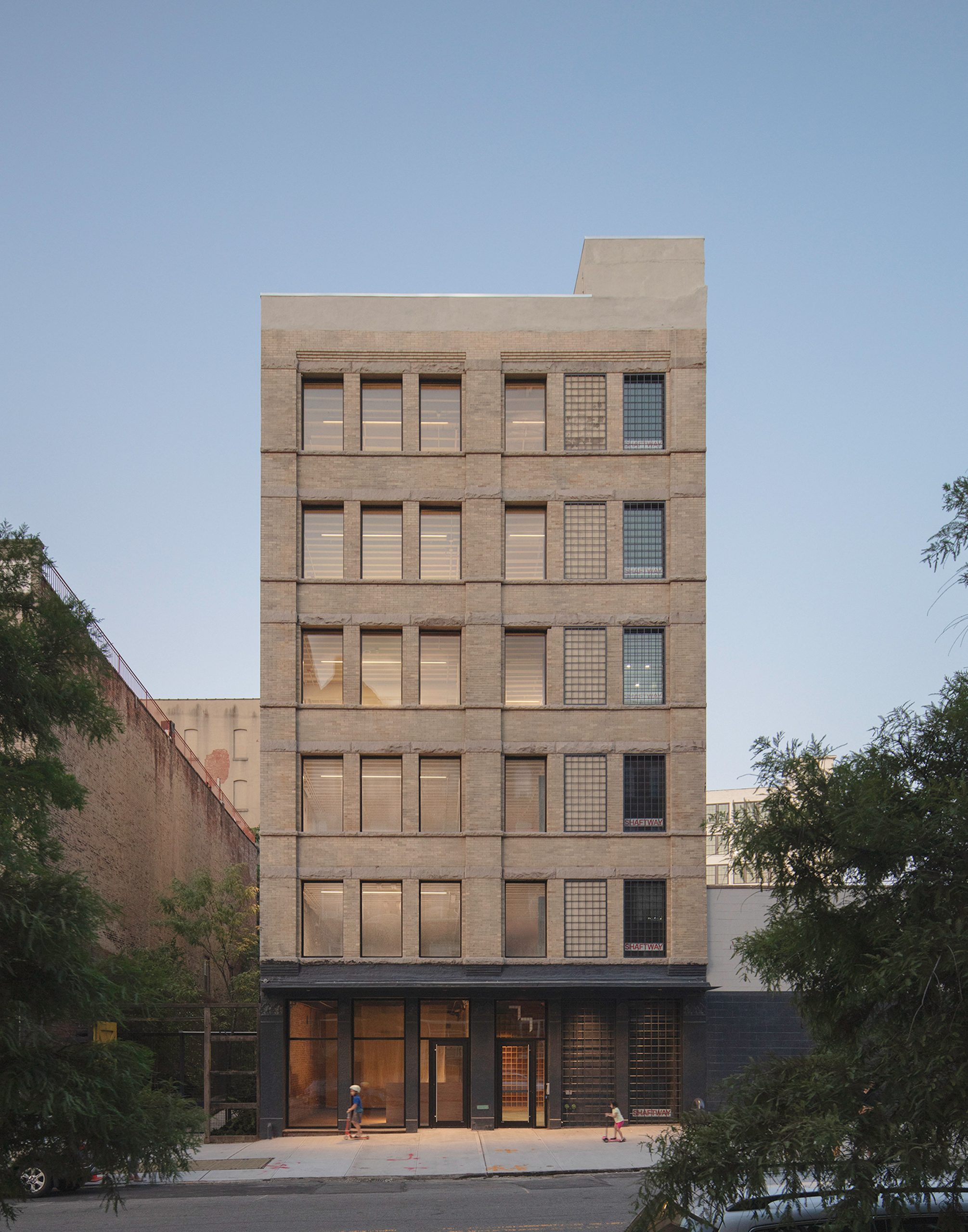 It is located at the corner of Washington Avenue and Park Avenue in Brooklyn Navy Yard, a former shipbuilding complex between the Dumbo and Williamsburg neighbourhoods undergoing regeneration. 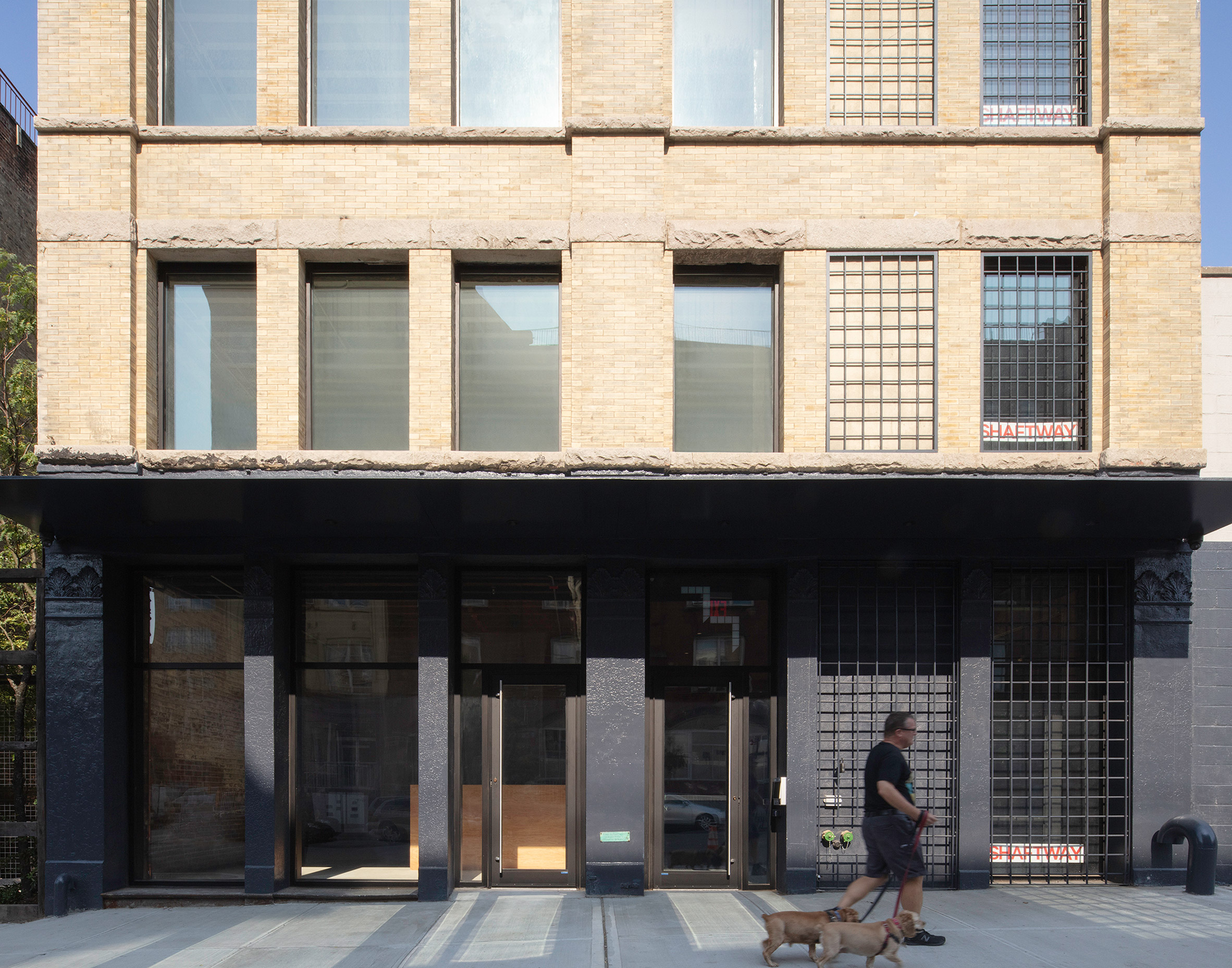 “The existing buildings were so rich with history and layered with texture that we wanted our design to highlight these found conditions while also updating to accommodate new uses and new programs,” said co-principal Max Worrell. 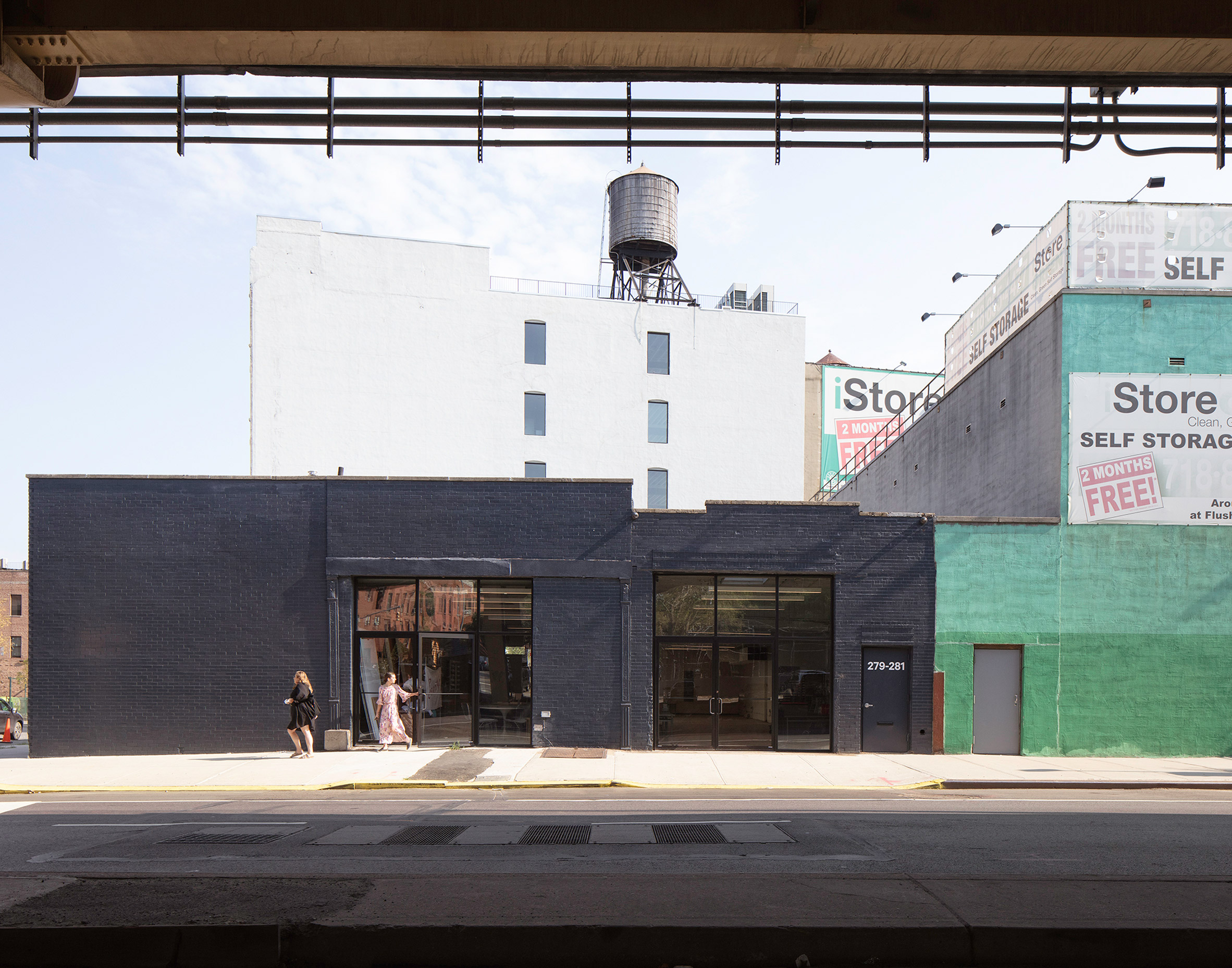 A six-storey brick structure occupies the centre of the property, with a cluster of three one-storey buildings situated on its south end and a single garage unit located on the opposite side.

On the main building the brick facade was left untouched, while the sides of the building are painted white. 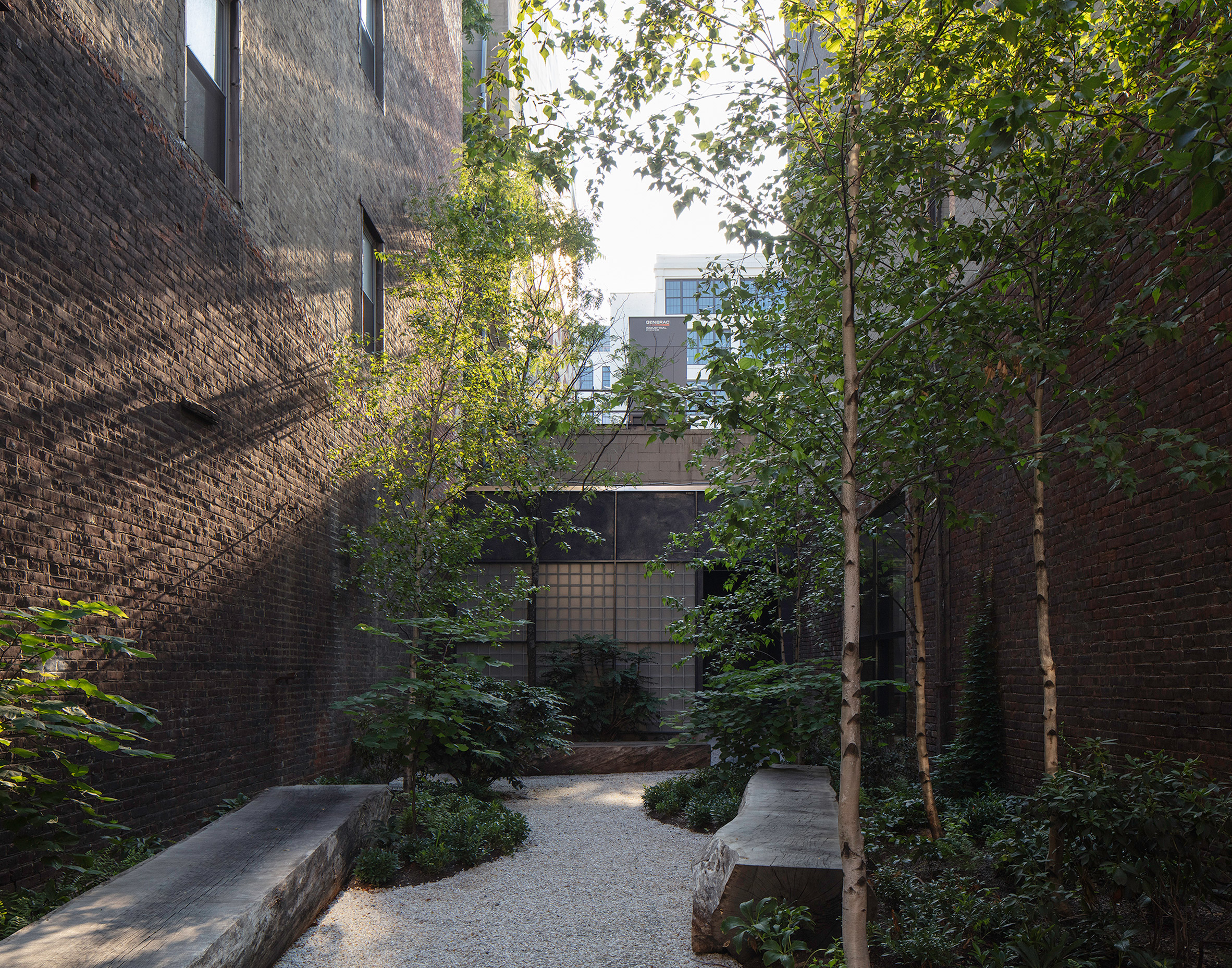 Storefronts situated along the street level were restored to house artist and photography studios. Each of the exteriors is painted dark blue and is fronted with large windows that flood natural light into the interiors.

The low-lying structures are connected by a central courtyard filled with gravel and plants laid out by landscape firm Michael van Valkenburgh Associates. To form the outdoor patio and bike storage area the studio removed a roof that previously covered the space. 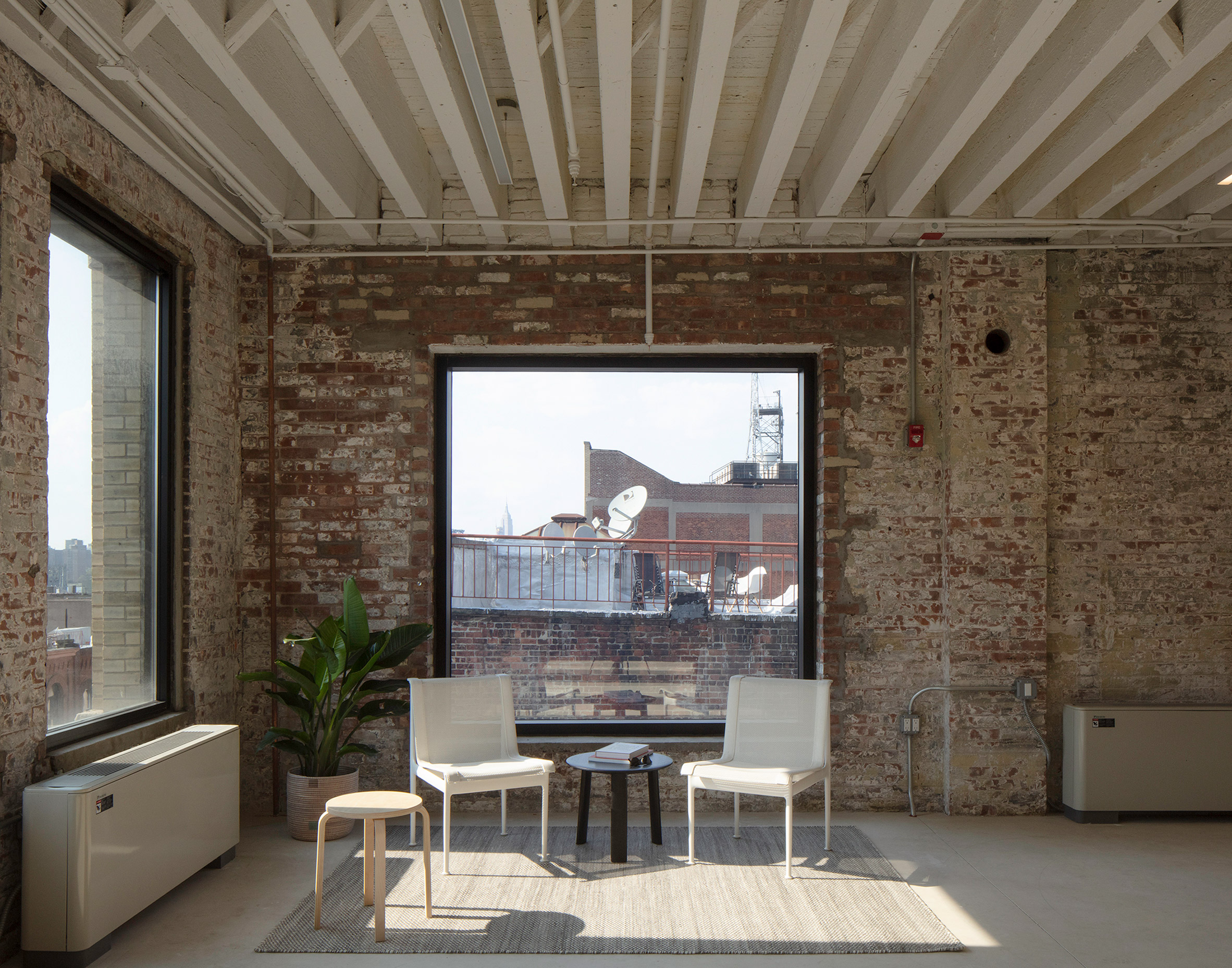 In the garden three solid oak logs form a series of benches. Over the past decade a local shipbuilder gathered the reclaimed wood used for the seating following a number of storms in the region.

Inside the materials and patterns are evocative of old Brooklyn factories and warehouses. The floors are covered with concrete and metal diamond plates.

Exposed brick walls coated with layers of old paint pair with structural wood columns and beams in the open-plan spaces, which include meeting rooms, a small kitchenette and a large lobby area. 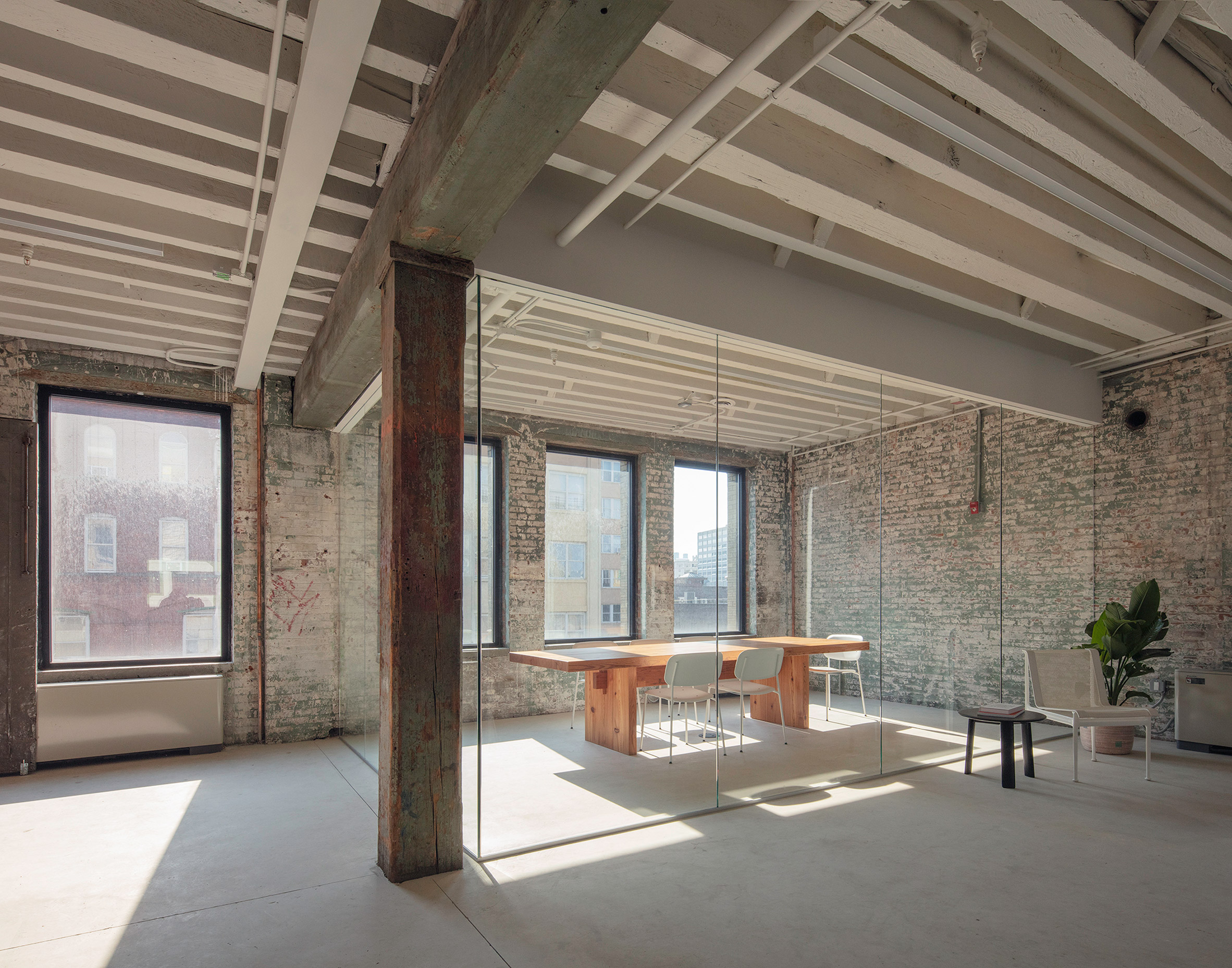 Steel grids installed across the elevator shaft windows are visible from the building’s exterior and match the pattern on the translucent glass and plywood walls located in the lobby.

“These interventions are a nod to the aesthetics of storied factory buildings and Navy Yard warehouses, which historically featured grids in their sash windows, fencing, and ship docks,” added co-principal Jejon Yeung. 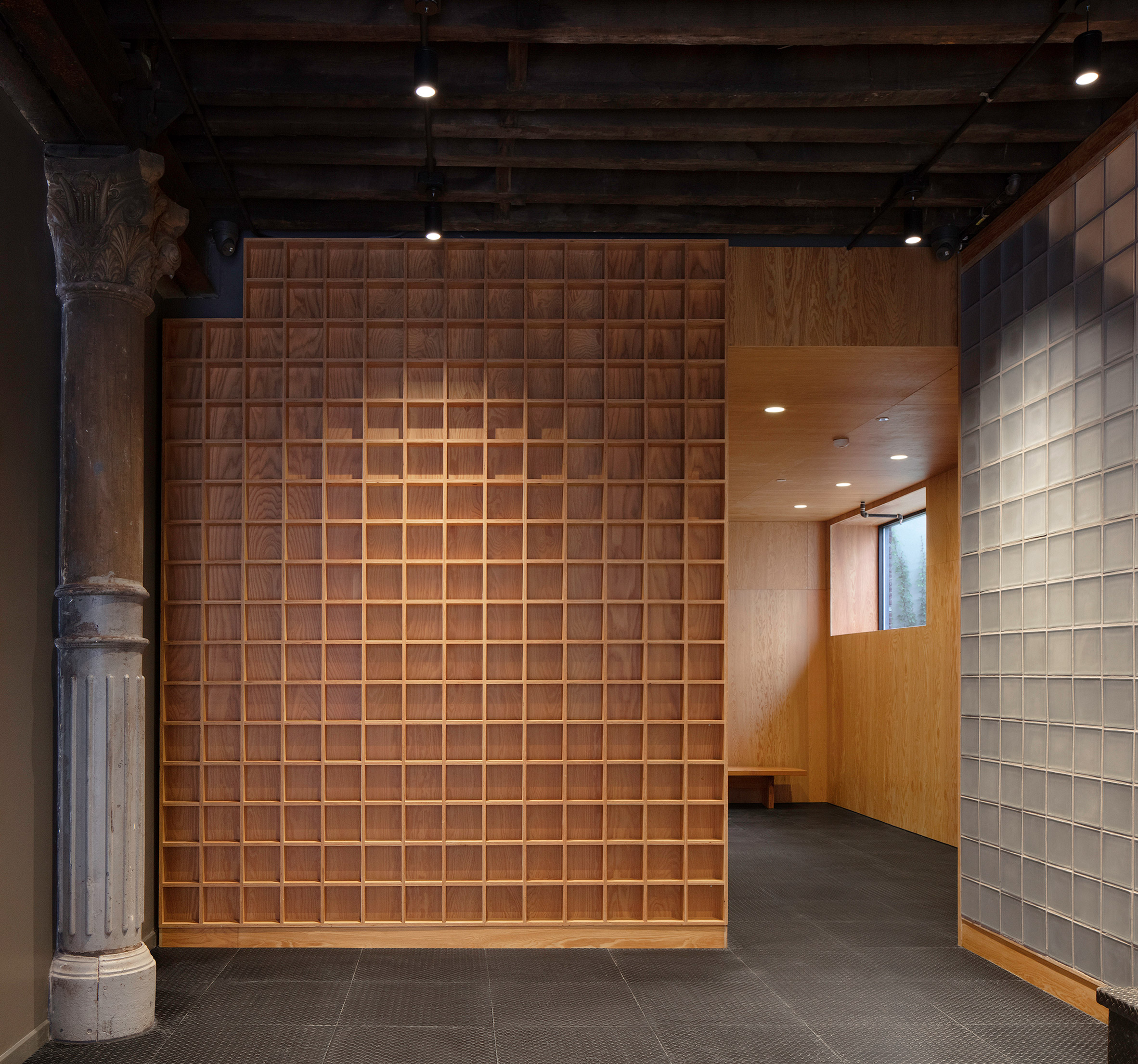 Worrell Yeung was founded in 2014 by Max Worrell and Jejon Yeung. The studio has completed a number of renovation projects in New York City, including a loft in Chelsea and an apartment inside Dumbo’s Clocktower building. 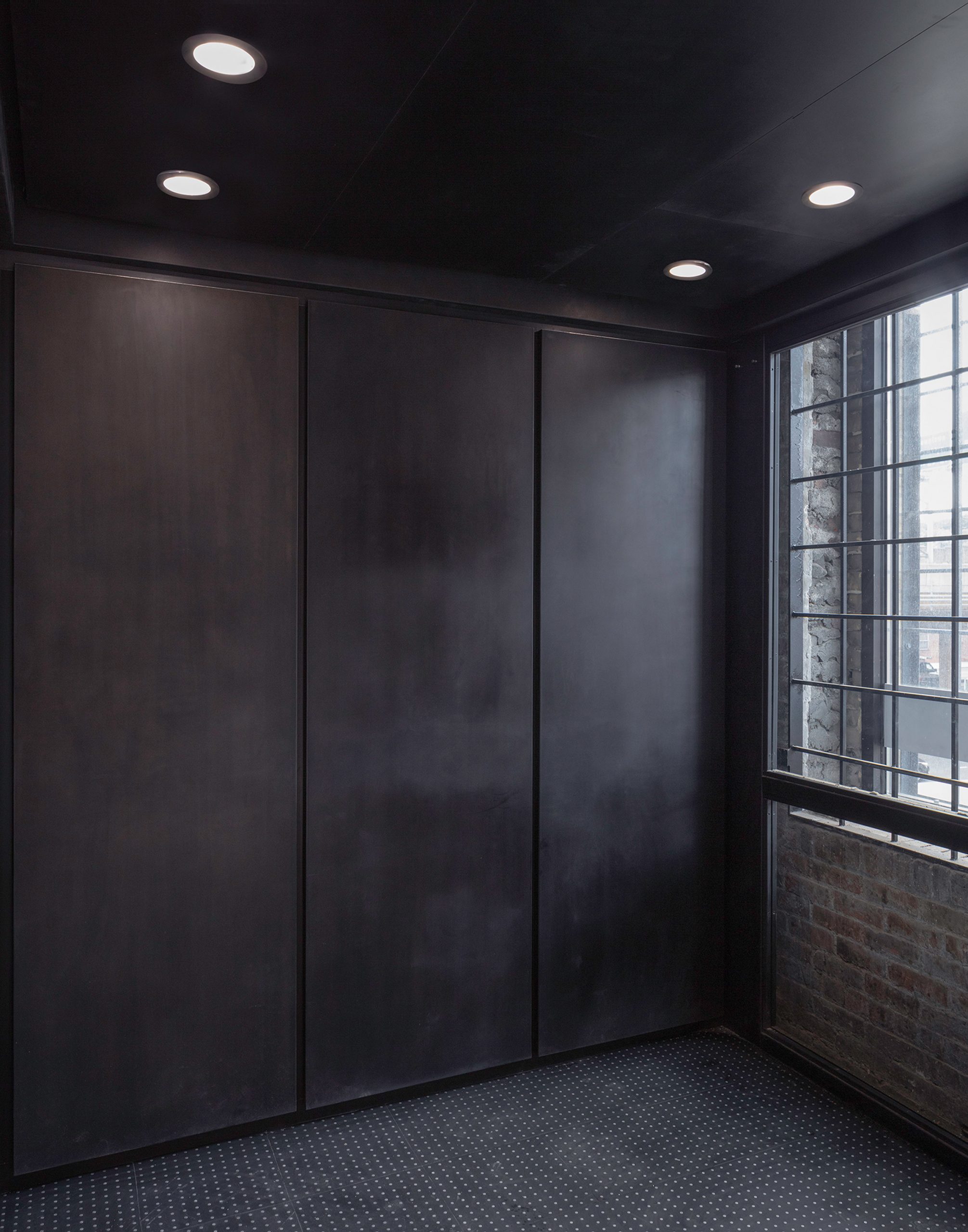 Other office projects in Brooklyn Navy Yard are a space for tech entrepreneurs located in a former warehouse renovated by New York developer Macro Sea and a new 16-storey co-working building by S9 Architecture.

Photography is by Naho Kubota.