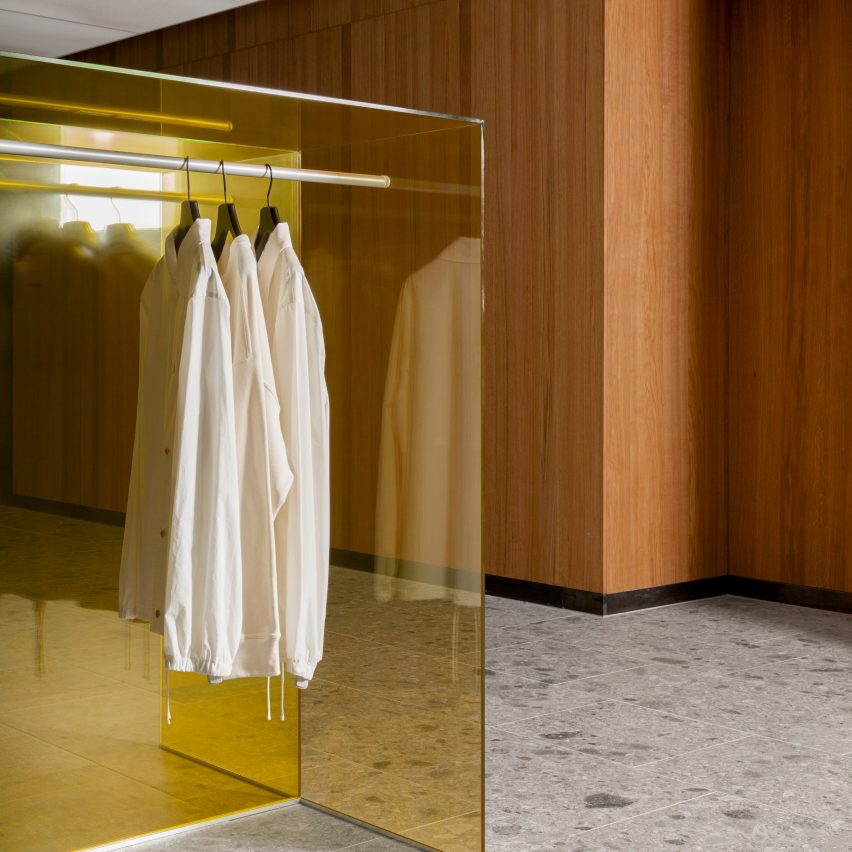 Oak, grey stone and yellow-tinted glass are some of the materials that Norm Architects has used in its minimal makeover of the menswear section of German department store Alsterhaus.

Alsterhaus is situated at the heart of Hamburg and first opened its doors in 1912. Spanning 24,000 square metres, the department store offers a mix of fashion, accessories, beauty products and homeware. 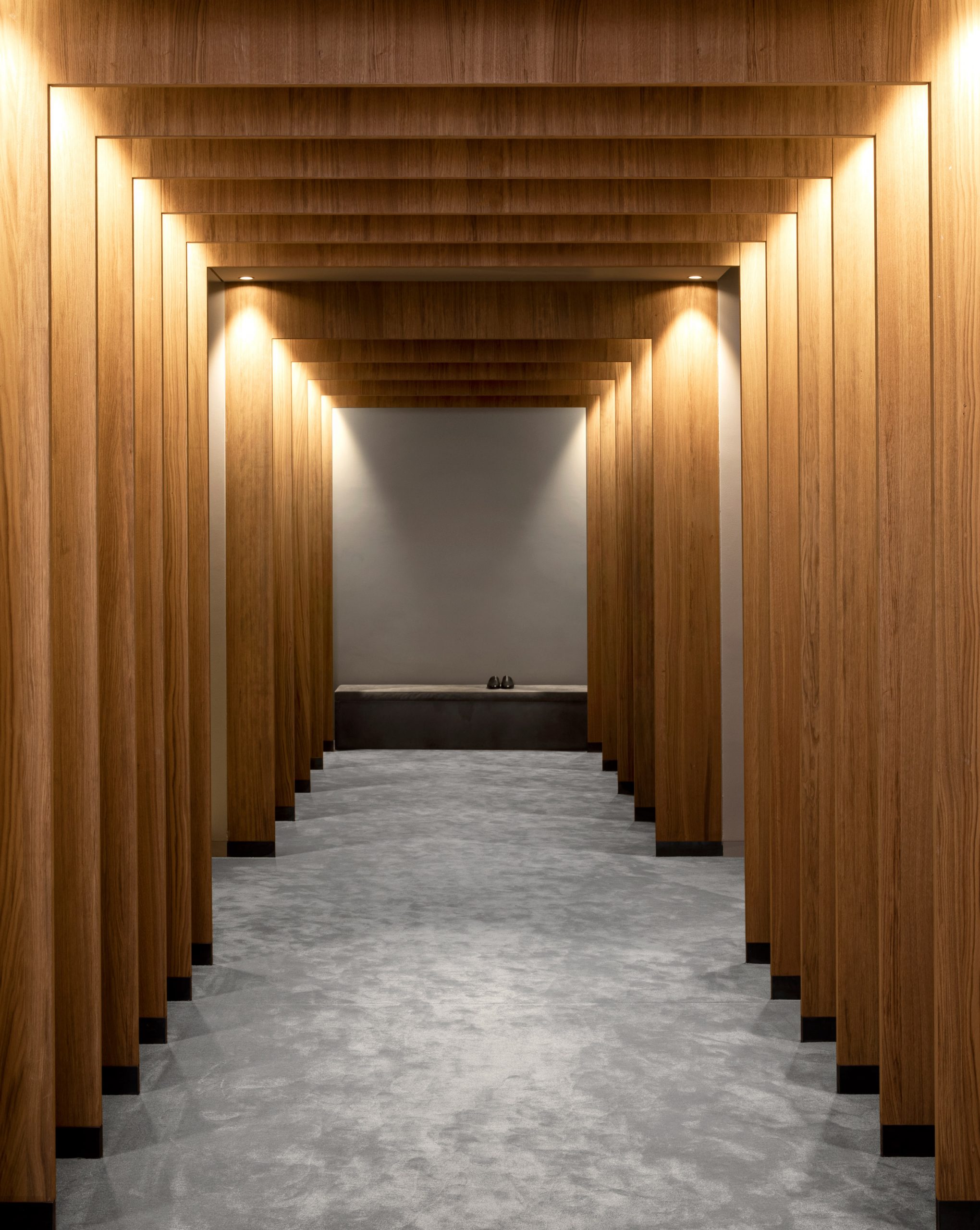 The practice was keen to create a “unity of different universes” across the men’s section that would offer customers a richer experience than shopping online – but also wanted the architecture and material palette of the space to look inherently “pure”. 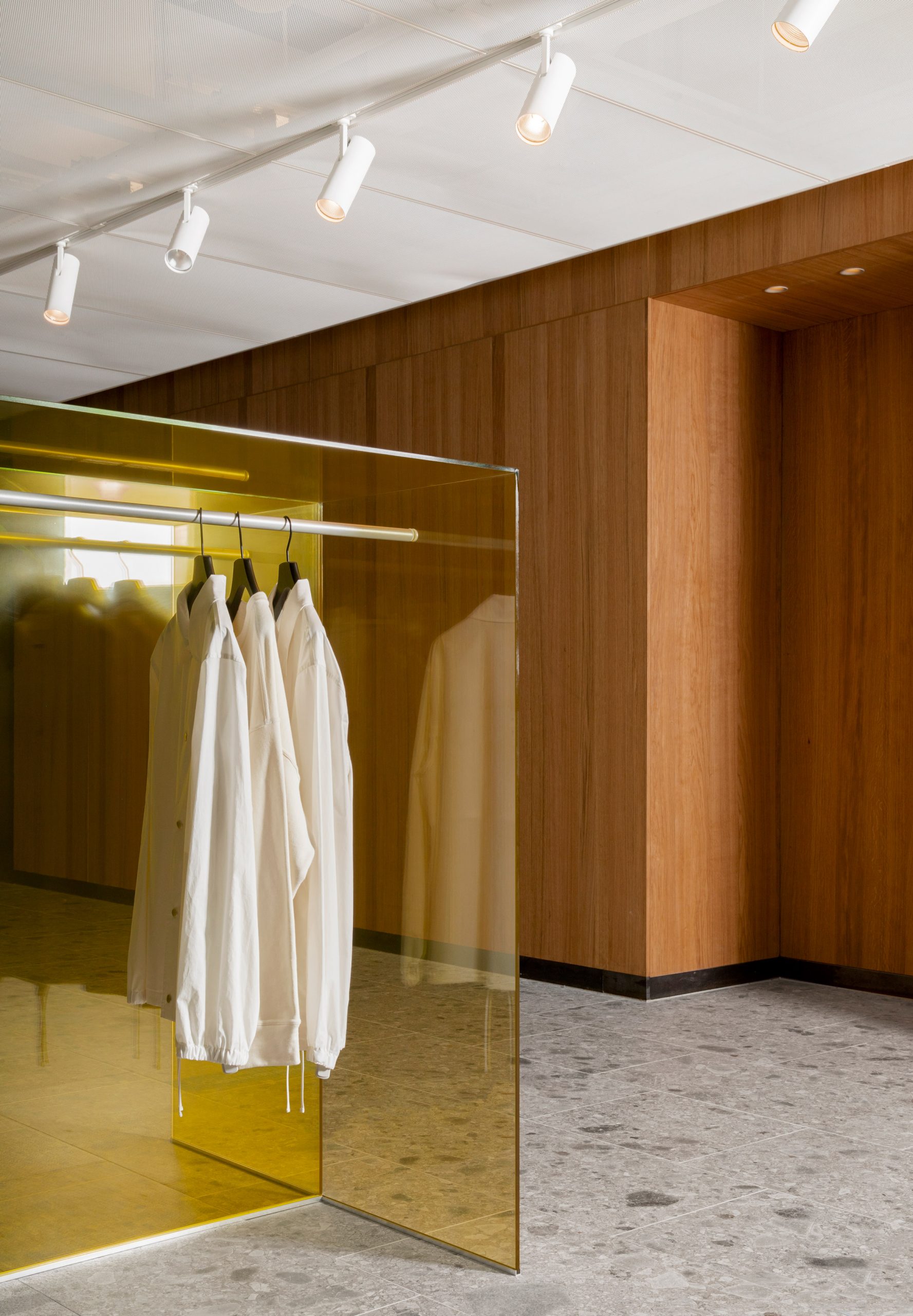 “A department store is a visually busy place and we realized early in the process that the design needed to be pared down and clear conceptually – ruling out strong patterns and ornamentation,” said Sofie Thorning, associate partner at Norm Architects.

“We looked to Mies van der Rohe and Adolf Loos for inspiration on natural materials with inherent characteristics that form textures and colours while evoking sensations of warmth, cold balancing feelings of soft and hard to the touch,” she told Dezeen. 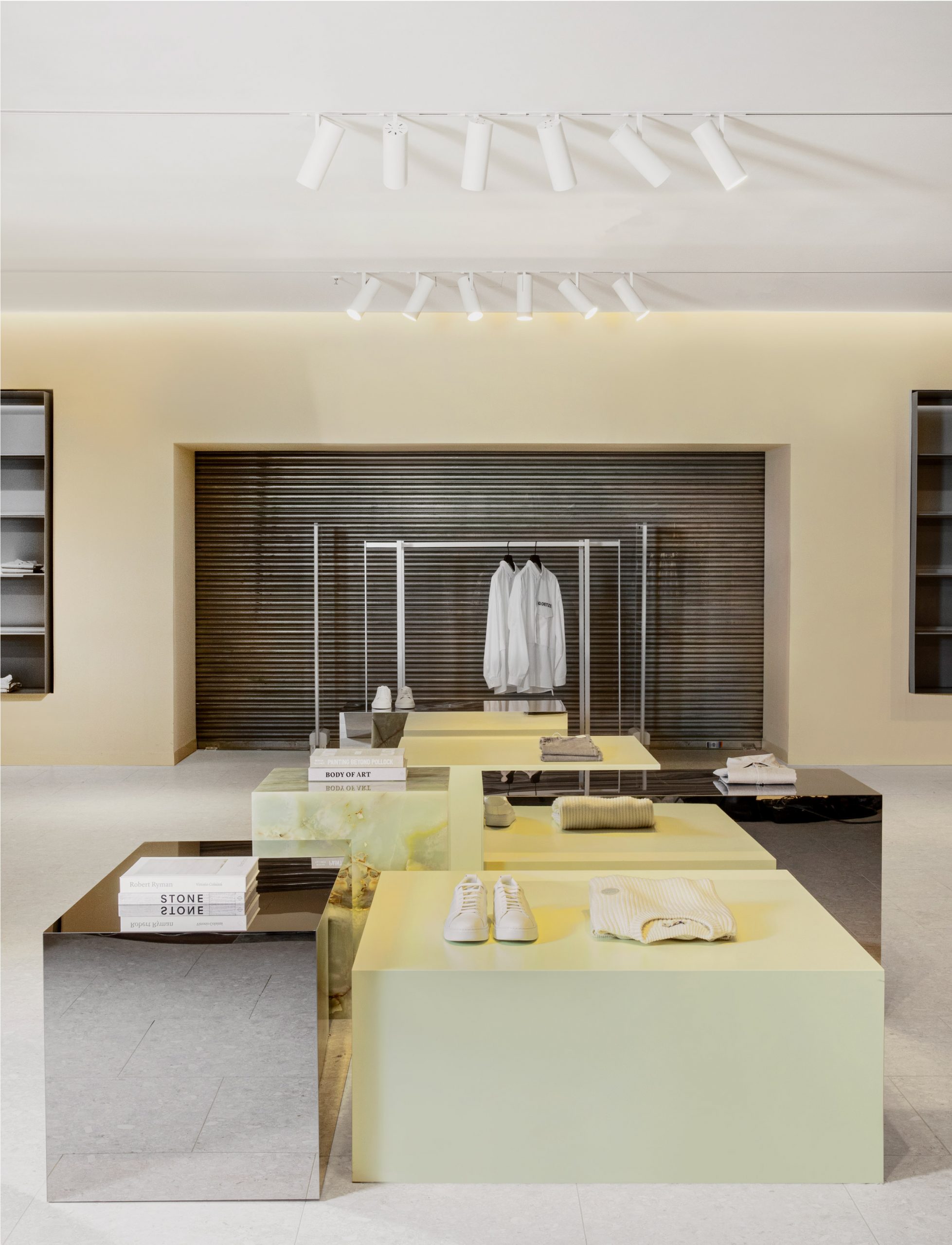 The menswear section is now orientated around a colonnade comprising a sequence of oakwood frames.

It leads off to various brand concessions that are each fronted by gunmetal signs denoting their name. 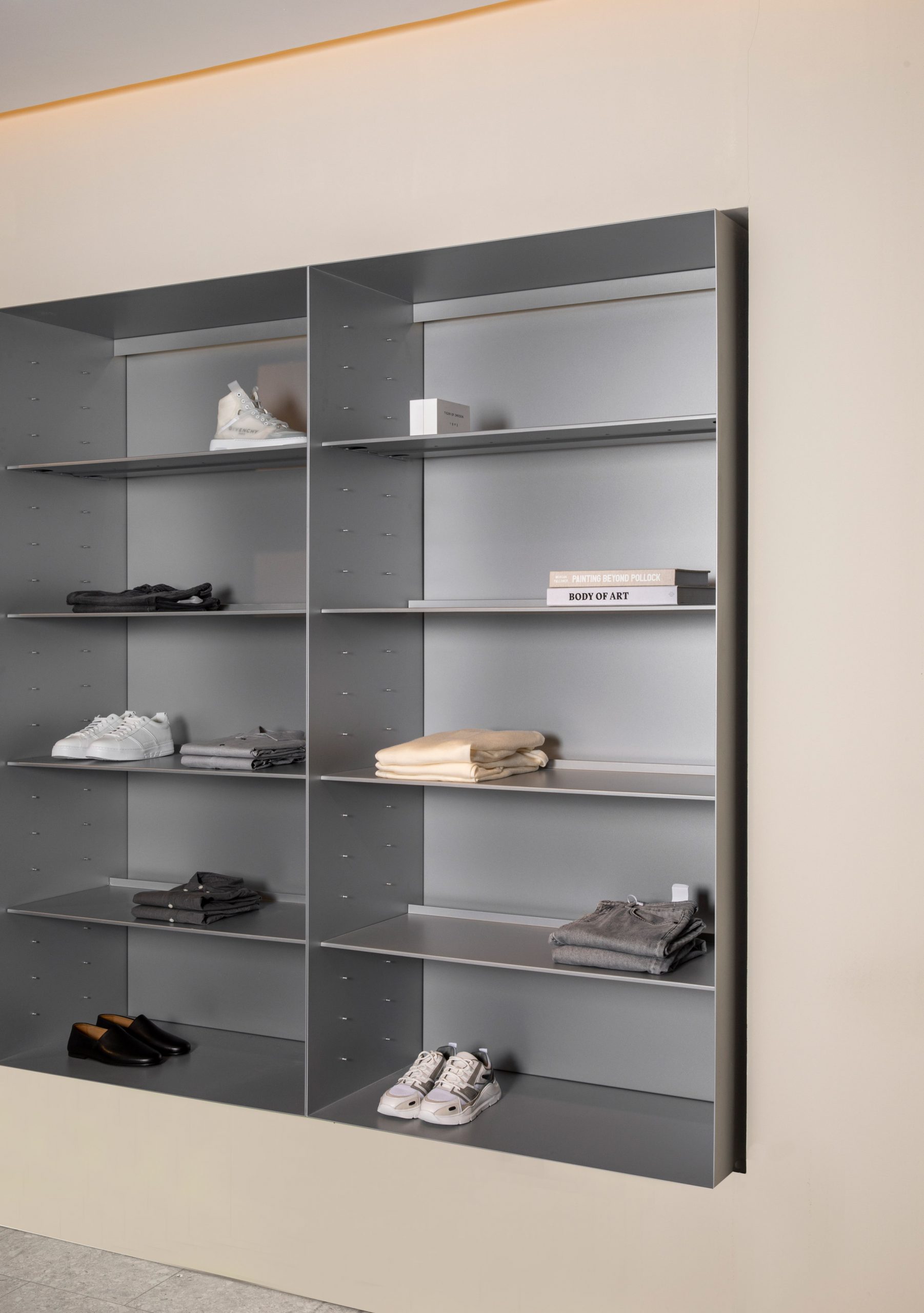 While some areas boast plush carpeting, a majority of the floor has been clad with pale-grey Ceppo di Gre stone tiles.

“This balance between richness and restraint affords the user a unique and engaging shopping experience, relying on a considered quality of materiality and space,” added Thorning. 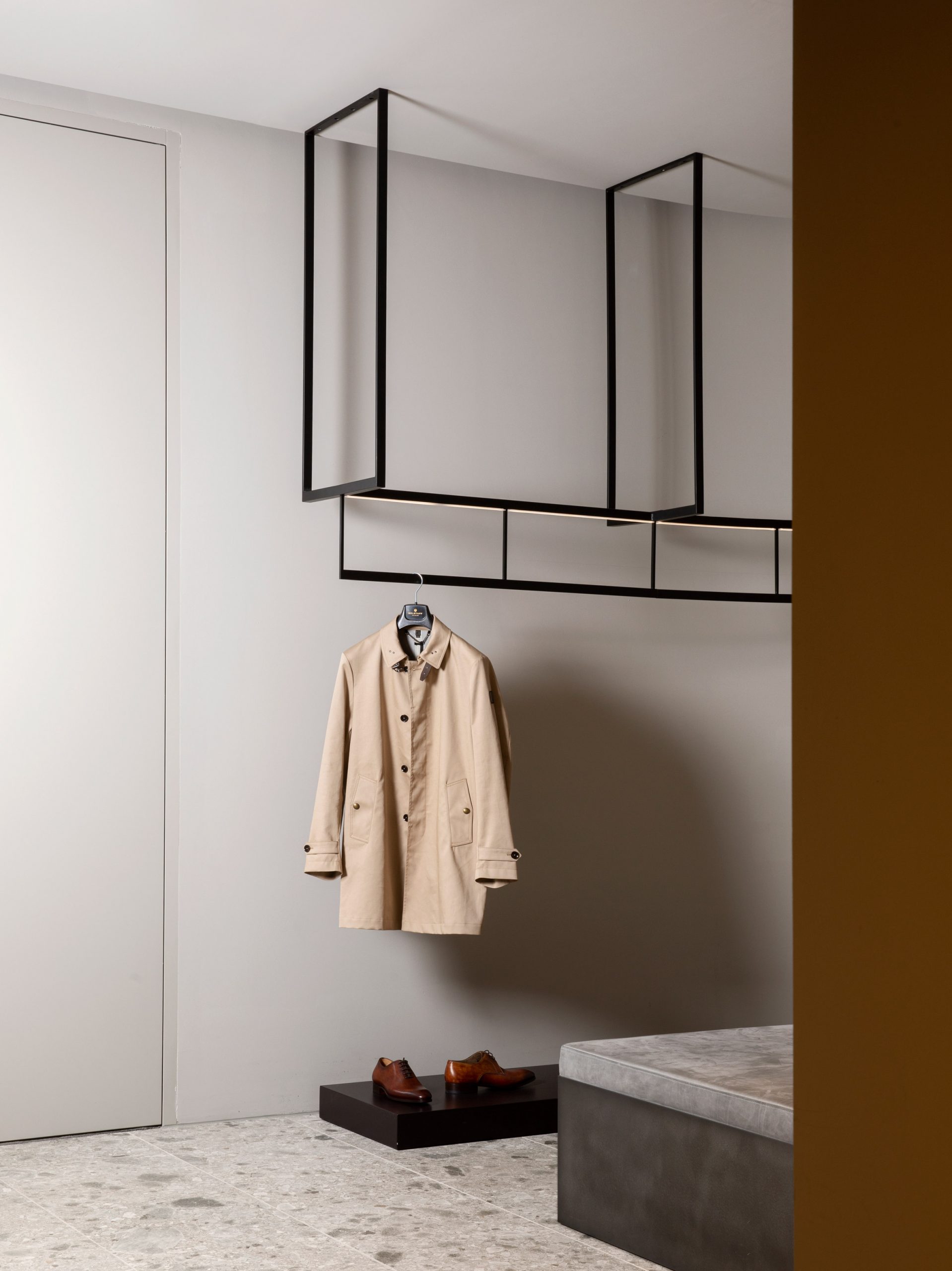 Garments hang from rectangular black-metal frames that descend from the ceiling, while smaller accessories like shoes or lifestyle items are presented on bespoke steel or dark-wood shelving units. 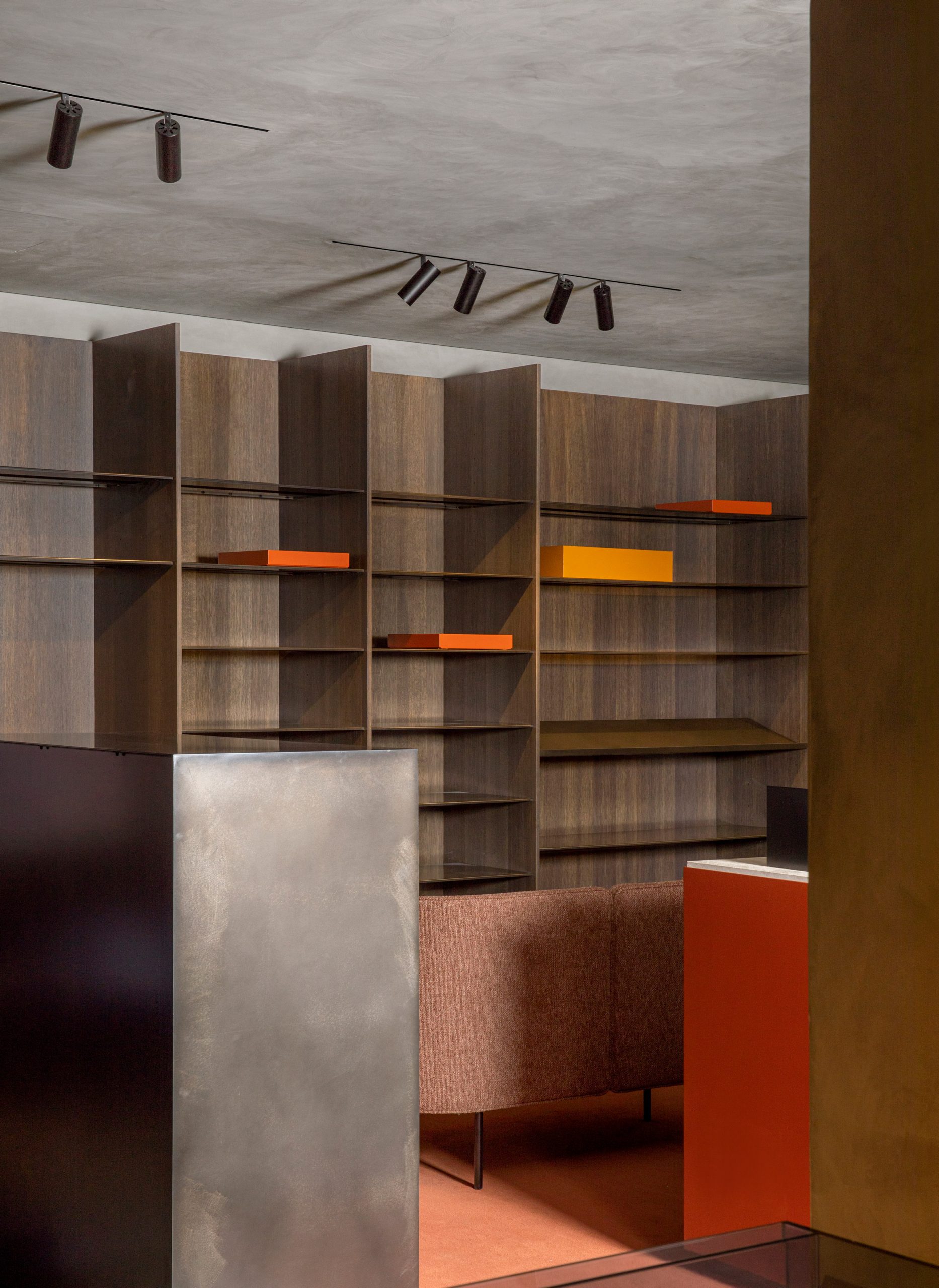 Norm Architects has been established since 2008 and was founded by Jonas Bjerre-Poulsen and Kasper Rønn Von Lotzbeck. Its most recent projects include the creation of a Copenhagen hotel that doubles as a showroom and the refurbishment of a pair of Tokyo apartments.

The practice also is longlisted in the interior designer of the year category in this year’s Dezeen Awards.

Photography is by Jonas Bjerre-Poulsen of Norm Architects.